Children Shot in the Head 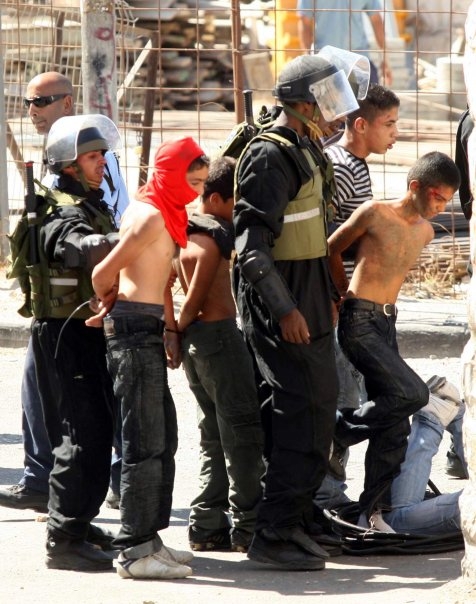 Children Shot in the Head: Not Just in Pakistan

An Internet video production and dissemination organization today features a video (see below) highlighting the difference between US news coverage of a Pakistani girl who was tragically shot in the head, reportedly by the Taliban, and the lack of coverage of the numerous Palestinian children shot in the head by Israeli forces.

The video organization, Brasscheck TV, states: “The atrocity of a young girl in Pakistan being shot in the head by a Taliban has been featured widely in the news,” and then goes on to state,”There are similar atrocities in the Middle East, but somehow these don’t make it to the news.” The video is from a 2009 Global Report broadcast on Palestinian children shot in the head.

On March 8th of this year Israeli forces killed Zakaria Abu Arram, 16, of Yatta, near Hebron, by gunfire to his head during an incursion. This seems to be the most recent* in a long series of Palestinian minors shot in the head by Israeli forces.

These deaths have been documented and reported on by numerous organizations and journalists, including Israelis, though they are rarely discussed in mainstream US media.

In the beginning months of the Palestinian uprising that began in fall 2000, the organization Remember These Children reports that approximately 90 Palestinian children and infants were killed by Israelis. The single most frequent cause of death in those beginning months was ‘gunfire to the head. These killings occurred before a single Israeli child had died in the new round of violence.

As I wrote in 2011, “In the past 10 years Israeli forces have killed at least 255 Palestinian minors by fire to the head, and the number may actually be greater, since in many instances the specific bodily location of the lethal trauma is unlisted.”

This statistic does not include the many more Palestinian youngsters shot in the head who survived, in one form or another. (Go here for more information.)

Below is a small sampling of these incidents (the term “IDF” refers to the Israeli military forces):

[For a longer list see “Gabrielle Giffords, Tom Hurndall and Palestinian Children: Shot in the Head”]

A 2009 article in the UK Telegraph, “Bullets in the brain, shrapnel in the spine: the terrible injuries suffered by children of Gaza,” investigated a situation in which doctors at a Gaza hospital near Gaza were “almost overwhelmed by the number of Palestinian children needing treatment for bullet wounds to their heads.”

It reported, “On just one day last week staff at the El-Arish hospital in Sinai were called to perform sophisticated CAT brain scans on a nine-year-old, two 10-year-olds and a 14-year-old – each of whom had a bullet still lodged in their brain, after coming under fire during the Israeli ground assault on Gaza.”

In early 2004 the major Israeli newspaper Ha’aretz featured a column by Israeli journalist Gideon Levy that was titled “Killing children is no longer a big deal.”

In his article Levy reported that more than 30 Palestinian children had been killed by Israeli forces in the first two weeks of “Operation Days of Penitence”, Israel’s 2004 invasion of Gaza.

Levy reported, “Whereas in the overall count of all the victims of the intifada the ratio is three Palestinians killed for every Israeli killed, when it comes to children the ratio is 5:1. According to B’Tselem, the human rights organization, even before the current operation in Gaza, 557 Palestinian minors (below the age of 18) were killed, compared to 110 Israeli minors.”

Levy reported, “According to B’Tselem, whose data are updated until about a month ago, 42 of the children who have been killed were 10; 20 were seven; and eight were two years old when they died. The youngest victims are 13 newborn infants who died at checkpoints during birth.”

“Mohammed Aaraj was eating a sandwich in front of his house, the last house before the cemetery of the Balata refugee camp, in Nablus, when a soldier shot him to death at fairly close range. He was six at the time of his death. Kristen Saada was in her parents’ car, on the way home from a family visit, when soldiers sprayed the car with bullets. She was 12 at the time of her death. The brothers Jamil and Ahmed Abu Aziz were riding their bicycles in full daylight, on their way to buy sweets, when they sustained a direct hit from a shell fired by an Israeli tank crew. Jamil was 13, Ahmed six, at the time of their deaths.

“Muatez Amudi and Subah Subah were killed by a soldier who was standing in the village square in Burkin and fired every which way in the wake of stone-throwing. Radir Mohammed from Khan Yunis refugee camp was in a school classroom when soldiers shot her to death. She was 12 when she died.”

Levy noted, “All of them were innocent of wrongdoing and were killed by soldiers acting in our name.” He concluded, “An army doesn’t make more than 500 day-to-day mistakes of identity. No, this is not a mistake but the disastrous result of a policy driven mainly by an appallingly light trigger finger and by the dehumanization of the Palestinians. Shooting at everything that moves, including children, has become normative behavior.”

Levy wrote, “Even the momentary mini-furor that erupted over the ‘confirming of the killing’ of a 13-year-old girl, Iman Alhamas [killed at close range by an Israeli officer who emptied his clip into her], did not revolve around the true question. The scandal should have been generated by the very act of the killing itself, not only by what followed.”

According to Levy, “The childhood of tens of thousands of Palestinian youngsters is being lived from one trauma to the next, from horror to horror. Their homes are demolished, their parents are humiliated in front of their eyes, soldiers storm into their homes brutally in the middle of the night, tanks open fire on their classrooms.”

He noted that the Palestinian MInistry of Education repoted that 3,409 schoolchildren had been wounded in the intifada, some of them crippled for life.

Recently, a video captured several Israeli policemen forcing a child onto the ground, face down, while one policeman was banged his head onto what appears to be a concrete or stone surface while another policeman holds the child’s hand behind his back to handcuff him:

In his Ha’aretz column, Levy concluded: “The public indifference that accompanies this pageant of unrelieved suffering makes all Israelis accomplices to a crime.”