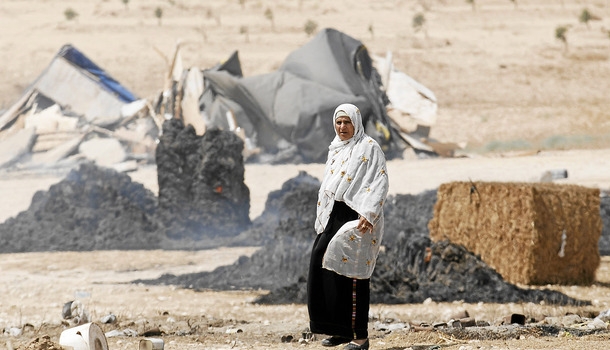 With the sponsorship of a SA organisation, the Bedouin villages of Umm al-Hiran and Al-Arakib in Israel will soon be wiped off the map

They will join 500 other Palestinian villages and towns that have suffered the same fate since 1947.

Any evidence of the existence of Al-Arakib, demolished for the 40th time in mid-October, will be concealed by a Jewish National Fund forest. A national religious Jewish settlement will be built on Umm al-Hiran.

The villagers of these so-called unrecognised villages are Israeli citizens, who the self-described Jewish democratic state claims have equal rights to Israeli Jews. But, as part of Israel’s Prawer plan, they are among 40 000 Naqab Bedouins whom Israel is forcefully relocating to government-approved townships. As part of Israel’s project to “Judaise” the Negev, it will settle 250 000 Jews in the area under a scheme known as the Blueprint Negev.

Activists and rights groups assert that the forced relocation of the Bedouin is an indication of Israel’s apartheid practices. There is another South African link: the South African branch of the Jewish National Fund lists Blueprint Negev as one of its projects, done in conjunction with the Israeli state.

The fund is often promoted as an environmental organisation and had a strong presence at the COP17 climate change conference last year. But its role is more complex and problematic. It is a parastatal and an important arm of the Israeli state. Established in 1901 to acquire land for Jewish settlement in Palestine, it owns 13% of all land in Israel and, with the Israel Land Administration, manages 93% of all land. Some fund-owned land was purchased before the establishment of Israel in 1948, but the larger part was transferred to it by the state after its founding. This allowed the state to evade its responsibility to provide rights to it for all its citizens, devolving its authority to the unapologetically racist fund.

Only Jews may use or lease fund land and, as the fund states: “The ­loyalty of the Jewish National Fund is given to the Jewish people and only to them is the fund obligated. The fund, as the owner of fund land, does not have a duty to practice equality to all citizens of the state.”

Thus, a Jew in Johannesburg, New York or Santiago has greater right to land in Al-Arakib than the Bedouins who can prove they have owned the land since Ottoman times.

The fund claims it “has evolved into a global environmental leader by planting 250-million trees … bringing life to the Negev Desert and educating students around the world about Israel and the environment”.

The truth is quite different. The fund, as it has done with other destroyed Palestinian villages that now lie beneath its recreation parks and forests, has begun planting a forest of environmentally damaging, alien eucalyptus trees to ensure that the villagers of Al-Arakib can never return. In the process of forced removals, the state uprooted hundreds of indigenous olive trees.

The fund’s influence extends beyond the Israeli state. It plays an integral role in socialising and educating Jews into Zionism and institutionalising the belief that Jews have rights to the land at the expense of Palestinians. Under the pretence of “making the desert bloom”, Jewish communities throughout the world make generous donations to the fund. Children’s blue coin boxes inculcate a sense of loyalty to Israel and certificates sponsoring trees can be bought.

Most Jewish South Africans are unaware of the real role of the fund. From families who plant trees to celebrate births and bar mitzvahs to large companies such as toy store Reggies, which encourages children to donate their pocket money to the fund, South Africans make sizeable contributions.

The goal of the fund’s South African arm is to bring 250 000 new residents to the Negev. Farmsteads will be built on sites in the Negev that are neither protected nature reserves nor army training areas. Most of the sites have been chosen for their scenic location and, in many cases, have been built on previously disturbed sites – previously disturbed by Palestinians who have lived there for centuries.