Nakba: Then And Now 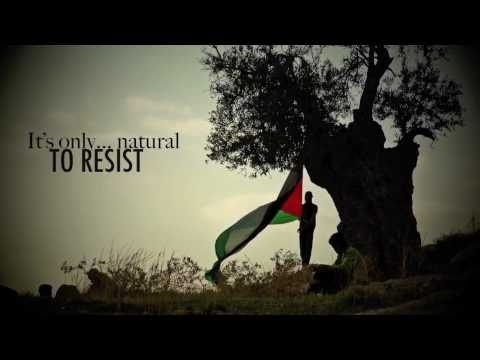 However, when we talk about the ethnic cleansing of Palestine, we do not only refer to the huge ethnic cleansing which took place in 1948 .We also refer to the continuous campaign of land grab, and current occupation and oppression. The ongoing building of thousands of settlements on Palestinian land in Jerusalem and around, is only an example of the Zionist policy of theft and oppression. For thousands of years Palestine was a holy land for its religions.

Through all these years, there has never been a conflict between Palestine two major components, the Muslims and Christians, and the tiny Jewish minority in Palestine has never had any problem.

This is in short the history of Palestine: a history of coexistence and acceptance, even before such terms become circulated. Once I asked an old Palestinian about how he explains the reasons of the harmony among Palestinians historically. In his view Palestinians were always aware of the fact that their country is a holy land. And thusly every Palestinian is a somehow Muslim and a somehow a Christian. He thinks that in addition to history, this collective sentiment of sharing and caring qualified Palestine to deserve the name of the holy land.

The Zionist invasion which came on a colonial British boat has to put an end to peace in Palestine. Palestinian waiting to get their independence as promised by major powers in post ww1 had to face a new challenge .For them the Zionist terror of putting explosives cars in markets was totally new, to a largely villager society which has no idea about this type of imported terrorism. Palestinians and Arabs who believed in the fairness of Great Britain and other European countries began to discover a new face of these countries which talk two tongues. One about self determination, the other supporting terror .This is in my view the roots of the suspicion and hostility and mistrust which haunted the Arab and Islamic worlds towards the west.

The United States of America, looked at now with hostility by most Arab masses due to its support for Israel , was viewed then by Arabs with respect and admiration, bearing in mind that it has not (until recently) colonized any Arab or Muslim country . The wiping of Palestine did not go without a reaction. The failure of Arab states to protect Palestine, and the need to meet the Zionist advancing challenge, led to the emergence of militarism in the Arab region, where young officers took power which creates a new climate in the Arab region.

One of the first victims of this development was the obliteration of the baby democracy which has already begun in the region.
There is no doubt in my view that the western world fails to stop Israel, is the major reasons for the many wars which led to militarism, and the loss of Arab resources in these wars which Arabs lost most of it , which further led to more Arab frustration, poverty, humiliation, and later to fundamentalism and hatred to the west.

Wiping of Palestine was not only converting Palestine with its cultural diversity to a racist Jewish state. To legitimate the Jewish state, major Zionist leaders have spoken about the necessity of splitting the region into conflicting religious sects, so the Jewish state would be the most powerful. The question has also taken an international dimension in light of the Zionist tireless efforts to play off the conflict between the east and west. This matter has been stated even before the establishment of the state, when Hirtezel spoke that the assumed Jewish state will be a wall that separates between civilization and barbarism. This demonstrates that the playing on cultural conflict is a Zionist old strategy.

Today Israel presents its self as defending the west, while the fact the plantation of this state is the major cause of this confrontation because there were no Arab negative sentiments towards the west before the establishment of the Zionist state. Netanyahu first reaction, after the 9.11 terror attract in the Us, that it’s good for Israel, reveals the pattern of thinking of this state its existence and continuation is based on putting cultures against each others.

The Zionist claim that Israel protects the interest of the west is yet another myth, because it assumes a conflict between Arabs and the west and this is groundless. Arabs have always expressed that they seek the best relation with the west, but Arabs demanded that the west stops its policy of supporting the occupation. The past history has shown beyond doubt that as long as there is occupation, and oppression the region will move from war to war and it is hard to believe that this goes in the interest of the west.

Before 65 years the peaceful Palestine was wiped off by Eastern European Zionists. Instead of being a meeting place for cultures Zionists made it a place for wars and hatred. Its peaceful native was expelled and displaced. Its cultural peaceful heritage has been totally changed. Palestine was replaced by a military state with mass destruction enough to put the whole Middle East and perhaps further into rubbles. This I guess was not the wish of Jesus the Christ, nor the wish of Ghandi who stood against the establishment of a Zionist state. Nor it should be the wish of all those who seek peace, fairness and justice in Palestine and the world.

A Palestinian-Norwegian historian in the Middle East, who has written extensively on social and political issues in the region.