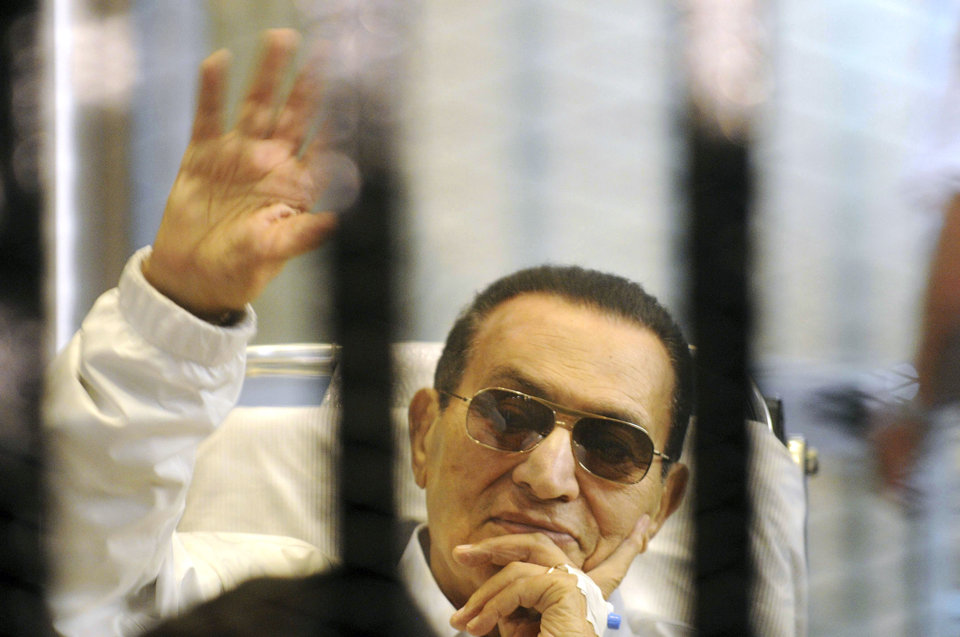 After a week of massacres that have left thousands of unarmed protesters killed or wounded, the Egyptian military junta is moving to free the hated former dictator, Hosni Mubarak, who has sat in prison since a revolutionary uprising of the working class forced his ouster in February 2011.

When a judge cleared Mubarak on corruption charges yesterday, Mubarak’s lawyer Farid el-Deeb told the press: “All we have left is a simple administrative procedure that should take no more than 48 hours. He should be freed by the end of the week.”

El-Deeb confidently predicted that Mubarak would be cleared of another outstanding corruption charge. He would then be free to leave prison on bail, while appealing his conviction on charges of failing to stop the army’s massacres of protesters during the 2011 uprising. The junta, which includes many feloul—ex-Mubarak regime elements—and whose massacres have claimed approximately 1,000 dead and 6,000 wounded, according to official estimates, will be desperate to acquit Mubarak on those charges as well.

The mass murder carried out by the junta and its rehabilitation of the hated dictator Mubarak show that its July 3 coup, backed by liberal and pseudo-left forces of the Tamarod (“Rebel”) coalition, was a counterrevolutionary conspiracy against the people. It was aimed at pre-empting rising working class protests against the now-deposed Islamist president, Mohamed Mursi, and restoring the conditions existing before the Egyptian revolution.

For two years, the feloul and their middle class allies have gritted their teeth, straining to hide their class hatred for mass protests by workers demanding jobs, democratic rights, and an end to poverty. They bided their time, hoping to restore political conditions that would allow them to safely enjoy their share of the profits from corrupt business empires assembled under Mubarak. Now that the junta has re-imposed the state of emergency, restored the political police, and sent tanks into the streets to massacre protesters, they are trying to seize their chance.

Yesterday, military strongman General Abdel Fattah al-Sisi threatened new crackdowns against further opposition: “We will not stand by silently, watching the destruction of the country and the people or the torching of the nation and terrorizing the citizens.”

In fact, it is the junta and its allies that are seeking to terrorize the Egyptian people and forestall an eruption of mass political struggles against its reactionary policies. Not only have they re-imposed the dictatorial forms of rule that existed under Mubarak, but they are slashing critical food and fuel subsidies upon which tens of millions of Egyptian workers depend.

The junta announced yesterday the murder of 36 more protesters, who had been captured at Cairo’s al-Fath mosque near Ramses Square, while they were in police custody. It is also carrying out mass arrests of protesters, including 1,004 demonstrators after Friday’s protests.

The Interior Ministry also announced the banning of “popular security committees” yesterday, demanding instead that Egyptians respect the 7pm-6am curfew imposed by the junta. In part, this reflected increasing complaints about vigilante groups of thugs that Tamarod has called upon to attack pro-Mursi protesters. However, it also reflected the junta’s deep fear of opposition in the working class, which formed popular committees to defend themselves against police thugs during the 2011 uprisings.

Mursi’s Muslim Brotherhood, which also fears that further protests could encourage a political explosion in the working class, called off all but three of its nine scheduled protests. It diverted those protests away from scheduled routes, in order to prevent further clashes with the army.

By backing the counterrevolutionary Tamarod organizations, pseudo-left charlatans like the Revolutionary Socialists (RS) have shown that they stand on the other side of the barricades from the working class. The next revolutionary offensive by the working class can only develop in opposition to these reactionary forces, which the junta aims to fully integrate into the state, and their imperialist backers.

Manpower Minister Kamal Abu Eita is finalizing a draft law on “trade union freedoms” to give “independent” trade unions set up by organizations such as the RS access to positions and state funding. (See: “How Egypt’s Revolutionary Socialists helped pave the way for military repression”) Abu Eita is also working closely with the Persian Gulf’s reactionary oil sheikdoms. He has secured a $2 million donation from Sheikh Sultan bin Mohammed Al Qasimi, the ruler of the Sharjah, for “development programs for the Egyptian working class” to help the labor ministry and the union bureaucracy operate factories closed down during the revolution.

The goal of this operation is to give the union bureaucracy and the pseudo-left parties lucrative positions as exploiters of labor, with a direct financial interest in suppressing working class struggles in the most strategic sectors of the economy. Abu Eita commented, “We intend to benefit from the experience of Latin America in re-operating closed factories.”

The imperialist powers are also funding the counterrevolution. While many US and European officials have expressed their discomfort with visibly backing the junta as it massacres protesters, fearing this would provoke popular opposition at home, they continue to support it. The Obama administration has not cut off its $1.3 billion in yearly US aid to the Egyptian army and is still effectively funding the junta’s crackdowns.

The White House is signaling to the junta that if it can quickly crush the protests, it will meet no opposition from Washington. One Obama administration official cynically told the New York Times, “While the violence is intolerable, we may be able to eventually accept these decisions if the violence ends, and quickly.”

The Egyptian army is a critical tool of US imperialist intervention in the Middle East. It grants US warships immediate rights to passage through the Suez Canal and US warplanes overflight rights on their way to bomb targets in the Middle East. This considerably shortens deployment times for US forces. This reportedly played a major role in facilitating the 2003 US invasion of Iraq, when Turkey’s refusal to allow US forces in Turkey to attack Iraq forced the US Navy to redeploy aircraft carriers south through the Suez Canal.

In a further indication that Washington’s relations with the junta remain strong, the aircraft carrier USS Harry Truman escorted by two guided-missile destroyers and two cruisers passed through the Suez Canal yesterday without incident.