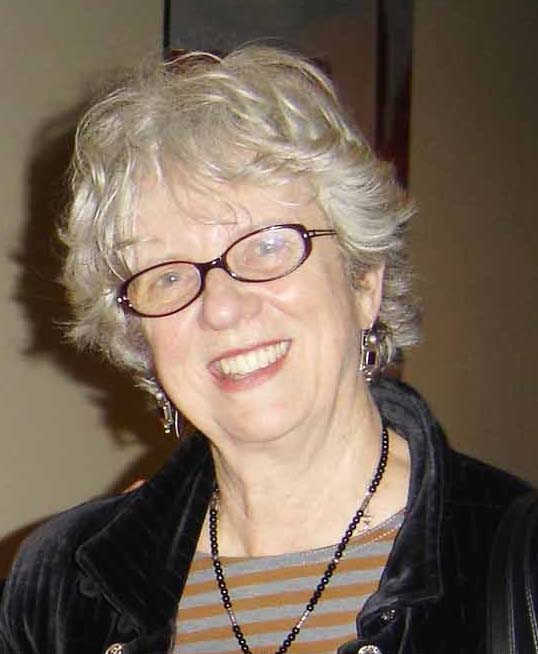 Exactly fifty years ago, Eleanor Logan, a young woman with ANC connections was detained by the Durban Security Police on August 18th, 1963. She steadfastly refused to answer questions, consequently withstood brutal interrogation, fought back by going on a hunger strike, feigned a mental breakdown, and was transferred to the FortNapier mental asylum in Pietermaritzburg. Held in a lock-up for the criminally insane she made a dramatic escape six weeks later.

I met Eleanor in Durban in 1960 in the wake of the Sharpeville massacre and a year later we became lovers. That was a dangerous and dramatic time in South African history. Eleanor was one of that rare breed of white South Africans who became actively involved in the liberation struggle against the apartheid system, at a time when the ANC-led Movement embarked on violent resistance. She did remarkable things with humour, verve and courage and engaged in a personal duel of wits with her brutal Security Police captors.

It was at Griggs, the city bookstore where she worked, that Eleanor was arrested a month after the Rivonia arrests of Walter Sisulu, Govan Mbeki and others. We had been living together for two years and I was on the run from the police, wanted with others for numerous sabotage operations that had rocked the city. They believed she knew where I and fellow accomplices were hiding. In fact Eleanor was herself a member of Umkhonto weSizwe (MK) and was a key contact of the underground. She had secreted four of us at her parent’s desolate property outside Durban off the national highway near Kloof.  She continued to link us with Bram Fischer and what remained of the national leadership in Johannesburg. It was during her detention, and information extracted from other detainees, that the security police began to realise that Eleanor was involved in far more seditious activity than simply aiding me.

This surprised them although she had participated in protest demonstrations against the apartheid government’s repressive laws including the draconian Sabotage Bill allowing for 90 days detention without charge or trial. When it became law mid-way through 1963 many Durban activists were detained amongst them Billy Nair, Curnick Ndlovu, M.P. Naicker, Riot Mkwanazi,  Sunny Singh and others and later Ebrahim Ebrahim. A few young people such as Eleanor were prepared to come forward and take on responsibility despite the huge risks. She had already been assisting Helen Joseph and Durbanite Dr. Gunum in providing succour to banished people in Natal.

Eleanor was an elegant, slender young woman, a divorcee with a young daughter. Scots-born, but always regarding herself as South African, she came from a moderately privileged background. Her parents, Helen and Jimmy Logan, were Scots emigrants, well-known in Durban business, art and book circles. Eleanor was born in Scotland in 1936 whilst her father was undergoing an engineering apprenticeship and was brought to Durban at the end of that year. She grew up in the city attending Durban Girl’s College before studying art. Following her divorce she went to work as a shop assistant at Griggs Bookstore and soon engaged in trade union activity as well as joining the ANC-aligned Congress of Democrats. A naturally discreet person who never sought the limelight few would have believed Eleanor was involved in so-called subversive activities. Her revulsion for apartheid cruelty had led her to join the Liberal Party but following the Sharpeville massacre she was drawn to the ANC-led liberation movement. With state violence and repression on the increase she came to understand the need for armed resistance and became actively involved in the early operations of MK. She acted as a get-away driver for our MK unit and participated in attacks on a Special Branch office, the Durban Post Office and the felling of electric pylons which plunged the city and much of the Natal province into darkness. For this latter operation dynamite was used and she had played an important role in assisting an MK raiding party gain access to a depot where the commercial explosives were stored. On a reconnaissance visit to the site she had noted the brand and serial number of a padlock on the main gate and then shopped around Durban’s hardware stores until she found an exact copy. The MK unit had no need to use the heavy bolt cutters they carried when the key she provided them with gave silent access to the compound. In fact Eleanor must rank as one of the earliest, if not the first, female MK members to have participated in actual operations. She was not without fear but managed to conquer her nerves because she believed in the justice of the struggle.

From the onset of her detention she began to plot her escape and wheedled her way into hospital with this objective in mind. When a sympathetic psychiatrist recommended she be sent to Fort Napier for observation the Special Branch were furious but jeered at her when they delivered her to the highly secure lock-up section for criminally insane inmates telling her she would soon be begging to be returned to her more cosy Durban prison cell. Undeterred she overcame her fears coming to terms with the frightening environment and the heavily drugged inmates. With her easy charm she managed to get the nursing staff to trust her. She managed to purloin staff clothing and make-up for a disguise, forged a staff identity tag and won the support of an African nurse to unlock a crucial door for her when she learnt the Security Police were due to take her back to Durban prison. In her disguise she joined other staff members leaving the grounds through security gates. The security men on duty barely paid attention to her as she exited.

She swiftly made her way to friends in the city, cut and dyed her blond hair black and dressed as a schoolboy. Friends drove her past the unsuspecting police road blocks and once in Johannesburg she was reunited with me. We were driven to the border by a car and driver arranged by Bram Fischer and two months after Eleanor’s arrest crossed into then Bechuanaland disguised as a Muslim couple. We married in Dar Es Salaam where Eleanor worked in the ANC office until we relocated to London. She became the family breadwinner, first studying as a geology technician and then working as an administrator at the London College of Fashion, whilst I was deployed by the ANC in Africa. During almost  three decades in exile she continued to carry out important support work for the underground in South Africa and taught many recruits in England, destined to return to South Africa, the art of clandestine operations and disguise in which she was an expert.

She gave birth to our two sons, Andrew and Christopher, in London with Andrew years later becoming popular in the Johannesburg music and radio scene as “The Admiral” whilst Christopher works for a British trade union. A great sadness in Eleanor’s life was leaving her young daughter Brigid behind after her escape. Her parents took care of the young girl but refused to allow her to join her mother until 1975. This was a shocking blow and wore heavily on Eleanor until her dying day although she was able to forgive and reconcile with her parents whom she nursed during the final stages of their respective illnesses. Eleanor and I were happily married for forty-five years. She died in 2009 collapsing from a sudden stroke at our Cape Town home. Her escape from custody in 1963 showed that the Security Police could be out-smarted. Tributes flowed after her death, attesting to the extraordinary courage she had displayed and the contribution she made in exile in the clandestine struggle against apartheid.

President Jacob Zuma referred to her as “a woman of principle who demonstrated great bravery, resourcefulness and initiative…resolute to her commitment to the people of South Africa and to the cause of freedom everywhere.” He posthumously presented her with a bravery medal last year at a military parade for MK veterans. Former President Mbeki described her as moving “amongst us with an easy grace” carrying “no megaphone to broadcast a message of self-praise, nor any banner to proclaim that she had courageously dedicated her life to serve the people.” In recommending a book I wrote about Eleanor entitled “The Unlikely Secret Agent”, John Le Carre, the master of spy novels whom we had met in Britain, stated that she was “a courageous and extraordinary woman who was highly principled, yet endowed by nature with all the clandestine skills.”

She showed that even the most unlikely people could be empowered by serving in a just cause to accomplish great deeds of heroism and sacrifice. She epitomised thousands of unsung heroes and heroines who contributed in small and big ways to help bring about our freedom.

It saddens to think that 50 years ago it was the regime’s security police who preyed on people in so cruel a manner and today we are marking the Marikana massacre carried out by our democracy’s so-called ‘Police Service’. Had she lived, I have no doubt that Eleanor would have been outspoken in her condemnation of what happened this time last year under the democratic dispensation she sacrificed to bring about.

The example of her sacrifice, the sparkle of her life, and the adroit way she turned the tables on her police persecutors serve as an example to all who cherish freedom and justice.

Ronnie Kasrils is a writer and former government minister. He will be talking about the latest edition of his memoir “Armed and Dangerous” at Ike’s Bookstore, Florida Road, Durban on 22 August; the Bessie Head Library in Pietermaritzburg on 23 August; the Midlands Book Festival 24 August; the Mail & Guardian Book Festival, Johannesburg 31 August and will be the keynote speaker at the Launch of  Why Israel? The Anatomy of Zionist Apartheid – A South African Perspective (Porcupine Press) at the Apartheid Museum in Johannesburg on the 1st of September.