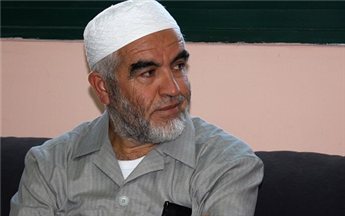 Khalid Zabarqa, a lawyer who runs al-Aqsa Foundation for Development, told Ma’an that an Israeli court released the Islamic Movement leader on condition that he stay at least 30 km from Jerusalem for six months.

Salah told the court he would not adhere to the ban order and refused to sign it.

Salah was arrested for incitement against the state of Israel in a sermon in Kafr Qarie village last week when he blamed Israel for a burning the al-Aqsa mosque, an Israeli police official said.