Is South Africa a Valuable Base for Terrorism or a Target for a Terrorist Attack? 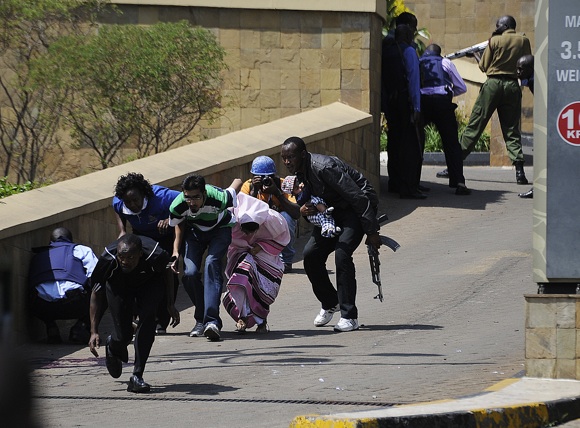 The Kenyan Westgate shopping mall attack has left the world reeling in fear.  However Samantha Lewthwaite aka the “White Widow” or any other terrorist considering South Africa as a valuable base for terrorism and whether South Africa could be a target of a terrorist attack is extremely worrying.

To unpack the issue of South Africa being a sanctuary or safe haven for terrorists, Moulana Sulaimaan Ravat hosted Anneli Botha, a senior researcher from the Institute for Security Studies (ISS) and Iqbal Jassat, the executive member of the Media Review Network (MRN) on the 27 September. (Listen to the PODCAST here )

In 2011, Botha was told that she was serving a Western agenda when she tried to warn authorities that Africa needed to “wake up” as only 4400km separated Johannesburg from Nairobi. “It’s not that far and the attacks are becoming closer and closer,” warned Botha.

Botha told Moulana Ravat that based on her research conducted in Eastern Africa she met with people that were involved in Al-Shabaab; people serving prison sentences who’ve admitted to being in South Africa.

Jassat warned that from the outset one must be very clear that if such research is conducted, there must be a deconstruction of elements. These elements he said are usually associated by particularly people who have a pro-West bias in deconstructing in what they view to be “terrorism”.

“I think it is therefore important that if we fail to deconstruct these concepts that relate to what Anneli loosely calls terrorism and Al-Shabaab; Shabaab unfortunately in the wake of the Kenyan tragedy personifies something that appears to be horrible, terrible, against human values and morality,” said Jassat.

Jassat stressed that if Botha was honest in her analysis she would recognize that until seven years ago there was no Al-Shabaab within Somalia. He said the destabilization and the military occupation that was supported and directly aided and abetted by the Americans brought about the kind of destabilization that the Somali’s have yearned for under the Islamic Courts Union.

Moulana Ravat mentioned that anyone is at liberty to disagree with the analysis of Anneli Botha, Professor Hoosein Solomons and De Wet Potgieter, but questioned if there was any evidence to their credibility, their motives, whether there was a pro-Western agenda or being financially backed by Israel.

Jassat said that on that basis there was the retraction that followed the so-called sensational scoop that De Wet Potgieter had made earlier this year that was published in the Daily Maverick; and of course the deeply humiliating admission that the editor of the online publication Branco Brkic was forced to concede.

“This (scoop) was completely over the mark, it was completely unsubstantiated, there was no crosschecking, De Wet Potgieter did a lot of ‘thumb sucking’,” said Jassat.

Regarding Solomons, Jassat said “the most shocking thing that has been revealed overnight Moulana is that Khatija Patel, a very well known journalist posted on her Facebook blog comments that a colleague of hers in Reuters has been told on the record by Solomons that he has no way to backup; he hasn’t any evidence about the allegations that he (Solomons) has been making in the recent 48 hours.”

Botha said that she’d been asked to comment on the research, articles and accusations by Potgieter and Solomons to which she replied she couldn’t comment on the accuracy of the information.

Asked about South Africa being a safe haven for terrorists, Botha said that every country has a unique set of vulnerabilities. She said that the criteria she used for her research focused on:

Border control and the level of corruption; the level of integrity of travel documents especially passports; the internet banking and communication system and what measures are in place to prevent abuse; the flow of people to and from the country; the question of legal and illegal immigrants in a sense of to what level are those people being integrated into society and to what extent they feel that they are part of society and what contributes to that particular country itself. “

Jassat rebutted to the criteria set out by Botha stating that this was a “song sung” by them for a number of years. “They have not ever had the courage to concede that they have been tightening up of controls. And at the same time there has been a failure on their part to acknowledge the kind of corruption that may occur within right wing circles, which also ought to be under the radar.”

As for the case of Samantha Lewthwaite or the “White Widow”, Annelize said that she didn’t know if Samantha ever was in South Africa. “All the pictures we have in terms of her passport, that yes she had a South African passport.”

Asked to comment if it was premature or sensationalist the way the media has been reporting on Samantha’s aka the “White Widow’s” alleged involvement and linking it to the perception or the claim that South Africa is a safe haven, Annelize said, “I think its premature and I’ve said it before, I said that there’s no real evidence to link her, firstly in the attack and secondly of being in South Africa.”

Botha said her research is on going and South Africa cannot turn a blind eye if there are allegations of the country being used as a safe haven. “We cannot say, listen it will never happen to us. We can’t put our heads in the sand and say we don’t see it, so it doesn’t exist. We have to take responsibility towards it,” said Botha