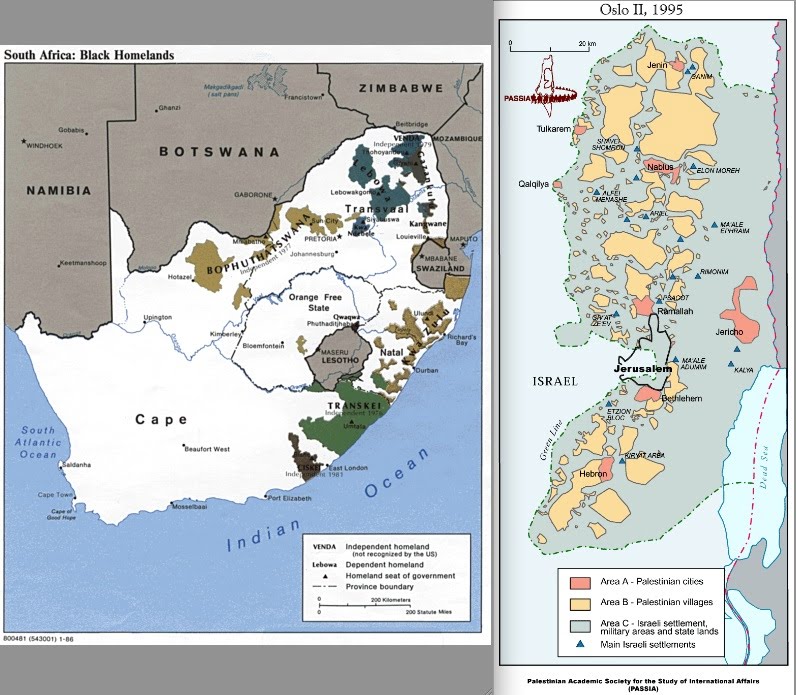 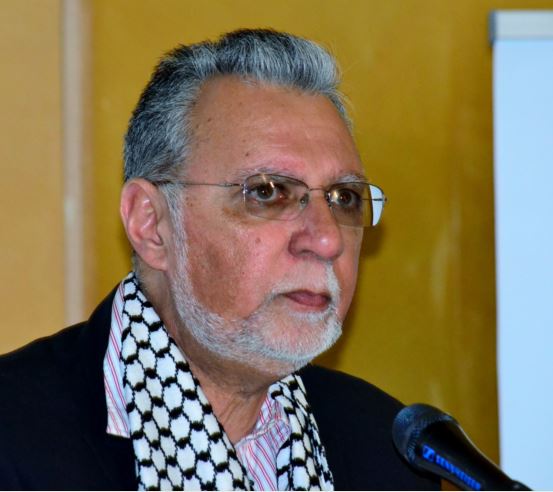 H.F.Verwoed, former SA Prime Minister, observed in 1961 that the Jews “took Israel from the Arabs after the Arabs had lived there for a thousand years. In that I agree with them. Israel, like South Africa is an apartheid state.”

From its origins in the 19th century, Zionism, the official ideology of the state of Israel,  centred on the idea of creating a specifically Jewish state in which Jews would be protected and privileged over non-Jews.

In 1991 the United Nations General Assembly (UNGA) rescinded, after intense USA and Western pressure, the resolution that condemned Zionism “as a form of racism and racial discrimination”. This was followed three years later by the dismantling of Apartheid SA leading up to a democratic, non-racial and unitary South Africa.

The Israeli Apartheid Week (IAW) which begins in SA from the 10-17 March, have staged events in hundreds of cities and college campuses across the world, spotlighting on what is believed to be the last outpost of Apartheid in the world.

Zionism, as preached and practiced by Israel since 1948, is indisputably, undeniably, racist.

If you are a Jew, you have exclusive use of land, privileged access to private and public employment, special educational loans, home mortgages, preferences for admission to universities, and many other things. Israelis must carry a card which identifies them as either a Jew, a Muslim, or a Christian.

Other special privileges are reserved for those who have served in the Israeli military. And military service is compulsory for all Jews (male and female), except for the ultra-Orthodox who get the same privileges as other Jews, but excludes Palestinians, who do not.

Analysts have noted that the similarities between Israel and pre-1994 South Africa lie in the ideological underpinnings of Jewish and Afrikaner nationalism, and in the consequent Apartheid systems each has deployed in order to assure purity of and power through their respective nationalisms.

Afrikaner Calvinist belief that Afrikaners were predestined to settle and develop the land of South Africa, along with a strong exclusive national culture fostered through the Afrikaner language, gave justification and legitimacy to their expropriation of the land. There was simply no moral space in Afrikaner thinking for indigenous Africans. Apartheid was embraced as a way to ensure white survival, and was rationalised as providing an opportunity for Black development in tribal Bantustans.

The South African National Party believed political power to be an essential safeguard for Afrikaner survival as a nation, just as the major Israeli political parties believe Jewish power is necessary to Israeli survival and security. Zionist exclusivism, based as it has come to be on prophet Abraham’s (pbuh) covenant with God and the notion of redemption, has its own agents of intellectual legitimisation.

Afrikaner intellectual Van Wyk Louw castigated his fellow intellectuals who formulated and accepted Afrikaner exclusivism and rationalised racist laws and practices as absolutely necessary for white survival and security over the decades. What Van Wyk Louw said of South Africa then is equally true of Israel now: “Any threat to it instantly call[ed] for resistance which [could] be stirred to fantastic vehemence by the urge for national self-preservation.”

The objective of Zionism has never been merely to colonize Palestine. What distinguishes Zionism from other colonial movements is the relationship between the settlers and the conquered peoples.

The Zionist movement sought to achieve a Jewish majority and to establish a Jewish state on as much of the land as possible. The methods included promoting mass Jewish immigration and acquiring tracts of land that would become the inalienable property of the “Jewish people.” This prevented the indigenous Arab residents from attaining their national goals and establishing a Palestinian state, and displaced Palestinians from their lands and jobs when their presence conflicted with Zionist interests.

The avowed purpose of the Zionist movement was not merely to exploit the Palestinian people but to disperse and dispossess them. The intent was to replace the indigenous population with a new settler community, to eradicate the farmers, artisans and town-dwellers of Palestine and substitute a new workforce composed of the Jewish settler population.

In 1895, Theodore Herzl, Zionism’s founder, wrote in his diary:

“We must expropriate gently the private property on the state assigned to us. We shall try to spirit the penniless population across the border by procuring employment for it in the transit countries, while denying employment in our country…the process of expropriation and the removal of the poor must be carried out discretely and circumspectly.”

The dispossession and expulsion of a majority of Palestinians were the result of Zionist policies. Zionism focused on two needs irrespective of the indigenous population: to attain a Jewish majority in Palestine and to acquire statehood. Non-recognition of the political and national rights of the Palestinian people was an essential component of Zionist policy. Zionism is a colonial-settler enterprise based on the mass expulsion of the Palestinian people and the usurpation of their properties. 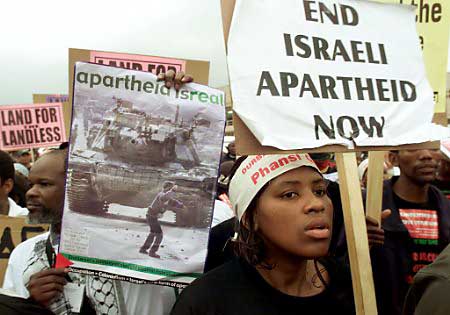 Theodor Herzl wrote that the Jewish community could be: “part of a wall of defense for Europe in Asia, an outpost of civilization against barbarism.”

The Zionist state itself is an impediment to peace. Israel’s concept of peace is a settler-colonial state that retains a demographic majority. The Zionist state considers Palestinians a problem which should be eliminated. And imperialism actively supports Israel’s ambition of creating an exclusively Jewish state, obliterating Palestine in the process.

Former Israeli prime minister and leader of the Irgun terror group Menachim Begin said on the day after the UN partition vote: “The partition of Homeland is illegal. It will never be recognized. The signature of institutions and individuals of the partition agreement is invalid. It will not bind the Jewish people… Eretz Israel will be restored to the people of Israel. All of it. And forever.”

IAW will create an awareness of the pernicious nature of Apartheid Israel, but the malevolent Zionist ideology underpinning the Jewish entity, unless dismantled,  will continue to pose a danger to the stability of the entire world.