All hail the Egyptian Emperor – but what about that missing 7%? 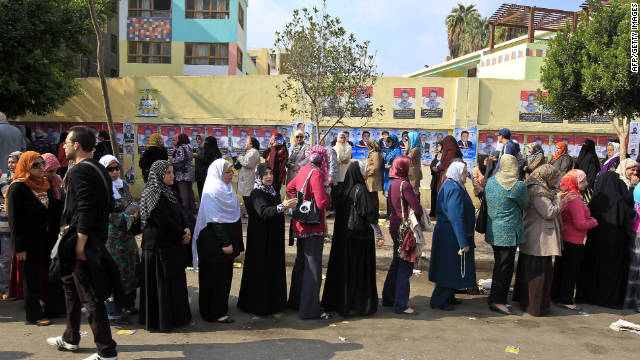 NINETY-THREE PER CENT! Let me write that again: 93 per cent! Or 93.3 per cent if you want to be precise.

This superb, stunning, incredible – quite literally, one might say – achievement in Egypt’s presidential election, places ex-Field Marshal Abdel Fattah al-Sisi on a pedestal alongside those other imperishable titans of modern Arab history: Nasser, Sadat, Mubarak, Hafez al-Assad. Indeed, Sisi’s stupendous victory is only 7 per cent less than the total votes collected by that indomitable mother of all presidents, Saddam Hussein, who scored an even more handsome victory of 100 per cent in the 2002 Iraqi presidential referendum.

All hail to the Egyptian Emperor, then, even if he did not quite reach the Beast of Baghdad’s record. But who are we to gainsay such a statistic? Why, only 93 years ago, the British arranged a plebiscite in Mesopotamia (rigged, of course) which elected Faisal King of Iraq with 96 per cent of the vote. From then on, it was a piece of cake for Arab leaders to bring in the masses. Mubarak got 96.3 per cent as President 21 years ago, Sadat got 99.95 per cent for public reform. Saddam – before his 100 per cent in 2002, picked up 99.96 per cent in 1993, Hafez al-Assad 99.98 per cent in 1999.

No matter that the Egyptian authorities have been forced to admit that the turnout for Sisi this week was less than 46 per cent, which was not quite up to the 80 per cent which the Great Man thought he’d get, and represented only 23.3 million voters rather than the 80 million he confidently expected. The “rival” candidate – the truly luckless Nasserist Hamdeen Sabahi, who called the election results “an insult to the intelligence of Egyptians” – supposedly gained the preposterous support of a mere 3 per cent of Egyptians; a brave man who was beaten up and imprisoned by the old mukhabarat goons – a mark of honour if ever there was one – but why did he bother to stand?

And what now of Mohamed Morsi, the genuinely elected Muslim Brotherhood President who in 2012 picked up only 51 per cent of the vote and who was overthrown by the same man? He still faces years of imprisonment, and perhaps even the hangman. If the Brotherhood is the source of all “terror” (the Sisi version of reality), then few Westerners are going to weep more than crocodile tears at his demise. Nasser had no qualms about liquidating his opponents. Today, a lesser president with a more modest vote might demand clemency. But with 93.3 per cent?

So who will be first in the line-up to congratulate Sisi? King Abdullah of Saudi Arabia to be sure. The Saudis, as all the world knows, are renowned for their democratic traditions. Sisi has called Abdullah “King of the Arabs”, a totally unprecedented expression for an Egyptian to make in appreciation of a Saudi monarch – but who can be surprised when Saudi billions must now keep Egypt (and its new President) afloat? Then the other freedom-loving Gulf Arabs will come huffing and puffing along behind the Saudis with promises and praise; minus Qatar, of course, which still prefers – for now – the incarcerated Morsi.

Sisi’s greatest Western admirer, Tony Blair, cannot be far behind with his blandishments. And Obama must surely put his head above the parapet. For a US President who congratulated Afghanistan’s President Karzai after his last, fraudulent election, it should be easy to smile upon Sisi’s assumption of power – with words of American propriety, no doubt, regarding Egypt’s “transition to democracy”. This “transition” is hard to see in a country whose new leader has already announced that Egyptians may have to wait another 20 years for that democracy, but claptrap semantics are still de rigeur in the State Department.

Few will want to remark on the identity of those – more than 50 per cent of the Egyptian electorate – who stayed away, although most appeared to be the 2011 Revolution generation, the young and the liberals who also supported Sisi in his 2013 coup but foolishly did not ask themselves whether he might have ambitions of his own. Popularity is a fickle animal, however.

Yesterday evening, in that most famous and drabbest of Cairo’s squares – that of Tahrir – Sisi’s supporters gathered to celebrate the victory of a President who overthrew his predecessor in a military coup and then sought popularity with vague policies of austerity and appeals to patriotism. Bring your families, the demonstrators were told. Work, family, fatherland. Sound familiar?

Written by Robert Fisk (Retrieved from The Independent)