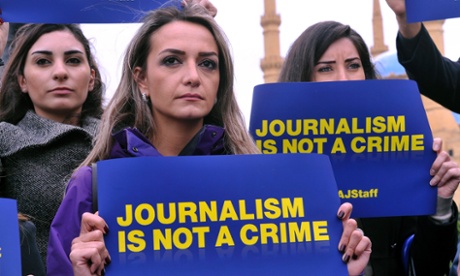 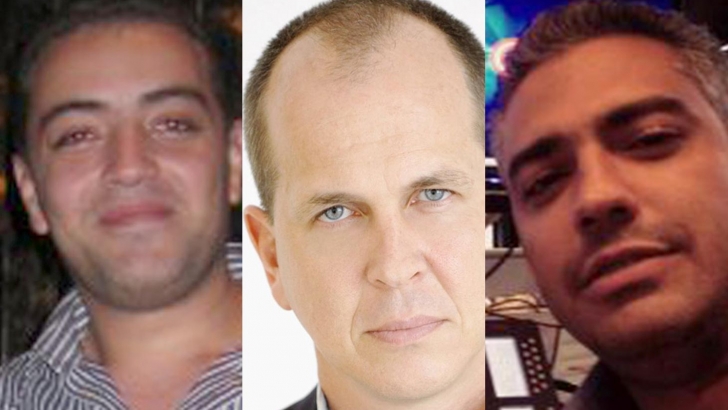 The verdict and sentence handed down against three Al Jazeera English journalists by the judiciary controlled by the illegitimate Sisi regime has shocked the world. Waves of condemnation have rushed into the public domain ranging from States such as the United States of America to multi-state bodies such as the United Nations.

This recent act of lunacy on the part of the Sisi regime via their arm of the judiciary has concretised in the minds of the global population the illegitimacy and counterrevolutionary personality of the regime. Having based the convictions on a flimsy excuse such as cooperating with ‘terrorists’ whilst the ‘terrorists’ in question are the democratically elected Muslim Brotherhood defies logic.

However, the case of these three journalists and the violation of the right to freedom of the press has become a symbol larger than that confined to the Egyptian issue. The plight of these journalists have become the faces of for those facing similar incarcerations and at times even death for simply disseminating information of public interest and exercising the right to freedom of the press.

On the 14th April 2014, the, the 23 year old editor of the human rights website Adalah – The Legal Center for Arab Minority Rights in Israel, Madj Kayyal was arrested by Israeli Shin Beit agents under the pretext that Kayyal “was recruited by an enemy organization in Lebanon working against Israel” was per the news publication YNet. Much like the Sisi regime, the accusation comfortably finds itself in the realms of lunacy as Kayyal was in attendance at a conference marking 40 years to the formation of the As-Safir newspaper, to which he regularly contributed on the Palestinian issue. Yet the world remained silent as press freedoms were violated.

Perhaps the statement of Secretary of State, John Kerry with regard to Sisi’s madness may well be applicable to his ally, Israel when he said: “Today’s conviction and chilling, draconian”. As culpable as the Sisi regime may be, it truly does become an exercise in hypocrisy on the part of the United States of America when they have actively violated the rights to Freedom of the Press and dissemination of information.

It would appear that Kerry’s memory falls short of George W. Bush’s campaign in Fallujah and the intentional targeting of the very same news agency, Al Jazeera’s reporters as they exposed US war crimes. Once more, Kerry memory fails him when the British Publication, Daily Mirror, revealed a classified memorandum indicating that Bush had informed Blair of his intentions to bomb Al Jazeera in Qatar and elsewhere which was further confirmed by a source of the Daily Mirror.

In light of Kerry’s memory lapse, we look at Barak Obama who called the Yemeni dictator, Ali Abdullah Saleh instructing him not to release the Yemeni journalist, Abdulelah Haider Shaye. The reason for this violation is simply due to the fact that Shaye had documented the carnage of Obama’s drone strikes on the village ofAl Majala in rural Yemen on the 14th December 2009. The reason expressed by the White House as per Jeremy Scahill, much like Sisi’s rickety excuses,  “Obama said “had been sentenced to five years in prison for his association with AQAP.”

Kerry and Obama seem to forget the cases of Julian Assange, Edward Snowden and Chelsea Manning. They conveniently forget that the Obama administration launched a witch-hunt against these individuals for exposing their duplicitous dealings in WikiLeaks and invasions of privacy through NSA and PRISM.

As the world focuses on the Al Jazeera Three, and rightly so, their plight should provide the impetus to thwart the hand of States in curtailing press freedoms and prohibiting the dissemination of information. The words of investigative journalist, Jeremy Scahill in his book, Dirty Wars provides the most eloquent oration paying tribute to the Al Jazeera Three and the hundreds of others exposing injustices:

Author: Zaakir Ahmed MayetZaakir Ahmed Mayet has a passion for Middle Eastern politics and military sciences, he has provided analysis across numerous media, and has been published by various online and print publications including The Thinker Magazine, Palestine Chronicle, Eurasia Review, Press TV and the Middle East Monitor. He holds a Bachelor of Laws (LLB) degree from Wits University.