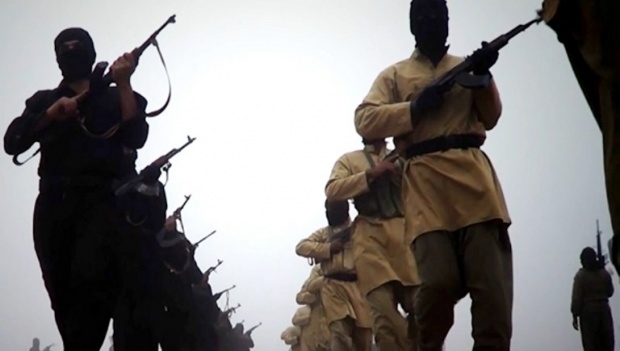 The Arabian Peninsula, which until recently held an exciting prospect of revolutionary change, is overwhelmed in contrasting moods swinging between depression and guarded optimism as internecine wars dominate it.

Allready pundits familiar with the history and politics of the region are predicting that the Peninsula will not be the same.

Borders arbitrarily drawn by colonial powers following World War 1 are destined to undergo dramatic changes. In other words the conflict-ridden legacy of Sykes-Picot is being forcefully transformed to a new future, albeit uncertain.

The movement known as ISIL or ISIS is credited for spearheading this campaign. Claims attributed to it reveal that it’s mission will not be complete in the absence of gaining key locations in Iraq.

Since it launched a blitzkrieg a few weeks ago, many strategic regions have fallen to it. It now seems poised to capture Baghdad if some news reports are to be believed.

Overnight the world’s attention has been drawn to witnessing a remarkable military conquest by a non – state actor of a region that for centuries has been an intellectual and cultural hub of the Muslim world.

If the Arabian Peninsula is destined for fundamental transformation from nation-states to an undefined Khilafat (Caliphate), the starting point many argue is Syria followed by Iraq.

Many others will argue that such radical change has to occur in Islam’s heartland which carries a post-Ottoman colonial family name: Saudi Arabia and therefrom liberate the rest of the Peninsula.

In the current mix of carnage and violent emphasis on sectarianism, questions about the the real goals of ISIS and who is driving it remains unanswered.

Suspicion that the Saudi monarchy is applying deceptive tactics by declaring ISIS a “terrorist” outfit while using it as a proxy to destabilise Iran’s influence in Iraq is not without foundation.

Neither is it an improbability given the role it has played in arming and financing certain opposition groups in Syria.

The Saudi factor in scuttling Egypt’s first and only democratically elected government is equally relevant to understand how and why it uses it’s “religious” muscle to remove potential threats to its oligarchy.

Bahrain and Yemen are two more countries where Saudi intervention protects these brutal dictatorships and allows them to flout every known convention on human rights.

So to add to the unanswered questions, it would be useful to know whether ISIS plans to extend it’s mission of restoring the Khilafat by storming and subduing the House of Saud.

And what about America? Is it sufficient to allow John Kerry’s spindoctoring to influence public opinion without interrogation?

Some analysts point to the Obama strategy of effecting change in pursuit of hegemonic interests without American boots on the ground.

Having been rebuffed by the Maliki regime which resulted in Washington having to witness its military influence whittling in Iraq, the Obama administration needs to restore its unchallenged supremacy.

Without implying that ISIS is an American bogeyman, it must be said that the current crisis places Maliki firmly back in the hands of the Pentagon. Argued differently it is pretty clear to most observers that if not for ISIS, Maliki would not be on his knees begging America to save him.

Israel as usual seems to be keeping a low profile. As a dominant military power with an entrenched intelligence network, it cannot claim not to have an interest in seeing the curtailment of Iran’s influence in Iraq and beyond.

Having failed to mobilise America’s military in preemptive strikes on Iran’s nuclear sites and knowing that it’s propaganda war against the Islamic Republic has lost currency, Israel remains committed to igniting fires.

Between Israel, Egypt and Saudi Arabia there exists a neat convergence of interests that ties in perfectly with the Pentagon’s.

Redrawing the map of the Arabian Peninsula while retaining the dominance of Zionism alongside an unelected British inspired monarchy cannot be reconciled with legitimate demands for change as encapsulated by the Arab Spring.

The test for ISIS will be whether it sets its sight on Mecca and Jerusalem or seeks only to fragment Iraq into cantons defined by sectarianism.

As tensions rise in the midst of a renewed refugee crisis and the spotlight of the world is on ISIS, many commentators are reviewing the futility of America’s illegitimate wars in the Muslim world.

At the same time warnings about immense danger resulting from exploiting sectarian divisions and how it could engulf the Peninsula in a perpetual cycle of violence have been issued by responsible Muslim leaders.

Will it impact on the direction of the trajectory unleashed by ISIS is anyone’s guess.