Unequally Worthy in Life and Death by Samah Jabr MD 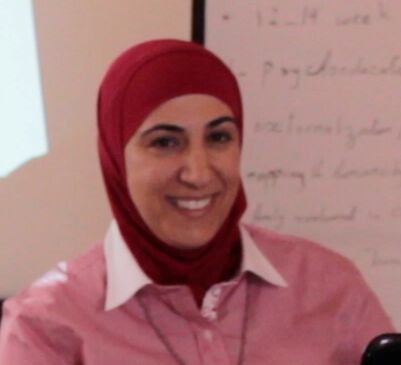 This morning I woke up to the noise of helicopters, police cars, and ambulances as clashes erupted in our previously peaceful neighborhood of Shufat, East Jerusalem, with Israeli security forces shooting at Palestinian youths who were protesting the killing of a 16 year old boy, Mohammed Abu Khudair. Mohammed had been snatched from our neighborhood while on his way to Ramadan prayers at dawn, but eyewitnesses who observed him forced into a vehicle had informed the police. A few hours later, Israeli police discovered his body in the forests of Jerusalem in the site of the massacred village of Deir Yasin—a moment of déjà vu or a traumatic flashback of the village itself! His body had been stabbed, disfigured, and charred. These events took place the night following an attempt by Israelis to kidnap a 10 year old boy, Mousa Zalloum, who was saved by his mother’s courageous resistance. This child and his mother Deema survive to tell their story.

Immediately following the kidnapping of the three settlers on June 12th, Israel’s Prime Minister announced, “Hamas is responsible and Hamas will pay.” The Israeli army launched violent raids, imposed curfews, and effected closures throughout the Occupied West Bank, killing a dozen youth, re-arresting without cause members of the Palestinian parliament and prisoners who had been previously freed, and demolishing the homes of suspects before any evidence for charges against them had been provided to the court or to the public. It would not be surprising to me if the accused were to be assassinated, so that only the Israeli narrative of the killing of the settlers would remain alive.

The military escalation that took place following June 12th was not just about finding the three missing Israeli youths. It was a moment in which the Israeli government seized the advantage to recruit international sympathy to reverse the recent global criticism of Israel’s role in paralyzing negotiations. It has been a moment of collective punishment of the Palestinian people through imposing movement restrictions across the West Bank, banning international travel from Hebron, and implementing brutal incursions and armed searches into Palestinian camps, towns and homes. Whoever is perceived as posing an obstacle is arrested or killed.

These actions have succeeded in disempowering the recently-formed Palestinian unity government and inducing re-polarization among Palestinians, especially following President Abbas’ speech describing the sacred quality of cooperation between Israel and the Palestinian Authorities. Even more, we have witnessed our own security forces sneaking into their police stations in civilian clothes, permitting the Israelis of the Occupation to do whatever they please in the West Bank.

The Israeli leadership and propaganda have stirred up an toxic anti-Palestinian climate and dehumanizing image of Palestinians—including children—in both official and social media. For example, Netanyahu stated, when the bodies of the settlers were discovered, “They were abducted and murdered in cold blood by human animals.” He went on to note, “a broad moral gulf (that) separates us from our enemies,” and to assert that, “They sanctify death, we sanctify life.” The mayor of the Ma’ale Adumim settlement, Benny Kashriel, called upon the Israeli authorities to construct new settlement units in the area in response to the killing of the three Israeli settlers. Slogans like, “Death to the Arabs,” and “No Arabs, no terror attacks,” have arisen louder and louder from the Israeli public.

At the same time, international diplomats and global leaders (who would not know the names of any of the Palestinian children who are killed on an almost-daily basis) are deploring in the strongest terms the killing of the settlers, identifying them name by name. The story of Yousef Shawamreh, age 14, who was killed in March while harvesting the wild thorny vegetable gundelia (akkoub) in Deir Al Asal south of Hebron, or the story of Ahmad Sabarin, age, 20, who was watching a match of the World Cup when the Israelis came to arrest people in this Al Jalazoun refugee camp and was shot as he went out to see what was going on—these stories are not known to the diplomats. Saker Daraghmeh, age 16, who was killed in the Tayaseer village near the Jordan Valley while shepherding his cattle, or Muhammad Abu Daher and Nadim Nawwara, two teenagers killed while commemorating the Nakba—the death of these young people did not earn international visibility equal to the killing of the settlers. These are just a few of the names of the dead, now held in the recent memory of Palestinians, but they demonstrate the inconsistency of the preaching by Israel and its supporters regarding the value of human life and the innocence of children and adolescents.

The killing of Palestinians is not seen as horrific as the killing of Israelis. Our pain is not perceived as acute as theirs—if our pain even enters consciousness at all. The supreme violence and aggression that Israel has initiated and continues to inflict on the Palestinian people, from its unlawful Occupation of our land to the settler’s presence at our doorsteps, lies in total oblivion. The equation of Palestinian responsibility for the alleged acts of a few individuals with the formal responsibility of a democratically elected Israeli government for the actions of its army is illogical and unjust. But this equation is often made by the supporters of Israel, although it is an insult to reason.

The administration at Haifa’s Technion University is considering taking disciplinary action against an Arab student who posted on Facebook, after the bodies of the three settlers were found, “Three goals for Palestine without taking part in the World Cup.” But who would discipline the thousands of Israelis who have endorsed the Facebook page, “Until the boys are back, every hour we shoot a terrorist!” Within hours of its creation, this Facebook page accrued 10,000 “likes,” while calling for the murder of a Palestinian every hour until the three missing Israelis were located. No one has disciplined the Israeli soldier who posted online a photo of his T-shirt with the word “Revenge” written in blood, celebrating the killing of a 16 year old boy, Yousef Abu Zagha—who was shot in the chest during clashing with troops invading the Jenin camp.

Price Tag is the name of a group of settlers committing anti-Palestinian vandalism whose graffiti urges “Price tag blood vengeance.” The Israeli government’s response to their conduct has been minimal. Israeli intelligence, so effective in hunting down a Palestinian kid who throws a stone, remains so inept in setting any limits on such actions by Israelis.

Throughout its history, Israel has never imposed meaningful consequences on anyone for killing a Palestinian. After the death of Mohammed Abu Khudair, the police are invading Shufat—not the neighborhood of his killers! But his killers will remain anonymous, their homes will not be demolished, there will be no closure of Israeli neighborhoods, no settlers will be prevented from going to work or from traveling abroad, and there will be impunity for the rabbis and the leaders of the settlers who incited this crime.

Israel has kidnapped our freedom, our lives, and our futures since it took occupation of our land. Israel has established a discrepancy in human worth, since the killing of a non-Jew seems far from equivalent to the killing of a Jew. There is also discrepancy in the validation of human experience, since Israel remains the sole author of the narrative of this land and the sole power determining its political reality. But in reaction to these violations, there will always be individuals who rise up to oppose them. In this way, Israel will kidnap all of our opportunities in life and bring nothing but death and nihilism to Israelis and Palestinians alike.

Samah Jabr is a Jerusalemite psychiatrist and psychotherapist who cares about the wellbeing of her community—beyond issues of mental illness.