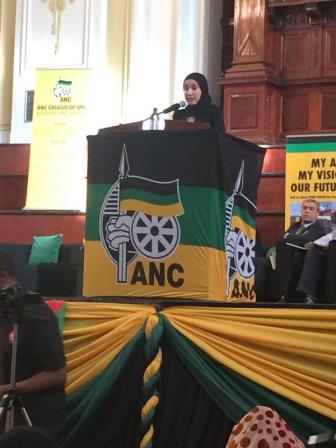 The UN has declared 2014 as the year of solidarity with the besieged Palestinians. It is appropriate, therefore, that 2014 has seen a surge of awareness and support for the Palestinian struggle across the globe. Mass demonstrations and public outrage against Israel and its policies has been unprecedented, both in numbers and form. Governments have taken firm stands against Israel, such as those in South America, public figures have publicly condemned Israel’s wanton disregard for Palestinian life, civil society has united to stand behind the struggle for freedom for all in the region and the common man has realised his duty to implement the support for his Palestinian brother in everyday life.  While we know what Israel is perpetrating is wrong, the details of why it is wrong and what it entails sometimes eludes us. I will aim to clarify some of these misconceptions, elaborate on the origins of the struggle, what the conception of Israel as a state has meant for the ordinary Palestinian man as well as how the Palestinians have established resistance to occupation dominating their everyday lives. 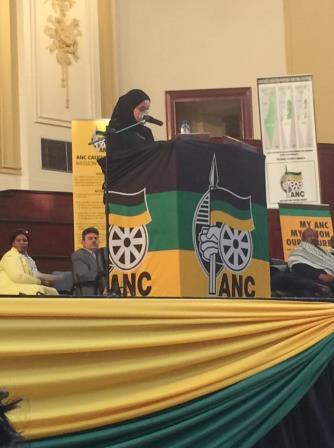 Zionism, and not Judaism, is the core principle upon which Israel has been established. Our definition of Zionism is an internal policy based upon racism, an external policy of aggression and expansion aimed at the conquest of “living space”, to accommodate a hypothetical immigration, and a method of political action typified by state terrorism. Zionism is a political ideology that has its origins in the period 1881-84, which emerged in many ways as a response to and the consequence of the pogroms against the Jews in Europe. It has no religious link to Judaism.  Theodore Herzl, often regarded as the father of Zionism, was not a religious person at all and began his movement rather with a nationalist doctrine as his motivation. From his diaries we read how he “does not obey a religious impulse” and self-proclaims “I am an agnostic”[1]. Herzl was supported by only a small minority of Jews.

Zionism is widely regarded, across the world, as a form of racism.  Indeed, the United Nations General Assembly had adopted a resolution in 1975, Resolution 3379, which concludes that “Zionism is a form of racism and racial discrimination”. The resolution also endorsed the August 1975 statement by the Conference of Ministers for Foreign Affairs of Non-Aligned Countries that “severely condemned Zionism as a threat to world peace and security and called upon all countries to oppose this racist and imperialist ideology”.

The UN Partition Plan- November 1947: under the direct influence of the USA, the UN put forward that the Jews be given 55% of the land of Palestine, even though they only owned 7% and only constituted 37% of the population. The Palestinians enquired as to why it was not possible for the Jews to live as a minority in a single Palestinian State and why the UN found it necessary to turn almost half the indigenous population into a minority under alien Israeli rule. They were ignored.

It is wrong to claim that Israel was “created” by the UN. It was in fact created by the violence and terrorist acts of the Zionist occupation. By 1949, Israel had occupied 78% of historical Palestine, almost twice as much land as they had been allocated by the UN partition plan.

It is often cited by those that support the state of Israel that Israel is the only democracy in the Middle East.

Is Israel really Jewish and democratic?

There are four levels of citizenship in Israel, with all the different levels treated with varied levels of esteem; starting at the top:

The most basic element of a true democracy- universal, equal citizenship- is absent in Israel.

A common argument used: Palestinians can participate in parliamentary elections and there are currently 13 Palestinians in the Knesset. However, they are bound by the loyalty oath- accept Israel as a “Jewish, Zionist and democratic state”. They are not allowed at all to speak out about Israel’s discriminatory policies.

The Israeli government operates two schooling systems: a Jewish system and an Arab system. This may be done under international law, but there may not be discrimination when doing so. A 2009 study from the HebrewUniversity’ School of Education showed that Jewish students were sometimes allocated 6 times the funding that Palestinian students were receiving. Palestinian schools have higher dropout rates, are overcrowded, understaffed, have fewer facilities and bigger classes, similar to the Apartheid South Africa system of inferior “Bantu education”.

Ethiopian Jews living in Israel are treated as second class citizens, due to deep-seated racism. As revealed in the Middle East Monitor on the 24 June 2012 (Chehata, H) blood donated by black Ethiopians was being thrown out by hospitals and in 2006 this prompted protests outside government offices in response to a decision by the health ministry to discard Ethiopian blood. More recently, in December 2013, Knesset member Pnina Tamano-Shata, 32, wanted to donate blood to a routine visit by an ambulance service but was told by a member of the crew that set criteria disqualified her because she immigrated to Israel from Ethiopia at age three. Israeli Health Ministry criteria bar people born in most African countries since 1977 from donating blood.

Reported by David Sheen, a journalist who is particularly interested in Israel’s treatment of its black citizens, on the racist color spectrum, people have privilege in inverse relationship to the pigment of their skin, and in this, Israel is a classic pigmentocracy. Of all the Jewish ethnic groups in Israel, Ethiopians are without question discriminated against the most. Just a few statistics will suffice to hammer home this point.

Only a fifth of Ethiopian-Israelis matriculate with diplomas that allow them to apply to university. Though Ethiopians make up 1.5% of Israeli society, they account for only 0.7% of Bachelor degrees and only 0.3% of Masters degrees.

As South Africans, it should be one of main concerns that our African brothers are being treated in such a way. The Prevention of Infiltration Law allows asylum seekers to be imprisoned for up to three years just for entering Israel. They have also embarked on building the world’s largest detention centre to detain migrants and asylum speakers. Statements coming from members of parliament concerning these “infiltrators” (what African immigrants are referred to) have been astonishing to say the least, with one of the most racist comments coming from Israel’s Interior Minister, Eli Yishai:  “The infiltrators [African immigrants] along with the Palestinians will quickly bring us to the end of the Zionist dream…we don’t need to import more problems from Africa… [They] think the country doesn’t belong to us, the white man.”

I share the sentiment with many others that South Africans and the Palestinian people share a very special bond. Their struggle for liberation and freedom has been unequivocally supported by many of our great heroes including Nelson Mandela, Archbishop Desmond Tutu, Ronnie Kasrils and many of the other stalwarts we so admire.  Aziz Pahad recently commented after his trip back from the region after Israel’s latest onslaught on the civilian population: “”The situation of the Palestinians cannot be compared to the situation in South Africa,” he claims. “It is, by its very nature, worse than what we suffered.”

Evidence finding Israel to be guilty of Apartheid:

2007: UN Special Rapporteur for Palestine, John Dugard: ‘elements of the Israeli occupation constitute forms of colonialism and of Apartheid, which are contrary to international law.’

2009: Human Sciences Research Council (HSRC): ‘the State of Israel… maintains a system of domination by Jews over Palestinians… constitutes a breach of the prohibition of Apartheid.’

2010: UN Special Rapporteur for Palestine, Richard Falk, reported that criminal Apartheid features of the Israeli occupation had been entrenched.

2011: Russell Tribunal on Palestine concluded: ‘Israel subjects the Palestinian people to an institutionalised regime of domination amounting to Apartheid as defined under international law.’

A 1975 resolution of the OAU stated that “The racist regime in occupied Palestine and the racist regime in Zimbabwe and SA have a common imperialist origin, forming a whole and having the same racist structure and being organically linked in their policy aimed at repression of the dignity and integrity of the human being”.

When Hamas won the Palestinian Legislative Council elections in 2006 the South African government issued a statement of support immediately. This was the right thing to do, insists Aziz Pahad. “You can’t talk about democracy in the world, and help to bring about democracy, and then when a movement that you don’t like wins democratically your first and immediate response is to label them terrorists.” What doesn’t help, he adds, is that the media worldwide, including South Africa, has failed to explain Hamas’ true objectives.

Hamas has widespread support from the Palestinian electorate both in Gaza and the West Bank simply because of the futility of the policies that have resulted in failure since the Oslo Accords (1993) up to date.

Israel prefers to deal with the PA minus Hamas. PA is the “good” Palestinian and Hamas the “bad” Palestinian. We as South Africans must recognise the results of the ballot box and allow the voices of the Palestinians to be heard. If we do not do that we are allowing Israel to continue its apartheid policies by continuing its occupation. Israel must not be allowed to tell the world who should negotiate on behalf of the oppressed. During our liberation we dictated the terms. So should the Palestinians.