ISRAELI HIGH COMMANDERS TO BE ARRESTED ON ENTRY INTO SOUTH AFRICA

“This decision sets an important precedent for the utilisation of South Africa’s ratification of the Rome Statute. It has massive implications as it is one of the first in our country’s history where South African Authorities have undertaken enforcement proceedings arising from codified principles of universal jurisdiction in order for this case to proceed in co-operation with the case unfolding in Turkey as a result of the Rome Statute,” says Attorney Ziyaad Patel

High ranking officials of the Directorate of the Priority Crimes Investigation Unit of the South African Police Services have this week confirmed that warrants of arrest have been issued against four Israeli commanders from the Israeli Navy and Israeli Defence Force (IDF), who were responsible for the attacks on the Mavi Marmara. The ship was part of a flotilla of vessels travelling to Gaza to deliver humanitarian aid and medical supplies in May 2010.

These commanders will be arrested upon entry into the Republic of South Africa. An arrest alert notice in this regard was circulated to the South African Border Control system on 3 September 2015.

This information has also been forwarded to Interpol Pretoria, South Africa, to liaise with Interpol Turkey in order for a red alert notice to be issued.

Should the suspects be arrested in South Africa, Interpol Pretoria, must be informed to arrange with Turkish authorities for their extradition.

“This decision sets an important precedent for the utilisation of South Africa’s ratification of the Rome Statute. It has massive implications as it is one of the first in our country’s history where South African Authorities have undertaken enforcement proceedings arising from codified principles of universal jurisdiction in order for this case to proceed in co-operation with the case unfolding in Turkey as a result of the Rome Statute,” says Attorney Ziyaad Patel who represented the complainant, Gadija Davids, in conjunction with the Muslim Lawyers Association (MLA), in the case.  “The specialised units of the SAPS and the NPA must be commended, they have reaffirmed the rule of law and complied with South Africa’s international treaties. They have protected a South African citizen and taken decisive action against the unlawful activities and war crimes committed against Ms Davids.”

“This decision has allowed us to hold these commanders, now fugitives from justice responsible to answer for crimes that were committed in the high seas,” says Gadija Davids, the South African journalist who laid the first complaint with the South African Police Services in 2011. “This important decision will reverberate across Turkey and amongst many other jurisdictions like the UK, Spain, Greece, and Sweden where citizens of such countries were also victims of this vicious and cowardly attack by the Israeli Defence Force.” 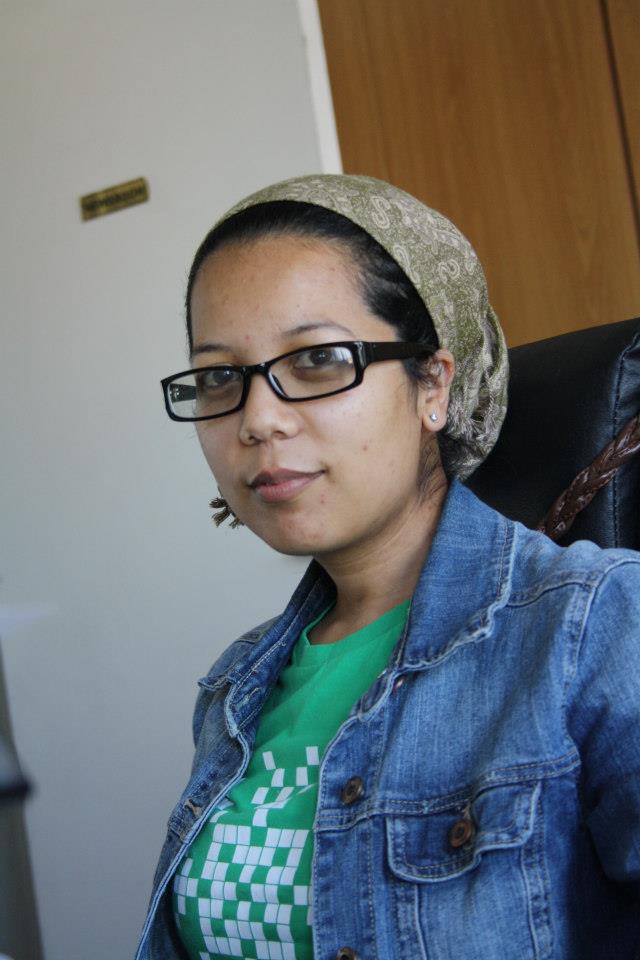 Four poignant victories arise from this matter. The first being the issuing of warrants of arrest for high profile IDF personnel who were not only in the chain of command for the deadly raid in the darkness of the night on the ship (Mavi Marmara) carrying humanitarian supplies to the impoverished Gaza Strip; but were also high ranking officers in the IDF during Operation Cast Lead which massacred 1400 Palestinians in Gaza and was found by the United Nations to be a systematic campaign of terror and wanton destruction. Thus the four officers may also be interrogated for their involvement in war crimes and crimes against humanity.

The second is the victory of Ms Davids as she along with many others, exposed the criminal behaviour of the IDF on that fateful evening in international waters. Her courage, steadfastness and commitment to justice is no ordinary feat and must be acknowledged.

The third victory is for the Republic of South Africa in its investigations, cooperation and undertaking to enforce these warrants of arrest in line with its obligations to international law to protect a South African citizen who suffered at the hands of the IDF.

The final victory belongs to the principle of accountability that has been absent in the case of Israel despite their murderous escapades both on the high seas and in Palestine. The courage of all individuals responsible for bringing these warrants to life honours the memory of the martyrs who have fallen in the struggle for liberation from occupation. It is this momentous victory that reassures justice loving people that accountability exists regardless of the military office one holds.

The above decision follows a four year long case involving South African Radio 786 journalist Gadija Davids who was aboard the Mavi Marmara to cover the relief aid mission to Gaza when it was attacked in 2010. She was assaulted and kidnapped in international waters and denied consular access, while being held against her will in a Zionist Israeli prison.  Nine Turkish citizens, and one Turkish/US citizen, were killed in these attacks on board the Mavi Marmara. Davids laid her first complaint with the SAPS and the NPA in January 2011.

In November 2012, the Priority Crimes Litigation Unit of the National Prosecuting Agency, found that the case met the jurisdictional requirements in terms of South Africa’s ratification of the Rome Statute (Implementation of the Rome Statute of International Criminal Court Act) and that reasonable grounds existed to investigate the crimes that were committed against a South African citizen.

This opened the door for mutual co-operation between South African and Turkish Authorities. Davids was one of many who tendered evidence in a court case in Turkey, where the four Israeli High Commanders were indicted to answer criminal charges over their involvement in the attack.

A court order was granted on 2014 by the Seventh High Criminal Court of Istanbul which led to warrants of arrest for the four commanders.

“I would like to thank the South African authorities for protecting my rights as a citizen,” concludes Davids.

For interviews on the local and international implications of the decision, contact: