MRN statement of support for #BoycottWoolworths 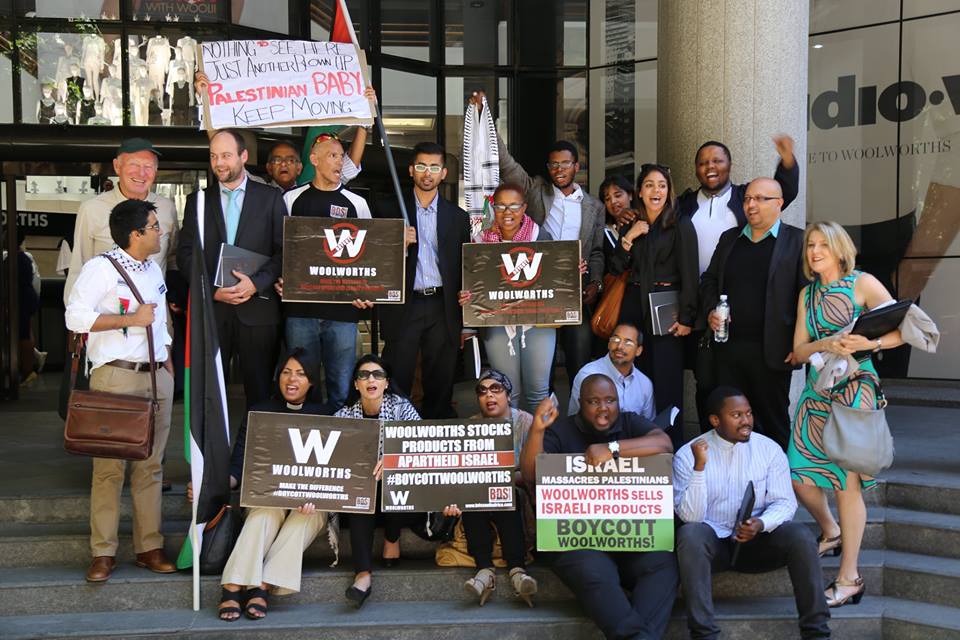 The Media Review Network (MRN) expresses its complete support for the Palestinian-led Boycott, Divestment and Sanctions Movement (BDS) against the State of Israel. As an affiliate of the National Coalition for Palestine (NC4P), we further support the boycott of South African retailer, Woolworths.

Although claiming to be an ethical retailer, Woolworths continues to stock products from Israel – an occupying power currently implementing Apartheid policies against Palestinians. By continuing to trade with Israel, Woolworths is ignoring that country’s continued occupation and theft of Palestinian land and natural resources, the denial of Palestinian refugees’ right to return, detention without trial, and other gross violations of international law.

MRN salutes all those shareholder-activists who attended Woolworths Shareholders’ Annual General Meeting (AGM) on 30 November 2015. They stated loudly and clearly to Woolworths management that the retailer cannot adopt a “business as usual” approach with a regime guilty of such serious human rights violations.

Like Apartheid South Africa, Israel must be held accountable for its oppressive policies of decades of occupation, Apartheid and colonialism.