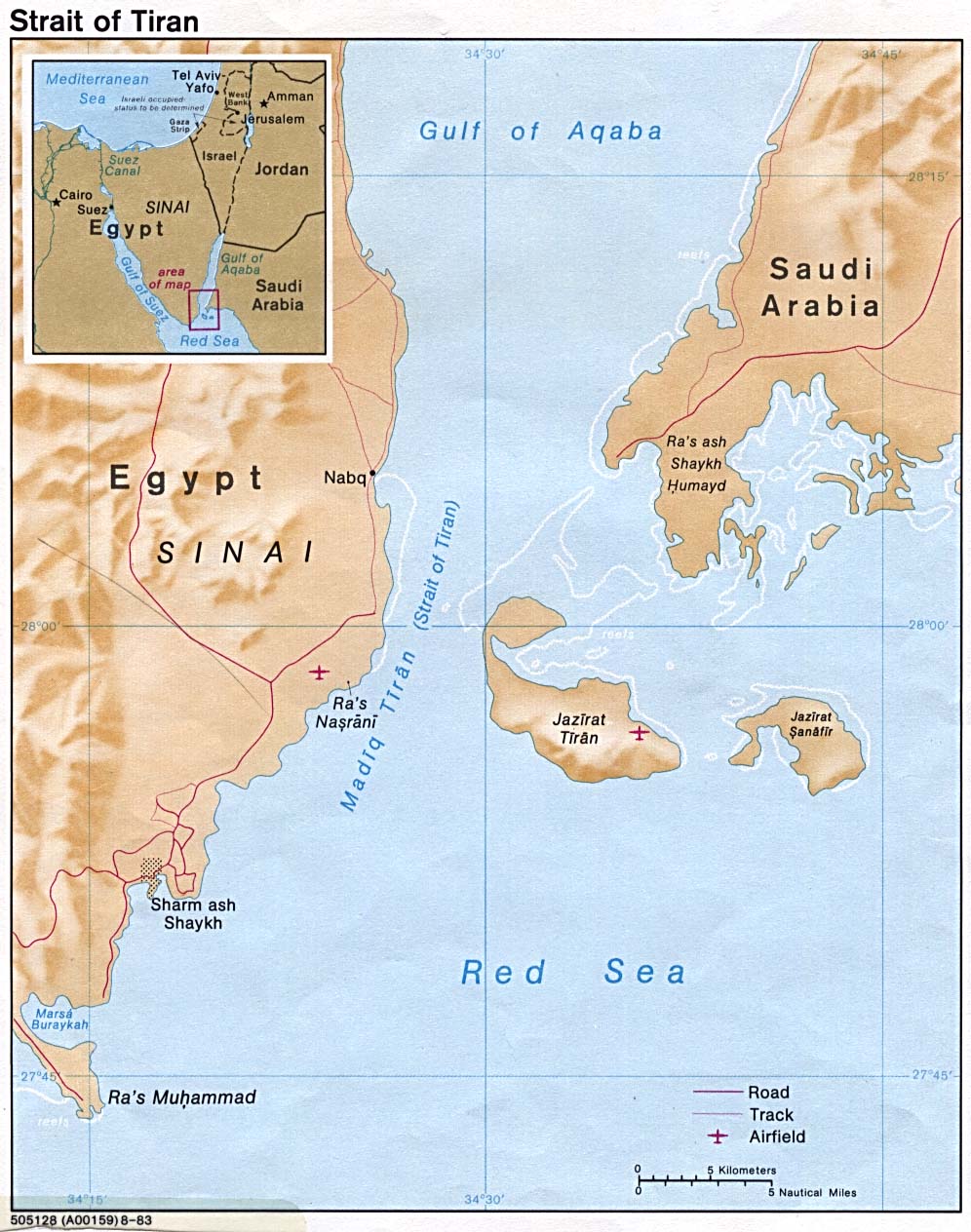 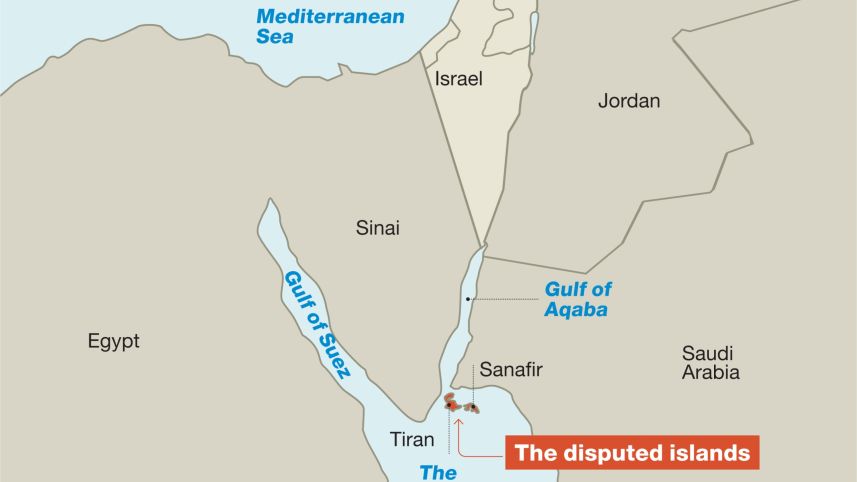 This appears to be the expectation if Arab media is to be believed given the fuss over these islands in Cairo, Riyadh and Tel Aviv.

Some reports indicate that the fuss is fast developing into a storm as more details emerge over the four-way deal involving America, Egypt, Saudi Arabia and Israel.

So what is Tiran and Sanafir?

These are islands located in the mouth of the Gulf of Aqaba which seperates the Red Sea from Aqaba, providing access to Eilat, Israel’s southern port.

The islands were occupied by Israel after the late King Faisal had given control of them to Egypt to prevent Israeli ships being able to get to Eilat during the Six-Day War. After the ceasefire, Saudi Arabia and Egypt each claimed that the islands belonged to the other, leaving them free for the Israeli occupation to begin. When Egypt made peace with Israel in 1978, President Anwar Sadat refused to include them in the peace agreement, arguing that they belong to Saudi Arabia. A computer search reveals that even Google labels them as “Saudi Arabia” and maps of the country in governmental offices show clearly that they are Saudi territory, so why the reluctance to challenge Israel, and why is there a media blackout?

If indeed Tiran and Sanafir belong to Saudi Arabia and the current agreement which saw King Salman grease Egypt’s coup leader al-Sisi’s palm with aid pledges amounting to USD 20 billion, to have sovereignty returned to Riyadh, the matter of “Occupation” raises fresh concerns.

Amongst the foremost is that Israel’s military presence on the islands which has been in place since it captured them during the 1967 six-day war, is not likely to be reversed. The deal refers to Saudi Arabia consenting to the status quo. This amounts to Saudi territory remaining occupied by Israel, notwithstanding Egypt passing sovereignty to the Saud kingdom.

Secondary but equally important is the fact that the deal requires of the Saudi regime to allow Israel unhindered and worse, unchecked sea traffic, which obviously will continue ferrying military cargo to Eilat.

Egypt may try to argue that the 1979 Camp David treaty restored the islands to it as a proxy for Saudi Arabia, but whether the wider Arab population in the region buys into it is left to be seen.

The equation thus resulting from the agreement leaves Israel as the only one which benefits without any concession extracted by either of the parties. Of course for the Netanyahu regime, whether ownership of Tiran and Sanafir is vested in Cairo or Riyadh, makes no difference: Occupation reigns supreme!

As Haaretz reports: “Formally there is no section in the Camp David Accords that forbids Egypt from transferring territories from its sovereignty to that of another state, all the more so when the islands are already recognized as a part of Saudi Arabia. However, Saudi control causes some worry wrinkles regarding the future of the freedom of passage defined in the Camp David Accords, to which Egypt, but not Saudi Arabia, is bound. In order to calm Israel, Saudi Foreign Minister Adel al-Jubeir announced that the kingdom would fulfill all obligations to which Egypt was signed regarding freedom of passage, but would not hold direct contacts with Israel. Such a general declaration, even if not aimed directly at Israel, can suffice. Moreover, Saudi Arabia is considered an ally of the west and of the United States in particular. The Saudi declaration also can be considered informal recognition of the Camp David Accords, the signing of which had caused Egypt to be ostracized by the Arab States”.

One can expect disquiet in Palestinian streets. Almost 70 years after the Naqba, neither of the two dominant Arab powers have factored in Palestine’s legitimate demands for freedom and justice while striking this deal, merely a stones throw from the devastation caused by Israel in Gaza.