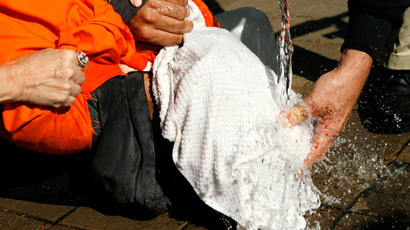 Gul Rahman was a CIA detainee held at a black ops site. He was a detainee that the CIA alleged, like everyone that they captured after 9/11, to be someone with ties to Al-Qaeda and other terrorist groups; an offence that has never been proven. Detained at a secret site in Afghanistan called the Salt Pit, it was here that in 2002 after only a few weeks in custody that Gul froze to death. However, it was not before he was tortured and had interrogation techniques of the most gruesome nature inflicted upon him by the US military. Gul’s case is just one of the travesties of justice that has recently been brought to the forefront with the release of the CIA declassified documents- a record of about 50 guidelines detailing CIA torture techniques and disclosed in response to a Freedom of Information request by the American Civil Liberties Union (ACLU).

In recent times we have already been awakened to the extent that the CIA is willing to go to in order to prosecute and violate the freedoms of Muslim detainees, such as the 6000 page Senate Intelligence Committee Report on CIA Torture. What makes this report explosive, however, is the evidence emerging indicating the complicity of medical practitioners in not only vetting such torture techniques, but even going so far as devising them. Precise specifications by The Office of Medical Staff (OMS) detail how to enforce sleep deprivation, limit the caloric intake of food, prolonged stress positions and the correct positions required for waterboarding. OMS advised that the preferred method to forcibly hydrate a detainee was rectally – a procedure that human-rights advocates have equated to sexual assault. “[B]ecause it is less invasive as a medical procedure, the rectal tube is considered by OMS the first line intervention,” the document reads.   They also instructed that the CIA could inflict “more stressful shackled positions”, through shackling someone’s arms “above the head (elbows not locked) for roughly two hours without great concern”.

“Also I will, according to my ability and judgment, prescribe a regimen for the health of the sick; but I will utterly reject harm and mischief”. A line in the oath taken by every single medical student when they graduate as doctors, the Hippocratic Oath is explicit in its requirements that every new physician uphold specific ethical standards. A medical doctor myself, I am astounded at the level of disregard for the basic principles to the commitment of life and health that these healthcare workers have demonstrated.  Dr Vincent Lacopino, medical director at Physicians for Human Rights echoed my sentiments when he remarked: “As Physicians for Human Rights has established, psychologists, doctors, and other health professionals were central to the CIA’s torture program. They designed the methods, medically monitored torture victims, engaged in unethical research and experimentation, and helped the CIA legitimize practices any responsible medical professional would consider beyond the pale. Health personnel involved in torture at every level must be held accountable for their actions.”

Dror Ladin, an attorney with the American Civil Liberties Union who helped win the release of these documents, went so far as to call these inhumane torture techniques employed by the US as war crimes. The CIA torture program was an exercise in brutality against people who the CIA didn’t know for sure whether they had information, whether they didn’t have information, and where the only answer was more torture whenever they didn’t get the answers they wanted. These documents are testament to not only the CIA’s failure, but the failure of US democracy as well as all the healthcare practitioners involved in such an abominable act.