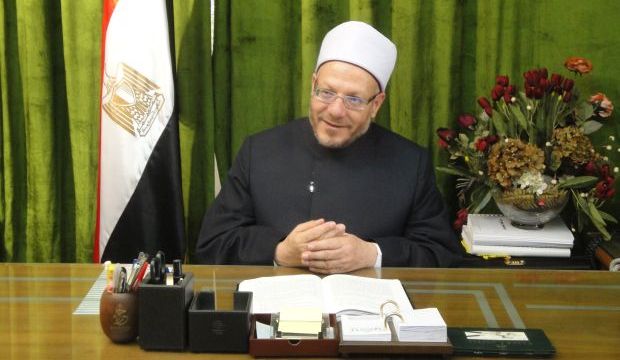 In a move that has served to expose his desperate attempt at being approved  by Sisi’s dictatorial regime, Egypt’s grand Mufti Shawki Allam recently passed a fatwa (ruling) declaring the democratically elected president Muhammed Morsi’s death sentence as lawful. Out of 50 death orders that were presented to him for ratification, Allam approved 45- including the one against Morsi. Basing his ruling on trials that were deemed “grossly unfair” by Amnesty International, Allam forewent not only his religious obligations and duties, but his ethical and moral principles too. Any credibility he might have had has been wholly compromised in one single move. Allam has been exposed to be a hypocrite, and let alone fit to hold the title as prestigious as that of Grand Mufti, is unfit for any title or association with values and morals.

When it was communicated that Allam would be planning a visit to South Africa, action was taken swiftly to prevent the facilitation of such. A docket, dubbed the Egyptian Death Penalty Docket , has been lodged with the National Prosecution Authority, by the prolific Muslim Lawyers Association and Mohamed Reda Elhenedawi Elorabi in South Africa. It calls for the implementation of various pieces of legislation, both domestic and international, which places obligations on the Republic of South Africa to take action against proponents of war crimes and crimes against humanity. Under international criminal law and the Nuremburg principles, judges who abuse their offices and juridical authority and became instrumentalities for the perpetuation of war crimes and crimes against humanity are also guilty of these crimes and may be tried and convicted: Allam falls into this category.

Coupled with the Docket, the Muslim Judicial Council (MJC) spear headed the move with various other Muslim scholarly bodies within South Africa to refuse the hosting of Allam on his visit here, citing his recent co-operation with the dictator Sisi as well as solidarity with the oppressed in Egypt as their reasons. The ploy by Egypt’s military dictator Sisi backfired, and any means to neutralise Muslim opposition to his regime by co-opting certain scholars to do the bidding of his Mufti turned out to be a dismal flop. The decisive response by the MJC, notwithstanding the fact that the Sisi regime’s vindictiveness may jeopardize its student program at Al Azhar, is also admirable.

In a monumental move, the Grand Mufti’s trip was cancelled. This represents a huge victory for all who are concerned about the deterioration of human rights in Egypt. In particular it sends a powerful message to all holding key religious positions in the Arab world that such authority does not render them immune from public censure if they function as rubber stamps for despots and dictators.

Importantly, the threat of arrest and being charged for crimes against humanity faced by the Mufti, still looms large if ever he decides to travel to South Africa. It behoves South African Muslims to act firmly and fearlessly if they value the need to oppose injustice. South Africans do not entertain leaders who insist on violating the basic human rights and freedoms of their citizens, nor those who vow on endorsing such injustice! Egypt is in dire need of solidarity against the disease that is corruption, gross injustice and unlawful dictatorship that has consumed it and it is our moral obligation to do so.

The saga of Egypt’s Grand Mufti displays to the world that Muslim civil society activism in SA is rooted in pursuance of justice and human rights. It also signals a profound understanding of Palestine’s freedom struggle and the obstacles placed in its path, including Egypt’s inhumane closure of Gaza’s Rafah border.”