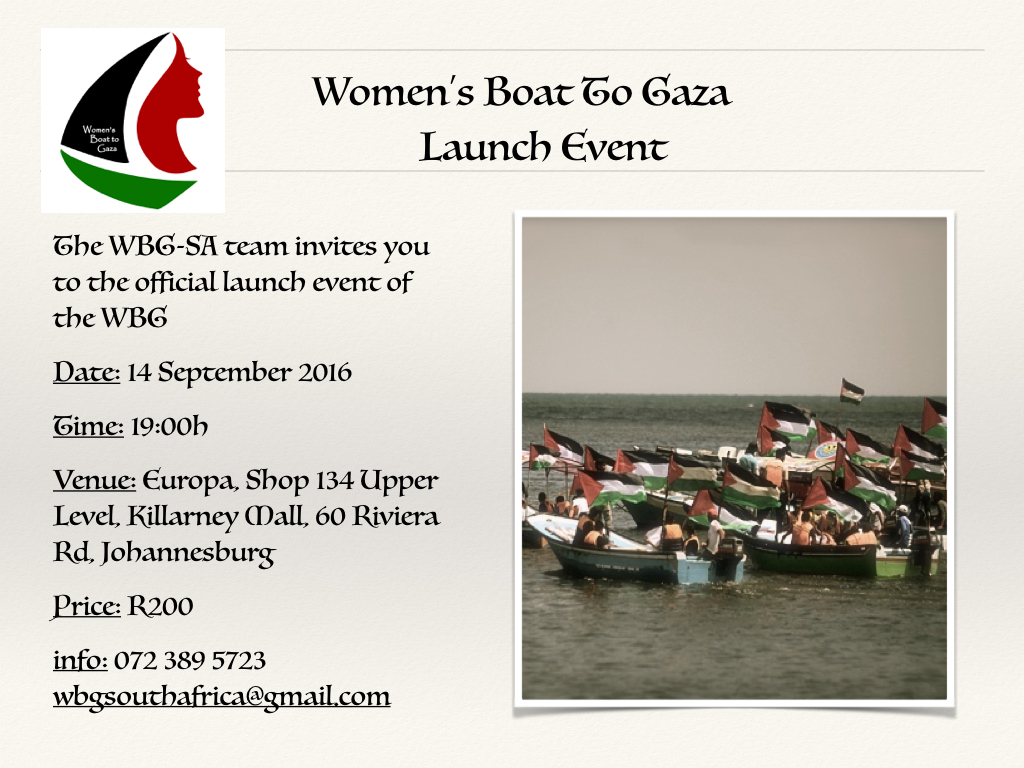 The Women’s Boat to Gaza (WBG) is a Freedom Flotilla Coalition initiative. By launching a women’s boat, women from all over the world aim to highlight the undeniable contributions and indomitable spirit of Palestinian women who have been central within the Palestinian struggle in Gaza, the West Bank, inside the Green Line and in the diaspora.

Palestinian women have played a key role in community organisations and mobilisation since the first Intifada in 1987. Women’s influence was facilitated by a commitment to grassroots as opposed to military mobilization, a strategy that was particularly attractive to women given gendered constraints on political activity.

Gaza has been under Israeli blockade for the past decade, during which time Israel has also launched countless attacks against the besieged population, turning their life into a nightmare and a continuous struggle. Through Freedom Flotillas and other naval missions, we have brought international attention to their suffering and their resistance.

The WBG seeks not only to challenge the Israeli blockade, but to also show solidarity and bring a message of hope to the Palestinian people.  With the support of women, men, non-governmental organizations, civil society groups and from women’s collectives and events around the world, we will make this happen.

On September 14th the WBG will depart from Barcelona to challenge the illegal and inhuman blockade imposed by Israel on the Gaza Strip for the last decade. From September 12th to 14th the sailing vessels Amal (Hope) and Zaytouna (Olive) will dock at Bosch i Alsina in the Port of Barcelona, where various events (concerts, public talks, workshops, shows and visits to the boats) will take place as farewell for the Freedom Flotilla. Women’s Boat to Gaza will carry the voices of women from all over the world in solidarity with Palestinian women, who are an example to us all in their resistance and struggle against the Israeli occupation and blockade.

The South African WBG team will hold a simultaneous fundraising launch event on the 14th of September 2016 and looks forward to your attendance at this cultural solidarity evening.

Spokesperson for the Women’s Boat to Gaza South Africa