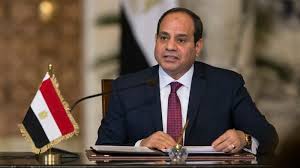 The current Egyptian presidential “elections” can only be described as a farce and an insult to all freedom-loving people around the world.

Egypt’s January 25, 2011 uprising is history, and so is the uprising’s aspirations for “bread, freedom, and social justice”.

The February 2011 ousting of dictator Hosni Mubarak, led Egypt into a promising but fragile and difficult – democratic transition. The old political order managed to maintain some of its critical character. However several democratic elections and referendums, and a new constitution, threatened Egypt’s 60-year military dictatorship. The June 2012 election of a civilian president – the Muslim Brotherhood’s Mohamed Morsi – was a significant achievement.

Egypt’s most deeply entrenched state institutions – the military, police, judiciary, and media – were never on board with the 2011 uprising. Every one of these institutions worked to ruin the democratic transition, aided at times by ungainly transitional governance by the Muslim Brotherhood.

After the July 3rd (2013) illegal coup led by General Abdelfattah El-Sisi, it was generally expected that Mohammed Morsi and his supporters would quickly succumb and recognise the coup. This was a gross under-estimation of the will and resilience of the Egyptian people.

Within days of the military takeover, hundreds of civilians and other anti-coup leaders and popular public figures were arrested. Most media outlets, TV and satellite channels deemed to be anti-coup or simply critical of the army’s brazen intervention, were swiftly banned and closed down. Simultaneously, Sisi claimed that he had interceded in order to prevent a looming civil war. He promised safety, firmness, and success. The generals and their backers had gravely misjudged the attitude of the people.

On the contrary, Dr. Morsi, at his inauguration, did not wear a bullet-proof vest, so as to demonstrate that he had complete faith in the Egyptian people. He also led a march in 2005 in support of independence of the judiciary. He spent decades in and out of prison under the Mubarak regime because of his opposition to the repressive policies and practices. Dr. Morsi wanted to transform the Mubarak dictatorship to represent the will of the people according to the principles of justice, equality, honesty, knowledge and forgiveness.

There is no doubt that the events of late 2010 in North Africa did not simply begin in 2010. The demand for an end to autocracy and for popular participation in government had often been made before in the Middle East and North Africa. However, these demands were met with one common feature. It was the contradiction with which the west viewed these demands. From their endless discourse about human rights and freedoms, one would have expected them to have been enthusiastic supporters of the demonstrators’ essential demands. Not surprisingly, this was never the case. One of the many lessons that have been learnt in the region is that outside powers are untrustworthy and fly- by- night partners. What has emerged over the years is the deep-rooted anger that people feel over the double standards of Europe and the United States. Included in this outrage must be the catastrophic invasion of Iraq, the destruction of Libya and the deep sense of resentment over the continuation of coloniality in the region, in one form or another. The Arab Awakening did not root out the deep state behind the autocratic regimes that had been in power throughout the region.

Since the 2013 coup, Sisi’s security machinery went into overdrive, arresting and killing multitudes of anti-coup supporters. Forced disappearances and torture have been used to intimidate protestors. Amnesty International has reported that over 300 cases of “disappearances” have been documented and torture has been “rampant” since the coup. To show his misplaced “appreciation”, Sisi has gifted his police and security forces with multiple salary increases and also erected a monument in their “honour”. His propaganda campaign portrays the police and military as victims, heroes and protectors. “Protests” have also been criminalized.

For now it may seem that Sisi has crushed opposition and discord. Can this subjugation be sustained in the long-term? History has shown that harsh, authoritarian governance give rise to violent resistance. There are signs that Egyptians are growing increasingly impatient and Dr. Morsi’s popularity is on the rise. The extraordinary use of force by the present administration is a sign weakness, not of strength. It has failed to keep a defiant people in check.