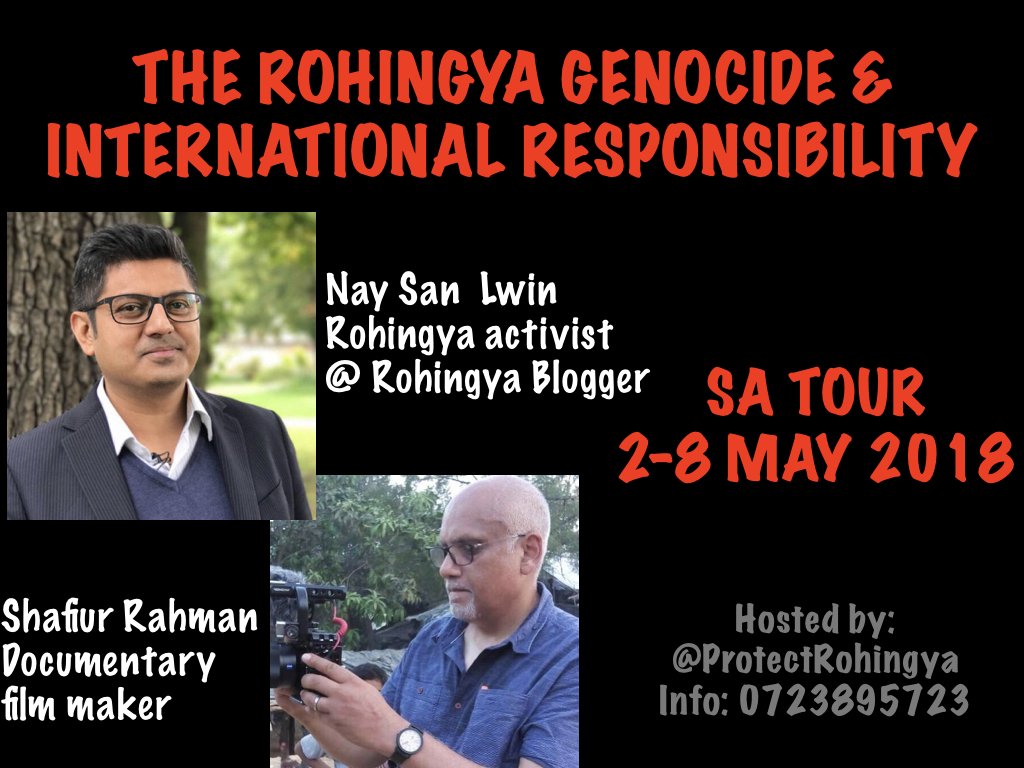 Protect the Rohingya is an advocacy group which was established in July 2012 with the aim of creating awareness on the plight of the Rohingya.

Protect the Rohingya is excited to announce a South African Rohingya Events Week from 1-7 May 2018.

Shafiur Rahman has been documenting the Rohingya refugees in Bangladesh for over 16months. His film on Tula Toli was the first to expose pre-planning on the part of theMyanmar Army. Trafficking of Rohingya women and children, and the difficulties faced by newly arrived Rohingya women is his other ongoing documentary project. He is also co-curating a forthcoming Exhibition on Myanmar and Genocide.

The speakers will be addressing events in Johannesburg from 1-4 May, Durban 5 May and Cape Town 6-7 May.

The speakers will be available for interviews with the Media.