A thematic bibliography of Dr Ali A Mazrui. By Abdul S Bemath 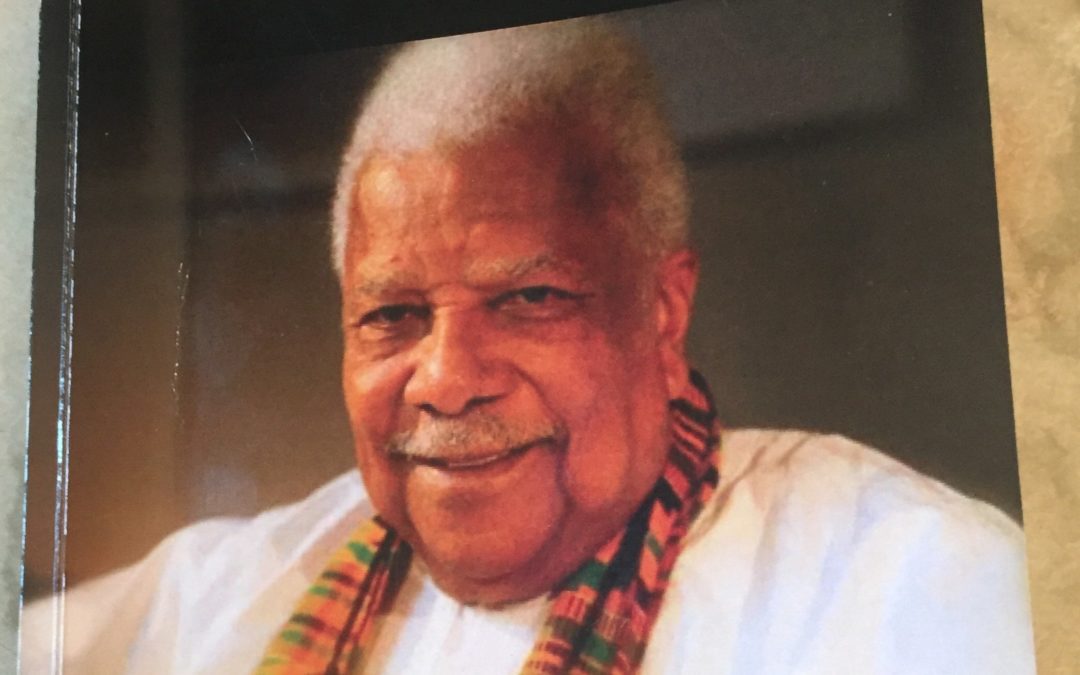 In keeping with his deep love and interest in the gigantic scholarship of one of Africa’s literary giants, Lenasia’s highly acclaimed academic Abdul Samed Bemath, has compiled a new bibliography as a sequel to his earlier “Mazruiana Collection”.

Covering a period of fifteen years, 2003 – 2018, the current publication is a continuation of the author’s labour of love. And as much as it is a tribute to the intellectual genius Ali A Mazrui, Bemath’s bibliography must be viewed as a monumental affirmation of his own valuable art.

Mazrui’s passing at the age of 81 on October 12, 2014, may have ended the life of Africa’s foremost thinker widely renowned for his profound insights, yet as Bemath’s compilation proves, his prolific writings and corpus of literary works known as Mazruiana, will live on as testament of his immense scholarship.

Ali A Mazrui was born in the Kenyan coastal city of Mombasa in 1933. His early years significantly defined by his father who was both the Chief Justice and Qadi (Muslim Jurist) in Kenya.

While he obtained academic excellence in Manchester, New York and Oxford, he returned to Uganda as a professor at Makerere University.

According to Eve Ferguson, the decade he spent at Makerere, from 1963 to 1973, were fertile years producing many works.

“Protest and Power in Black Africa” (1970); “Africa in World Affairs: The Next Thirty Years” (1973); and “World Culture and the Black Experience” (1973), were all produced when Mazrui served as Dean of Faculty of Social Sciences. He was also appointed Interim Dean of Law and was regarded as the Founder of the School of Law at Makerere.

But it was the television series “The Africans: A Triple Heritage”, broadcast on BBC, which gave rise to Ali Mazrui becoming a familiar household name.

His forthright political views clashed with Idi Amin resulting in self-exile until he settled in the United States.

Mazrui’s intellectual contributions kept growing at a rapid pace. Whether via his writings, seminars, talks, media interviews  or debates, the gentle giant of Africa rose to unmatched heights as he articulated views on diverse subjects and themes.

Undoubtedly, as Dr Salim Ahmed Salim, former Prime Minister of Tanzania stated, the very name – Ali Al’amin Mazrui – triggers an intellectual enthusiasm and an intense desire for a deeper insight of the world.

The corpus of his published writings, documentaries and advisories is so profoundly rich and captivating, that not to collate it as meticulously as Bemath has done, would be a grave omission.

The recent annotated and select thematic bibliography 2003-2008, consists of 180 entries and is divided into ten sections. These range from memorial seminars and symposiums to publications, academic articles, discourses, media, tributes, awards and major works on Mazrui.

The annotated entries are arranged chronologically from 2018 to 2003, providing a summary of content allowing readers a keen understanding of the information covered. As James Karioki pertinently observes: “It was one thing for Bemath to source all the publications worldwide, and quite another to read and annotate them.”

It is thus not surprising that Bemath’s mammoth task has been acknowledged with gratitude and profound appreciation by many leading scholars, academics, historians and political heavyweights alike.

“Few figures in political science have produced a lifetime of work that would warrant cataloguing into a reference book. Ali A Mazrui is one of those few. He (Bemath) has produced a valuable resource for those interested in the ideas of a man who helped shape African scholarship in the twentieth century”, are the welcome views of Professor Robert L. Ostergard Jr. in his review of “The Mazruiana Collection” (1998).

These complimentary views are echoed by many across the world who value and cherish Bemath’s painstaking monumental work of diligence resulting in showcasing the ideas of a man who without doubt guided and shaped African scholarship.

An exciting stimulus included in the publication is an essay by Seifudien Adem, which records Mazrui’s extraordinary achievements as a trailblazer in pursuit of excellence.

Bemath’s devotion and passion is evident throughout the detailed and highly professional compilation. It is an essential resource and required reading.

Reflections on and by an Africanist, Scholar and Poet:

An annotated and select thematic bibliography