A Leopard Does Not Change its Spots at All. 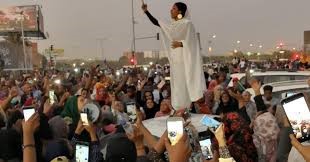 An assassination attempt on the life of the current Sudanese Prime Minister Abdalla Hamdok in Khartoum on Monday 8th March 2020, should not come as a surprise. Hamdok wrote on Twitter he was “safe and in good shape” following Monday’s explosion. “What happened will not stop the path of change, it will be nothing but an additional push in the strong waves of the revolution,” added the veteran economist, who became prime minister in August, months after a pro-democracy movement forced the army to remove long time President Bashar al-Bashir.

Meanwhile, Sudan’s security council in a statement condemned the attack, saying it would seek help from friendly countries to identify those involved and bring them to justice. Falih Salih, Sudan’s information minister, said an investigation was under way to determine who was behind the attack. “Terrorist attempts and dismantling the old regime will be dealt with decisively,” he said. The prime minister has pledged to work towards ending the country’s economic crisis and establishing peace.

Born in 1956 in south-central Kordofan province, Hamdok has more than 30 years of experience as an economist and senior policy analyst specialising in economic development across Africa.

Umar Al-Bashir’s overthrow last April was followed by months of negotiations between the military and the pro-democracy movement. The two sides reached a power-sharing deal in August which established a joint military-civilian, 11-member sovereign council that will govern Sudan for the next three years, when elections are scheduled to be held.

Speculation is rife surrounding this attempt. However, some analysts are pointing fingers at former President Omar al Bashir’s supporters within the military who are angered by the governments decision to hand him over to the ICC to face charges on his alleged involvement in the genocide in Darfur. The 76-year-old former leader was arrested after the coup and sentenced in December to two years for corruption in a social reform facility – as people over the age of 70 cannot serve jail terms in Sudan. The blast came less than two months after an armed revolt from within Sudan’s security forces shut down the capital’s airport and left at least two people dead. The standoff between the armed forces and rogue intelligence officers paralysed street life in several parts of Khartoum, along with another western city.

The attack on the prime minister is a reminder of the volatile situation that still prevails in Sudan less than a year on from the coup. There are concerns the transitional period could easily flounder on the intransigence of the military or because of the faltering economy.

Hamdok leads the civilian government, which has pushed for the normalization of relations with Western countries and sought the lifting of Bashir-era sanctions on Sudan. Doubts over the military’s continuing role in Sudanese politics have left those efforts hamstrung, and the Sudanese economy is experiencing major inflation, as well as shortages in essential commodities such as petroleum.

Hamdok’s government has expressed openness to referring Bashir and other ex-government figures to the International Criminal Court, where they are wanted for crimes against humanity and other charges related to brutal and widespread crackdowns during their tenure in power. Bashir is currently in Kobar prison, in the same neighborhood where Monday’s assassination attempt took place.

After the attack, prominent leaders from last year’s protests called on people to once again take to the streets to demonstrate support for Hamdok and call for greater independence from the military. We urge the African Union (AU) to move in with speed and investigate the matter with the urgency that it deserves and to immediately sanction the culprits. Gone should be the days for military and former regime elements to call the shots in African countries willing to transform.