Tug of War over British colonised Chagos Islands — US Military Base in Occupied Diego Garcia part of Storm. 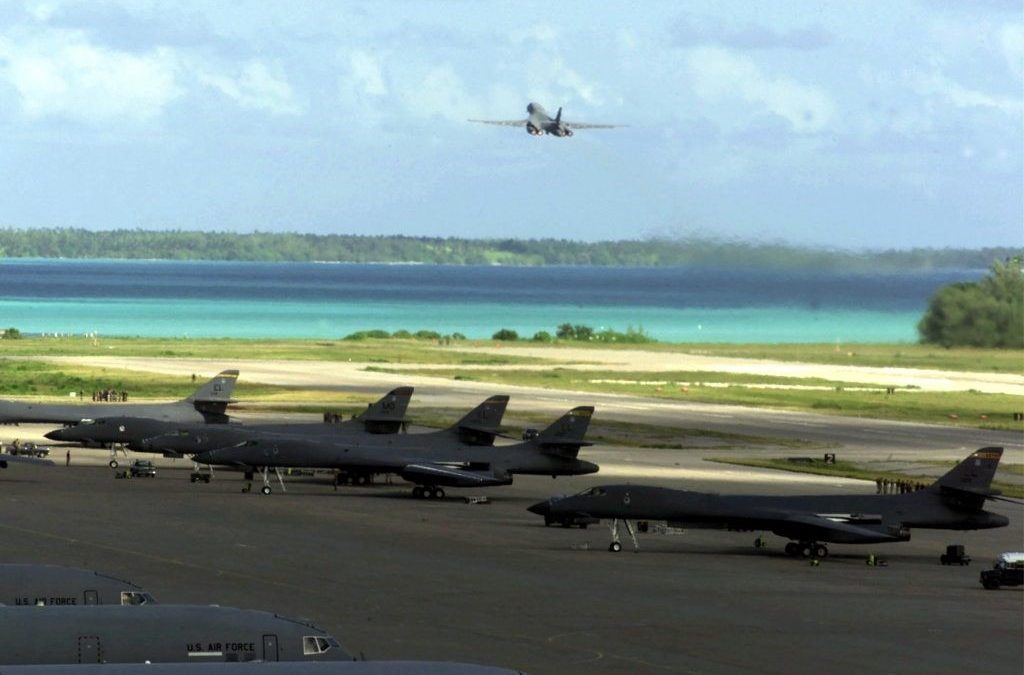 The British government is outraged by the latest ruling of the Maritime Law Tribunal of the United Nations which dismissed Britain’s claims of sovereignty over the Chagos Islands.

In a harsh rebuke of Britain’s failure to comply with an earlier ruling by the International Court of Justice (ICJ), the current judgement categorically requires the UK government to relinquish the Chagos Islands in favour of Mauritius.

The history of British colonisation of what is described as British Indian Ocean Territory (BIOT) stretches back to two hundred years, since the 1800s.

Though the UK is loathe to concede that its occupation and control of the territory amounts to colonisation, facts confirmed by the UN tribunal emphatically dismiss British insistence that it has sovereignty over the Islands.

While these territorial disputes have been raging for years, unfortunately not much advance has been made regarding the plight of the dispossessed indigenous Chagossian population.

Nor has there been any significant public outrage about the existence of a US military base in Diego Garcia, which has been operational for decades.

Though it is a militarised base for America’s imperial wars, historically Diego Garcia was one of the “Dependencies” of the British Colony of Mauritius, until the Chagos Islands were detached for inclusion in the newly created BIOT during 1965.

Clouded in secrecy, investigative reports reveal that the US military base serves as a Launchpad for its military operations in the Middle East, South Asia and Africa.

Also known is that its deep port is able to accommodate aircraft carriers and nuclear submarines, according to Business Insider.

David Vine, an author of a book on Chagos Islands, is quoted as telling CNN that there are massive pre-positioned ships in the lagoon. Each about the size of the Empire State Building, filled with enough weapons and supplies for material tanks and helicopters for an entire brigade of Marines.

Despite the blanket of secrecy which deny access to journalists, Lawrence Wilkinson, a former official in the Bush administration is reported to have told Vice News in 2015 that Diego Garcia served as one of a network of prisons where people were detained, interrogated, and in some cases tortured as part of the post-9/11 “war on terror”.

Speculation about the military base operating as dreaded “black holes”, holding so-called Muslim “terrorists” illegally nabbed in what the world came to know as “extraordinary renditions”, has been rife.

Unlike the public outrage regarding the notorious Guantanamo Bay, Diego Garcia has not drawn similar levels of indignation, mainly due to the veils of secrecy.

But the UN tribunal’s ruling has set the proverbial cat among the pigeons, unleashing a tug of war.

The British government refuses to decolonise; the Americans are holding onto it as a strategic military outpost; the Mauritius government wants sovereignty over it but willing to allow the base to continue and in this melee the fate of the victims of colonialism hangs in the air.

In typical colonial-speak, Britain has argued that “security issues outweigh emotive arguments about the ownership of a handful of tiny sparsely populated islands.”

Refugees of Chagos Islands have been fighting British authorities for their right to return to their homeland. Having been forcefully uprooted and dispossessed during the 1960s, many surviving generations continue to face poverty and discrimination in Mauritius and Seychelles, where many were relocated.

Those who were moved to Britain claim to be experiencing hardship and have been mounting legal battles to exercise their legitimate right to return.

The entire sad saga of the Chagossian people has echoes of Palestine’s freedom struggle. Just as the Occupying power Israel, a settler-colonial enterprise has defied International Laws, so too has Britain.

The Right to Return is not an abstract academic statement. It is enshrined in International Conventions and makes it obligatory on regimes to implement. Until it happens, decolonisation will remain an important part of the struggle by the African Continent to rid itself of foreign invaders.