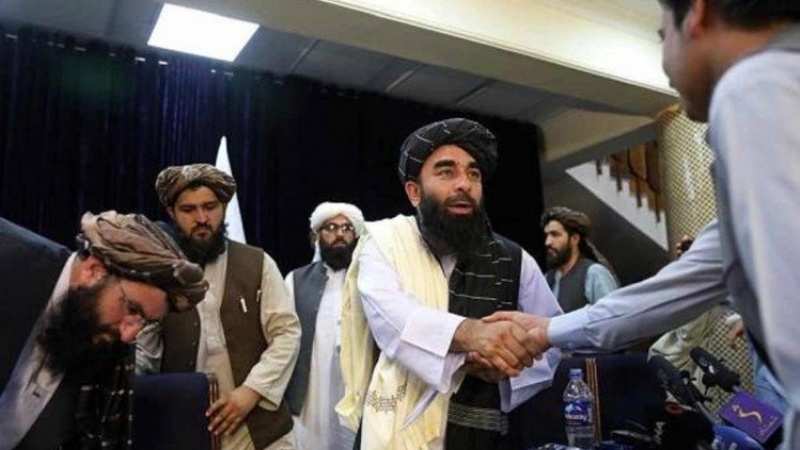 In preparation for America’s 2001 bloody onslaught in Afghanistan following the humiliation it suffered when the Twin Towers came crushing down during what’s come to be known as 9/11, the most vile forms of Islamophobia began in earnest.

Not that anti-Muslim bigotry and stereotyping of Islam did not exist in America and its European allies. It did. However, 9/11 sparked a fury of hate resulting in a case of all hands on deck with every arm of the Bush administration, from the White House to Pentagon and from the Senate to Congress going into a frenzy.

The hysteria generated by a coterie of right-wing neocons was spurred on by Israel’s racist regime who brazenly wagged its fingers in “I told you so” fashion.

Netanyahu’s message was unambiguous: Islam is a threat to Western civilization, and unless you do what we (Israelis) do to confront its terrorists, you will not eradicate the menace.

In a free for all rampage, tabloids and mainstream media began a race to compete in feeding America’s insatiable hunger for imperial wars. Media caricatures of Osama bin Laden and Mullah Omar outdid hate-filled images of Iran’s Imam Khomeini depicted back then as a “Mad Mullah”.

In a span of twenty two years, between the mammoth success of Iran’s 1979 Islamic Revolution which ousted America’s tyrant from his gold-gilded “Peacock Throne” and 9/11, the ferocious intensity of Islamophobia reached a peak.

Unhinged from any regard for religious beliefs, a rapid growth of Muslim-hatred developed into a sophisticated industry allied with a powerful military industry to unleash death and destruction across Afghanistan.

The Taliban became synonymous with evil, regression, anti-western and uncivilized values. This characterisation was used to justify America’s unjust war and occupation stuck until now. It explains, though utterly unjustified, the current bizarre fetish displayed by western media and their so-called “experts on Islamists/Taliban”.

Of course it must be noted that a great deal of conservative orthodoxy displayed by the Taliban especially its repressive conduct towards women and ethnic minorities, fed an Islamophobic narrative which dominated news.

Unsurprisingly therefore it remains a bug bear among these “experts” to perpetuate a stereotyped image of the Taliban, despite assurances by its leaders that it has evolved to become a more astute government.

Notwithstanding suave press briefings held by youthful leaders of the Taliban as well as polished interviews on Western TV platforms wherein emphasis on a new approach to governance underline tolerance and inclusiveness, it appears that many journalists and analysts remain skeptical.

On the other hand, insiders who have watched and studied this space would be equally skeptical of those who continue to harbour mistrust and suspicion about the Taliban’s ability to transform Afghanistan into a responsible and respectable country.

It is thus no exaggeration to suggest that legitimate doubt aside, the current spotlight on the Taliban’s every move as it consolidates its power illustrates excessively disproportionate coverage hoping to unearth flaws and contradictions.

Unprofessional journalists whether independent or in the employ of major news networks bent on “trapping” the Taliban, seem to be in a race to bag scoops with screaming headlines. It begs the question whether such unethical conduct is less repulsive than embedded journalism?

The reality of an indigenous movement, sparsely armed and ill-equipped without air power having successfully defeated the most powerful military in the world, is a bitter pill to swallow. A spectacular retreat following two decades of colossal destruction, contrasts the peaceful fall of Kabul at the hands of the Taliban.

Yet the baggage of Islamophobia carried by America and Europe’s white supremacists who plundered Afghanistan, leaving a trail of devastation seems to have permeated a current crop of “experts”, unwilling to shed their prejudice.

Taliban’s breathtakingly swift victory has many lessons. Foremost is that  occupation by foreign armies is unsustainable and will ultimately be overcome.

Will America’s bitter experience restrain its hawks? Will her allies especially Britain and France heed the utter unreliability of Uncle Sam? Will Israel realise the futility of its colonialism and occupation? Will NATO acknowledge its crimes and stand ready to account for them?

These obvious questions and many more are expected of media to interrogate instead of peeping through holes in an endeavour to trap and pigeon-hole the Taliban within an Islamophobic prism.