ISRAELI OCCUPATION OF CLOVER A DISASTER 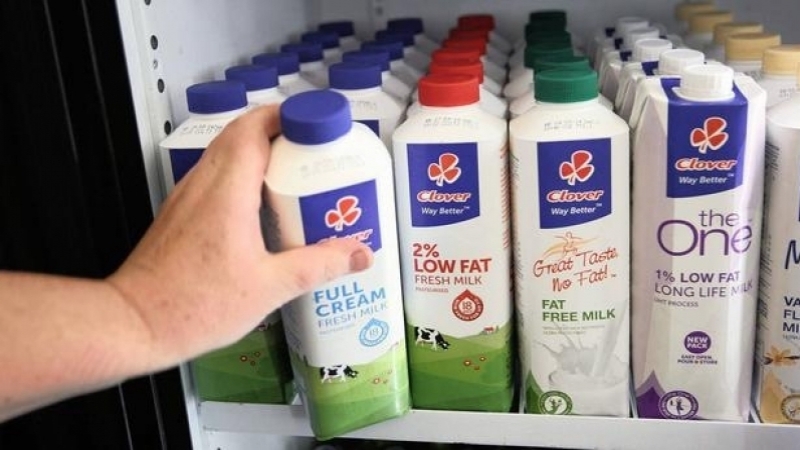 2022 kicked off in South Africa with calls for a nation-wide boycott of Clover since the Israeli owned dairy company was hit by a strike during November last year.

Workers protesting against wage cuts, retrenchments and a host of unfair labour practices have received huge support by consumers and human rights organizations.

The Food and Allied Workers Union (FAWU) and the General Industries Workers Union of SA (GIWUSA) have called for rolling mass action as they campaign for justice for employees adversely affected by the takeover of Clover by Israeli company Milco.

The genesis of workers’ problems result from the controversial buyout of South Africa’s flagship dairy industry by Milco, an Israeli conglomerate linked to colonial settlements in Occupied Palestine.

Exactly what FAWU and GIWUSA feared, has come to pass with shedding of jobs, austerity measures and shutting down local production plants to instead import and distribute products from apartheid Israel.

Notwithstanding agreements and assurances undertaken during hearings by the Competition Commission, workers believe that their rights have been drastically undermined by Milco’s conduct. Retrenchments do not equate to job creation, they argue. And imports of products from illegally occupied settlements do not equate to growing South Africa’s economy.

The case thus made by the trade unions to nationalise Clover is a compelling one which deserves mass support. Just as the usurpation and colonisation of Palestine by Israel is being resisted, so too must the colonisation of South Africa’s dairy industry be resisted.

Workers opposed to Milco and Israel’s Central Bottling Company (CBC) are in the trenches like their Palestinian counterparts, struggling courageously for justice. Their message to President Cyril Ramaphosa and his Minister of Trade and Industry Ebrahim Patel is clear: restore our rights and acknowledge that granting Israeli linked company access to destabilize a vital industry is a grave error which needs to be reversed urgently.

The Clover debacle cannot be isolated from the ANC’s position of solidarity with Palestine. Indeed its  takeover by companies accused of links to Israel’s notorious terrorist army known as the IDF, is in direct conflict with the ruling party’s pro-Palestinian stance.

A statement released by GIWUSA President Mametlwe Sebei clarifies these points as follows:

“Clover was purchased in 2019 by Milco SA, which is owned by the Israeli Central Bottling Company. It is the betrayal of the opppressed masses of  Palestine for the ‘pro-Palestine’ ANC government to allow an over hundreds years old, and biggest South African dairy products company which has always employed thousands of workers to be downgraded into a vessel purely focussed on making a profit for its Israeli owners, who are also oppressing Palestinians at the same time.

“GIWUSA and FAWU believe that Milco is closing down several factories so that it can turn Clover into a distribution network mainly for Israeli products, which will cause further job losses and will also be devastating for South African dairy farmers and consumers of dairy products who may be subjected to higher prices. The unions demand that the government nationalise Clover and keep the Clover factories in small towns open and keep the supply of South African dairy going without interruption.”

South African Federation of Trade Unions (SAFTU) General Secretary Zwelinzima Vavi has weighed in by throwing the full might of the union in solidarity behind the striking workers. He has demanded a halt to retrenchments, reinstatement of workers and nationalisation of Clover.

As the momentum grows with Palestinian solidarity movements backing workers’ demands, the strike is poised to escalate into a full blown rolling mass action across the country.

What is strange though but perhaps not entirely surprising is the absence of intervention on behalf of the opppressed workers by either the Presidency or the relevant ministry headed by Ebrahim Patel. It is simply mind boggling that the consequences of Milco’s action especially the devastating effects on the dairy industry has not been dealt with as a matter of priority.

Can it thus be argued that the absence of intervention by the state to protect the interests of workers and thereby ensure that the entire dairy industry is safe from extinction, is a dereliction of duty by President Cyril Ramaphosa?

Is the Presidency not aware of daily raids by Israeli military and racist settlers as they continue ferocious attacks on Palestinians? Of course he is!

Is the Presidency not aware of the connection Milco has with Israel’s occupation army? Of course he is!

Is the Presidency not aware of job losses at Clover resulting from Milco takeover? Of course he is!

Clover takeover by companies based in the settler colonial regime has been a disaster and unless calls for it to be nationalised are heeded and actioned, it is clear that legitimate concerns raised by trade unions will add to the woes of thousands upon thousands of families.