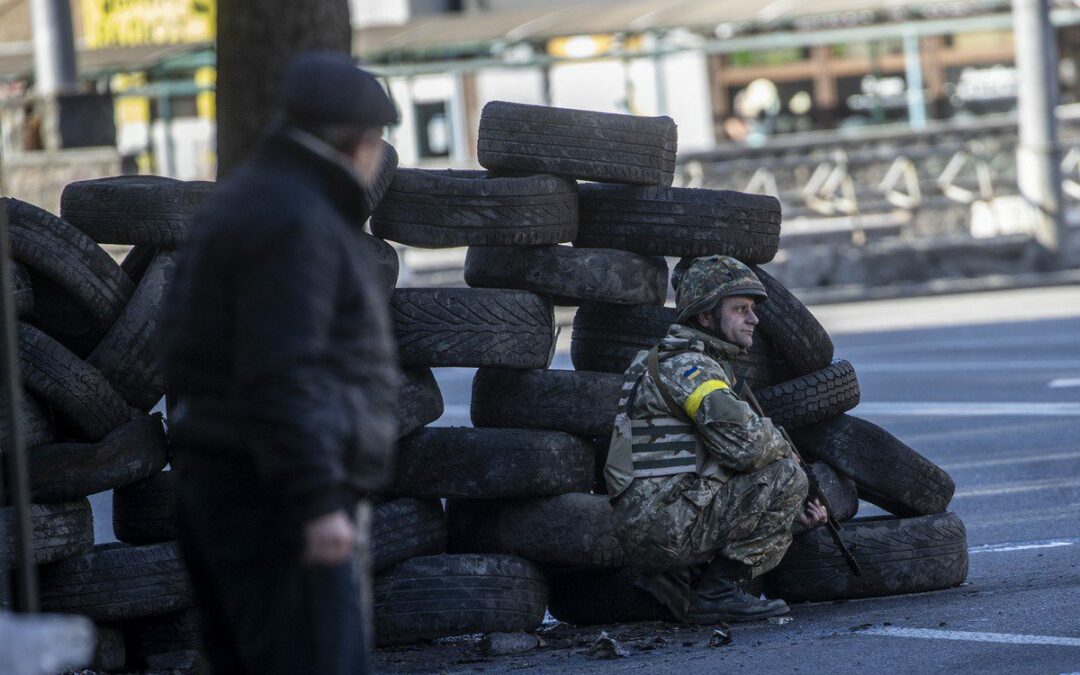 Russia’s military adventure in Ukraine with potentially huge consequences for the region and the world as a whole, has also unleashed a torrent of faultlines posing challenges to the credibility of the West.

A reaction beyond belief in the manner the propagandists, ranging from mainstream media to analysts, suddenly began invoking International Laws and Conventions which outlaw illegal wars, invasions and occupation.

To many, especially among anti-war campaigners who protested in their millions across most Western capitals against America’s unjust wars in Afghanistan and Iraq, the sudden about-turn by those who spurned International Laws, sounds hollow.

Can one blame them for expressions of outrage and dismay at the hypocrisy?

Certainly not, for surely if global powers had heeded demands to abide by  stringent limitations of the Geneva Convention as well as Humanitarian Laws, millions of victims would have been spared in wars of aggression led by the West.

So too would sovereign independent countries have been saved from the suffering, indignity and destruction caused by aggressive wars conducted by US/NATO in utter contempt of the UN Charter.

Across Africa, Latin America, Asia and the Middle East, heartbreaking reminders of the devastation caused by illegitimate wars by the West, are evident in the rubble of cities and villages as indeed in thousands of graves littering these regions.

Of course the experience of Palestinians who have been on the receiving end of Israel’s ethnic cleansing, wars, home demolitions, military occupation and worse, reminds us of the extent of Western double standards.

All the arguments used today by critics of Putin’s attack on Ukraine, have been equally valid for Israel’s unlawful conduct, yet absent from public discourse.

The explanation is not complex at all.

Unlike Russia today, Israel has had the advantage of unqualified support including military, financial and diplomatic from the same group of Western European nations led by the United States now seeking legal protection for Ukraine.

Protection denied to Palestine, Kashmir, Cuba, Venezuela, Libya, Iraq, are among the many countries targeted in contravention of International Laws and in defiance of countless UN Security Council and General Assembly resolutions.

Interesting though is that in the midst of the buildup leading to the Ukraine drama, damning findings by Amnesty International documented and analysed Israel’s institutionalised and systematic discrimination against Palestinians within the framework of the definition of apartheid under international law.

An important point AI makes is that despite extensive research undertaken by Palestinian human rights organizations for over two decades and being at the forefront advocating at the UN against the Zionist regime’s illegal policies, Western allies of Israel failed to heed their calls.

Instead Palestinian organisations and human rights defenders have faced growing Israeli repression according to AI. The immunity Israel enjoys courtesy of the West, has allowed it to violate norms and values of international law with impunity.

The question thus arises whether legal instruments flowing from a variety of forums in addition to the UN Charter, are selectively invoked by Western powers in protection of their own imperial interests, and deliberately denied to victims of war crimes by their client regimes?

Undoubtedly Western response to Russia’s attack on Ukraine has exposed a series of racist prejudices and dual standards if compared to how it has and continues to conduct discriminatory  policies towards Palestine.

For instance armed resistance is justified and supported by them in Ukraine against Putin’s occupying forces but outlawed and criminalised as “terrorism” in Palestine against Israel’s military occupation.

Sanctions imposed on Russia never feature as leverage against Israel. In fact in many parts of the West and particularly in America, the global BDS movement is hounded and unfairly targeted as “antisemitic” and outlawed.

Cutting Russia off from accessing global financial services is in direct contrast to rewarding Israel with unlimited aid including the most sophisticated weaponry.

For any objective analyst and student of international relations, the absence for even handedness will not only be starkly visible, it hopefully will usher in a new paradigm in the study of political science as well as abhorrence of its current racist application.