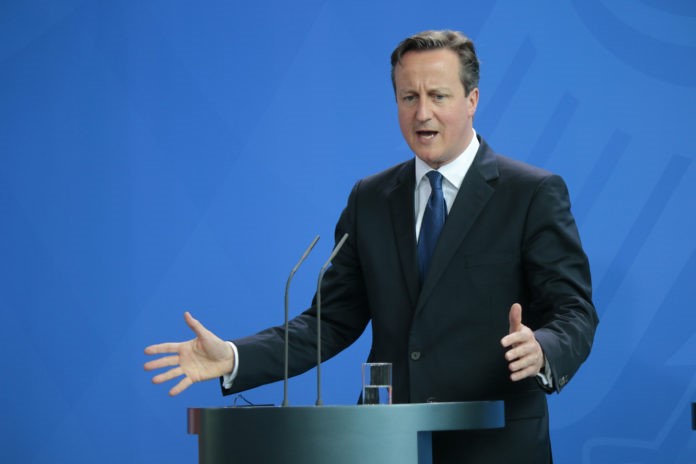 Share this on WhatsApp
Muslim activists have accused the Policy Exchange think tank of having an “Islamophobic agenda” after it released a report heavily criticising them for opposing the government’s Prevent counter terror strategy.

Deligitimising Counter-Terrorism singled out several Muslim groups including 5Pillars, MEND, CAGE, Prevent Watch, the Muslim Council of Britain and the Islamic Human Rights Commission – accusing them of effectively being “enablers of terrorism.”

The report, backed by former Prime Minister David Cameron, said that Prevent risks being scrapped because of malicious campaigns set up by Islamist groups to denounce the anti-terror programme as Islamophobic.

CAGE called the Policy Exchange report an academically poor and desperate attempt to defend the Islamophobic Prevent strategy by smearing Muslim organisations for challenging the policy and holding the government to account for the targeting of their community.

Muhammad Rabbani, Managing Director of CAGE, said: “The report stands as a testament to the unified resilience of Muslim organisations, against all odds, in effectively defending their communities from one of the most pernicious and insidious government policies, that is Prevent.

“Despite the government having a near absolute monopoly on power and access to mainstream media and PR agencies, the report promotes a false reality of ‘unopposed activists’ critiquing Prevent in order to explain away communities’ wholesale rejection of Prevent.

“The report fails to contend with any of the substantive arguments presented by CAGE and others against Prevent. It is a ‘rinse and repeat’ of tired Islamophobic tropes, stereotypes and mischaracterisations.

“It is very telling that in its attempt to defend Prevent, Policy Exchange has completely ignored the vast body of critique from beyond the Muslim community. This underlines their open Islamophobic agenda.

“It’s indicative of Islamophobia in the UK when former PM’s give their name to such open hostility to Muslim civil society.

“Civil society organisations defending their communities are no stranger to state sponsored defamation. Hence, to suggest critiquing Prevent equates to enabling terrorism is not only desperate, but also libelous. The former Prime Minister and Policy Exchange seem wholly unable to respect the long standing democratic tradition of dissent and holding those in power to account.”

Dr Layla Aitlhadj, Director at Prevent Watch and co-chair of the People’s Review of Prevent, said: “The Policy Exchange report offers little in terms of research or academic criticism but presents a series of attacks on Muslim civil society organisations and individuals who are critical of the government’s toxic Prevent programme and its impact on Muslims and wider society.

“This is very poor attempt to shutdown the wave of criticism that will follow the long overdue Shawcross review into Prevent.”

It said: “Academics, civil society organisations and activists have all condemned Prevent for being a tool of government oppression against the country’s Muslims and part of a social engineering exercise to create a politically compliant community.

“In 2017 a UN Human Rights Council report said Prevent was ‘inconsistent with the principle of the rule of law.’ And in 2020, UN Special rapporteur Fionnuala Ní Aolain said that religious groups, minorities and civil society actors in particular have been victims of rights violations under the guise of countering ‘extremism’ and that the programme was counter-productive and should be scrapped.

“In fact the tide of opposition to Prevent has been so powerful and so wide that we find it surprising for the Policy Exchange to be trying to rescue a floundering policy. Prevent has been so widely discredited that it is beyond resuscitation. It’s time to let it die.”

And MEND said Policy Exchange had launched a blatant Islamophobic attack on Muslim critics of the Prevent strategy and the Shawcross review into the strategy.

It said: “In recent years there has been sustained criticism of the Prevent strategy put forward by experts from across society, including three special rapporteurs to the UN, the NEU (formerly known as the NUT), the NUS, the former Independent Reviewer of Terrorism Legislation, Amnesty International, Rights Watch UK, the Open Society Justice Initiative, the Joint Committee for Human Rights, and more than 140 academics, politicians and experts in one instance alone.

“For Policy Exchange to claim that legitimate and well-founded critique of Prevent is an ‘Islamist’ and ‘extremist’ narrative is nonsense, and a thinly disguised and blatant attempt to shut down criticism from various Muslim groups and delegitimise them.

“The report acknowledges that ‘MEND is frequently accepted as a partner at the local level by police services, the NHS and regional Police and Crime Commissioners.’ Clearly, Policy Exchange are troubled by the fact that these agencies can think and act independently of the Government and make judgments for themselves as to whether we are ‘Islamist extremists’ or are articulating the reasonable concerns of the Muslim community. As a national grassroots organisation, we will continue to work with local partners on this and many other issues.”

The Policy Exchange report said that the Prevent anti-terror programme is at risk of “dying the death of a thousand cuts” because of failure to defend it from critics.

It warned of “numerous but overlapping campaigns and activist voices” aimed at establishing that the strategy is Islamophobic, and suggested the Government set up a new communications unit to rebut disinformation about counter-terrorism and counter-extremism strategies.

“The end goal of these Islamist-led campaigns is the scrapping of Prevent and the counter-extremism programme,” said the report. The authors called for a Centre for the Study of Extremism to give Ministers the tools to properly push back against campaigners, with a separate communications unit to disseminate rebuttal, and a due diligence unit.

Fiyaz Mughal, founder of Faith Matters and Tell Mama, said: “This report is much needed to highlight the smoke and mirrors that some groups have thrown up around Prevent. I know that many lives have been changed from the trajectory of self-destruction and harm to others, because of Prevent and the work that many have done to stop some people heading into a very dark place. It is not a perfect scheme, but it is not the threat to Muslims that some of these divisive groups promote for their own self-interests.

“The lobby of groups painting Prevent as a threat to Muslims, need to take a long hard look at their actions and it’s impacts on public safety. Indeed, in placing themselves as ‘saviours’ for Muslim communities, some within them take a very intolerant set of positions against Muslims with alternative views on Prevent. Which begs the statement that their Putinesque actions of enforcing their will and views on others, needs to be resisted at all costs. The public deserve to be safe and British Muslims not held in the sway of such shape shifters who promote fear, untruths and in some cases divisiveness.”

And Khalid Mahmood MP said: “Opposing Prevent is a die in a ditch issue for a small number of determined activists. This investigation shows however that it is not just Prevent, but virtually any counter-terrorism policy, from any government, which is denounced. In the real world, we do not have the luxury of behaving in this manner. The need for communities to come together, to work with the authorities to oppose extremism, is as great as ever. It is time to push back against those who seek to divide us.”