Will Defiance Of Press Code by Jewish Report Have Zero Consequences? 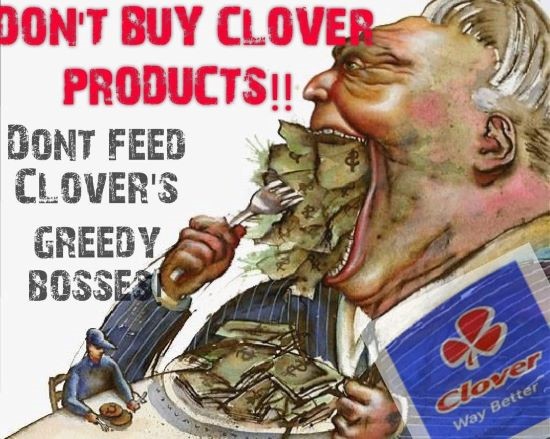 Has the South African Jewish Report failed to recognise that its messy reaction to the finding against it by the Press Council of SA has turned into a public relations nightmare?

Clearly if its publishers and editorial team has any regard for media ethics which are universally underpinned by fairness and truth, one would expect them to introspect to determine what went wrong. And why?

The saga I refer to that set off a chain of events ultimately leading to a bruising defeat for the Jewish Report, relates to an anti-capitalist cartoon published by the trade union GIWUSA as part of its campaign in a labour dispute with Clover.

The same cartoon then gets picked up and republished by Palestinian solidarity movement, the SABDS Coalition, resulting in a furore apparently constructed by the Jewish Report to smear the movement as anti-Semites.

The article in question which became a bane of dispute, not only sought to disparage the movement by allegations of antisemitism for publishing a cartoon it claimed to be antisemitic; it bizarrely reproduced the cartoon!

Strangely, the reproduction of the cartoon which it described as deeply offensive to Jews, accompanied the contested article for a Jewish readership. Why the contradiction? Surely a question the owners need to reflect on as part of the introspection to establish who screwed up.

Strategies allow choices one can make to obtain a desired outcome. If in the case of the Jewish Report’s editor, or editorial team or perhaps even its chairman, assumed to have strategized  to nail the SABDS Coalition once and for all, it backfired dismally.

No pretence to hide the choice made if indeed the strategy was to directly target and vilify the BDS movement.

Though the contentious article was published on Nov 6, 2020; eighteen months later it still faces a disastrous fallout in public relations. And efforts at damage control that smack of arrogance, hasn’t added any value. In fact the negative impact for the Jewish Report, remains in the spotlight.

And correctly so due to the necessity of media conduct having to be weighed up in relation to their position on the all important question of media ethics.

According to the Society of Professional Journalists (SPJ), ethics are principles a journalist uses as a guide when deciding between right and wrong. “Ethics in journalism can be defined as the code of conduct to which a journalist is held accountable to and lives by when performing duties”.

As it turned out, a comprehensive analysis of the article in relation to the Press Council’s code, formed the basis of a complaint by media activist Hassen Lorgat on behalf of the BDS Coalition and trade union GIWUSA.

A damning finding by the regulatory authority against the Jewish Report for being guilty of relevant parts of the press code, was made. It required an unconditional apology by them against the complainant be published. It meant that the allegation of antisemitism was unfounded thus clearing BDS from the false charge.

Once again, in defiance of its obligations as a signatory and member of the Press Council, the Jewish Report lacked the moral courage to apologise. Instead it attempted to obfuscate and duck out by resorting to unconvincing efforts such as lapsing its membership.

Having repeatedly frustrated the Press Council’s ruling, the Jewish Report suffered a humiliating expulsion by being axed as a member.

As reported in the City Press, it is the first time in the history of the press and online media’s regulatory body that a member has been expelled. And it happens to be a paper known for its allegiance and support for apartheid Israel.

In explaining the background following harsh criticism from the Jewish Report’s chairman Howard Sackstein who accused the Press Council of “incompetence”, Latiefa Mobara of the Press Council set the record straight.

“All our mediation and adjudication processes are independent. Three judges oversee the work of the PCSA. Judge Levinsohn is the chairperson, Judge Ngoepe heads our appeals panel and Justice Yvonne Mokgoro is responsible for our appointments panel, which appoints all public officers at the council”.

Mobara was clear: “…the decision to expel the publication was made to ensure that reporting in the media space was fair and ethical”.

Two key words that remain at the heart of journalism: fairness and ethics, which the Jewish Report was found to be lacking in or worse in short supply, thus kicked out.

The question facing the Jewish Report is whether it can salvage damage to its image while remaining adamant that it will not abide by the ruling?

Such impunity which may resonate with hardliners within South Africa’s Zionist establishment, is intolerable and should be called out and challenged by media practitioners. To ignore it will imperil hard won press freedoms especially in the struggle to ensure transformation of the media, including the protection consumers are entitled to from being unfairly smeared.

Mobara is thus correct in arguing that members are required to adhere to the principles contained in the press code.