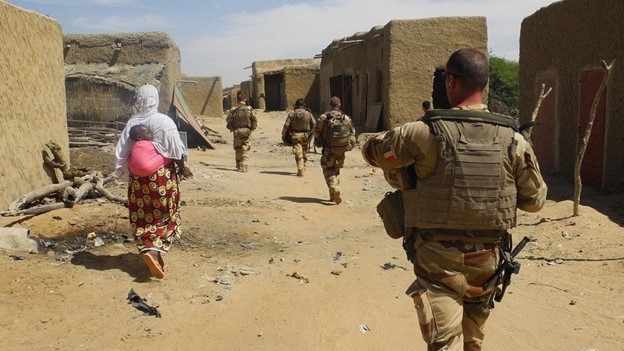 Nothing happens in former French colonies without the knowledge of France. Yesterday’s coup in Ouagadougou is not a surprise to many of us. Burkina Faso military leader Paul-Henri Damiba has been deposed in the country’s second coup in a year, as army Captain Ibrahim Traore took charge, dissolving the transitional government and suspending the constitution.

Traore said on Friday evening that a group of officers had decided to remove Damiba due to his inability to deal with a worsening armed uprising in the country. The captain was previously head of Special Forces unit “Cobra” in the northern region of Kaya.

It is the second takeover in eight months for the West African state. Damiba took power in a coup in January that overthrew former President Roch Kabore, also due in part to frustration over the worsening insecurity.

Burkina Faso has been struggling to contain rebel groups, including some said to be associated with al-Qaeda and ISIL (ISIS). Despite all this, there is something behind this instability and there is no doubt all the fingers point at France, the former colonial power.

There is no doubt that France was the mastermind of the assassination of Captain Thomas Sankara because he was the threat to France’s hegemony over Burkina Faso. They instigated none other than Blaise Compaore one of Sankara’s closest comrade to kill him and take power.

When will these racist, colonialist and imperialist’s countries stop what they are doing? We call upon the African Union (AU) to demand an end of this behavior. They need to know that Africa is not their backyard as seen in their issuing of instructions to who they befriend and how they should run their affairs.

On Friday, Traore announced that borders were closed indefinitely and that all political and civil society activities were suspended. A curfew from 9pm to 5am was also announced.

Faced with the deteriorating situation we tried several times to get Damiba to refocus the transition on the security question,” said the statement signed by Traore and read out by another officer on television, flanked by a group of soldiers in military fatigues and heavy armour.

The statement said Damiba had rejected proposals by the officers to reorganise the army and instead continued with the military structure that had led to the fall of the previous government.

“Damiba’s actions gradually convinced us that his ambitions were diverting away from what we set out to do. We decided this day to remove Damiba,” the statement said.

National stakeholders will be invited soon to adopt a new transitional charter and designate a new civilian or military president, it said.

One wonders why these parasitic former colonial masters won’t leave us alone. They pretend to be partners with Africa when in actual fact it’s a disguise to enter into crooked deals meant to cheat and defraud African countries of their precious minerals. This situation cannot be allowed to continue, we demand a stop to it. Aluta Continua!