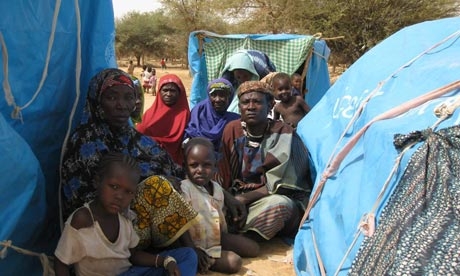 As French war planes bomb Mali, there is one simple statistic that provides the key context: this west African nation of 15 million people is the eighth country in which western powers – over the last four years alone – have bombed and killed Muslims – after Iraq, Afghanistan, Pakistan, Yemen, Libya, Somalia and the Phillipines (that does not count the numerous lethal tyrannies propped up by the west in that region).

For obvious reasons, the rhetoric that the west is not at war with the Islamic world grows increasingly hollow with each new expansion of this militarism. But within this new massive bombing campaign, one finds most of the vital lessons about western intervention that, typically, are steadfastly ignored.

First, as the New York Times’ background account from this morning makes clear, much of the instability in Mali is the direct result of Nato’s intervention in Libya. Specifically, “heavily armed, battle-hardened Islamist fighters returned from combat in Libya” and “the big weaponry coming out of Libya and the different, more Islamic fighters who came back” played the precipitating role in the collapse of the US-supported central government. As Owen Jones wrote in an excellent column this morning in the Independent:

“This intervention is itself the consequence of another. The Libyan war is frequently touted as a success story for liberal interventionism. Yet the toppling of Muammar Gaddafi’s dictatorship had consequences that Western intelligence services probably never even bothered to imagine. Tuaregs – who traditionally hailed from northern Mali – made up a large portion of his army. When Gaddafi was ejected from power, they returned to their homeland: sometimes forcibly so as black Africans came under attack in post-Gaddafi Libya, an uncomfortable fact largely ignored by the Western media. . . . [T]he Libyan war was seen as a success . . . and here we are now engaging with its catastrophic blowback.”

Over and over, western intervention ends up – whether by ineptitude or design – sowing the seeds of further intervention. Given the massive instability still plaguing Libya as well as enduring anger over the Benghazi attack, how long will it be before we hear that bombing and invasions in that country are – once again – necessary to combat the empowered “Islamist” forces there: forces empowered as a result of the Nato overthrow of that country’s government?

Second, the overthrow of the Malian government was enabled by US-trained-and-armed soldiers who defected. From the NYT: “commanders of this nation’s elite army units, the fruit of years of careful American training, defected when they were needed most — taking troops, guns, trucks and their newfound skills to the enemy in the heat of battle, according to senior Malian military officials.” And then: “an American-trained officer overthrew Mali’s elected government, setting the stage for more than half of the country to fall into the hands of Islamic extremists.”

In other words, the west is once again at war with the very forces that it trained, funded and armed. Nobody is better at creating its own enemies, and thus ensuring a posture of endless war, than the US and its allies. Where the US cannot find enemies to fight against it, it simply empowers them.

Third, western bombing of Muslims in yet another country will obviously provoke even more anti-western sentiment, the fuel of terrorism. Already, as the Guardian reports, French fighter jets in Mali have killed “at least 11 civilians including three children”. France’s long history of colonialization in Mali only exacerbates the inevitable anger. Back in December, after the UN Security Council authorized the intervention in Mali, Amnesty International’s researcher on West Africa, Salvatore Saguès, warned: “An international armed intervention is likely to increase the scale of human rights violations we are already seeing in this conflict.”

As always, western governments are well aware of this consequence and yet proceed anyway. The NYT notes that the French bombing campaign was launched “in the face of longstanding American warnings that a Western assault on the Islamist stronghold could rally jihadists around the world and prompt terrorist attacks as far away as Europe.” Indeed, at the same time that the French are now killing civilians in Mali, a joint French-US raid in Somalia caused the deaths of “at least eight civilians, including two women and two children”.

To believe that the US and its allies can just continue to go around the world, in country after country, and bomb and kill innocent people – Muslims – and not be targeted with “terrorist” attacks is, for obvious reasons, lunacy. As Bradford University professor Paul Rogers told Jones, the bombing of Mali “will be portrayed as ‘one more example of an assault on Islam'”. Whatever hopes that may exist for an end to the “war on terror” are systematically destroyed by ongoing aggression.

Fourth, for all the self-flattering rhetoric that western democracies love to apply to themselves, it is extraordinary how these wars are waged without any pretense of democratic process. Writing about the participation of the British government in the military assault on Mali, Jones notes that “it is disturbing – to say the least – how Cameron has led Britain into Mali’s conflict without even a pretence at consultation.” Identically, the Washington Post this morning reports that President Obama has acknowledged after the fact that US fighter jets entered Somali air space as part of the French operation there; the Post called that “a rare public acknowledgment of American combat operations in the Horn of Africa” and described the anti-democratic secrecy that typically surrounds US war actions in the region:

“The US military has based a growing number of armed Predator drones as well as F-15 fighter jets at Camp Lemonnier, which has grown into a key installation for secret counterterrorism operations in Somalia and Yemen. The defense official declined to identify the aircraft used in the rescue attempt but said they were fighter jets, not drones. . . . .

“It was unclear, however, why Obama felt compelled to reveal this particular operation when he has remained silent about other specific US combat missions in Somalia. Spokesmen from the White House and the Pentagon declined to elaborate or answer questions Sunday night.”

The Obama administration has, of course, draped its entire drone and global assassination campaign in an impenetrable cloth of secrecy, ensuring it remains beyond the scrutinizing reach of media outlets, courts, and its own citizens. The US and its western allies do not merely wage endless war aimed invariably at Muslims. They do so in virtually complete secrecy, without any transparency or accountability. Meet the western “democracies”.

Finally, the propaganda used to justify all of this is depressingly common yet wildly effective. Any western government that wants to bomb Muslims simply slaps the label of “terrorists” on them, and any real debate or critical assessment instantly ends before it can even begin. “The president is totally determined that we must eradicate these terrorists who threaten the security of Mali, our own country and Europe,” proclaimed French defense minister Jean-Yves Le Drian.

As usual, this simplistic cartoon script distorts reality more than it describes it. There is no doubt that the Malian rebels have engaged in all sorts of heinous atrocities (“amputations, flogging, and stoning to death for those who oppose their interpretation of Islam”), but so, too, have Malian government forces – including, as Amnesty chronicled, “arresting, torturing and killing Tuareg people apparently only on ethnic ground.” As Jones aptly warns: “don’t fall for a narrative so often pushed by the Western media: a perverse oversimplification of good fighting evil, just as we have seen imposed on Syria’s brutal civil war.”

The French bombing of Mali, perhaps to include some form of US participation, illustrates every lesson of western intervention. The “war on terror” is a self-perpetuating war precisely because it endlessly engenders its own enemies and provides the fuel to ensure that the fire rages without end. But the sloganeering propaganda used to justify this is so cheap and easy – we must kill the Terrorists! – that it’s hard to see what will finally cause this to end. The blinding fear – not just of violence, but of Otherness – that has been successfully implanted in the minds of many western citizens is such that this single, empty word (Terrorists), standing alone, is sufficient to generate unquestioning support for whatever their governments do in its name, no matter how secret or unaccompanied by evidence it may be.

Glenn Greenwald is a columnist on civil liberties and US national security issues for the Guardian. A former constitutional lawyer, he was until 2012 a contributing writer at Salon. He is the author of How Would a Patriot Act? (May 2006), acritique of the Bush administration’s use of executive power; A Tragic Legacy (June, 2007), which examines the Bush legacy; and With Liberty and Justice For Some: How the Law Is Used to Destroy Equality and Protect the Powerful