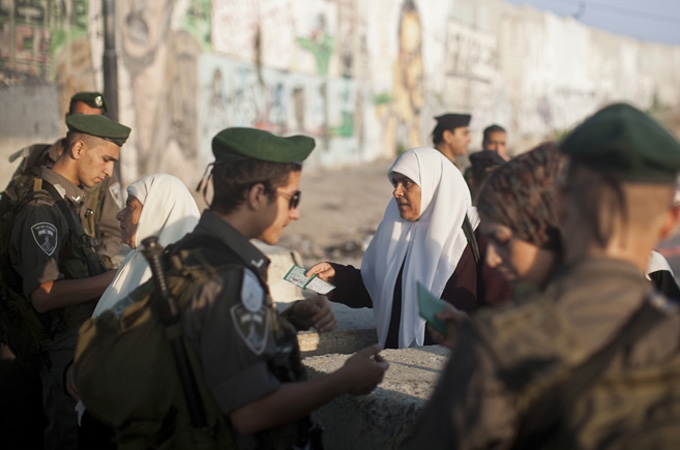 Israel controls the Palestinian population registry and all important cards required to enter Gaza and the West Bank.

Israel’s one state reality greeted us at the gates of the Gaza-Rafah crossing when we were asked by the Egyptian officer to present our Haweyah (Palestinian IDs) in order to be allowed through. It is not like we weren’t expecting this request, we knew that it would come down to this even though our Australian passports clearly showed Gaza as our place of birth we were still not considered Palestinian nationals in our own home city. Rather, we were treated like foreigners who needed an almost impossible amount of bureaucratic red tape designed to discourage the likes of us of ever thinking of visiting loved ones back home.

Allow me to explain: Since Israel’s establishment it has used the system of ID cards to differentiate between its Jewish and non-Jewish residents and citizens, a distinction needed in order to apply its apartheid discriminatory policies of separate and unequal treatment. When Israel occupied Gaza and the West Bank in 1967, its Interior Ministry began to also issue ID cards to the Palestinians in the Occupied Territories. By 1982, Israel passed the Identity Card Carrying and Displaying Act requiring all residents of Israel both inside its 1948 borders and inside the green line in the Occupied Territories, who are over 16 years of age, to carry at all times these ID cards and to present them upon request to the authorities.

Israeli citizens’ ID cards come in blue plastic casing with the Israeli Coat of Arms on the outer cover. Palestinians prior to the establishment of the Palestinian Authority had orange casings in the West Bank and red casings in the Gaza Strip both with the IDF insignia embossed on the outer cover highlighting Israel’s military control. Palestinians in the Occupied Territories who were forbidden entry into Israel’s 1948 borders had green casings.

Much has been written about how the system of ID cards is used as a weapon to further cement the fragmentation of the Palestinian population as it confines the Palestinians to their geographic Israeli-controlled Bantustans, forbidding Palestinians with Gaza IDs entry into the West Bank and Jerusalem and vice versa. But perhaps the worst and most insidious effect this system has is in the way it is designed to control and monitor the movement of all Palestinians and to curb the Palestinian population by denying their diaspora the right to come home even if for a short visit.

As we stood at the Rafah crossing, we were confronted with this reality. The Egyptian officer insisted that only Palestinians with the Israeli-controlled Palestinian ID cards are allowed to use this crossing. These orders are a result of an unforgivable move, one of many, that were made by the Palestinian National Authority when in 2005, Palestinian negotiators led by Mohammed Dahlan (a Fatah leader with strong links to Israel and the US) signed an agreement with Israel on movement and access from and to Gaza. One of the conditions they agreed to was restricting the use of the Rafah crossing to Palestinian ID card holders. It is hard to fathom why the Palestinian Authority would have agreed to such an inhumane condition which in reality means that Gazan residents would be cut off from loved ones in exile.

After seven hours of waiting at the Rafah border and after exhausting every connection, every phone number, every thread of hope and every possibility, we managed to make it through. Once inside Gaza, it became abundantly clear that despite Hamas’ visible presence inside the city and the endless waves of green flags, we had arrived into an Israeli controlled Bantustan. The currency used here is the new Israeli Shekel, the IDs all the residents carry are issued by the Israeli interior ministry, all births go through the Israeli national registry, the essential products are all Israeli in this captive market. As I type this to the sound of the Israeli F16 hovering in the sky above, and as I look at the sea patrolled by Israeli cruisers, I am convinced that I am now inside Israel’s one state reality in a Bantustan they call Gaza.