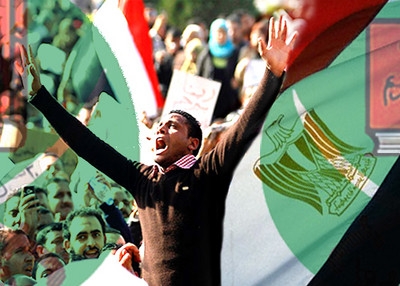 I urge, as did the Muslim brotherhood via their twitter account, for the media to be vigilant. What the mass media and many Western powers would have us believe is the political situation is not exactly as it seems. – written by Aayesha J Soni, Vice-chairperson of MRN

As we watch the circumstances in Egypt fast escalate into an emergency situation, what many do not realise is that it has little to do with the Constitution or recent presidential decrees passed and more to do with an ideological opposition against President Morsi and the Muslim Brotherhood.

The Muslim Brotherhood won the democratic elections by a wide margin and enjoyed a vast range of support not only from Muslims but from Christians, leftists, secularists and the workers. They have a clear vision and form the majority of Egyptians. The opposition, who were previously only united against Mubarak, form a much smaller percentage encompassing mainly secular liberals, socialists and Christians. Driven by power, they are working to undermine President Morsi under the pretext of keeping the revolutionary spirit alive. However, on closer inspection, it will become obvious that that is exactly what Morsi was and is attempting to do. He had to act fast in order to counter the old-guard judiciary whom were poised to dissolve the Constitutional Committee and thus issued the decree putting his powers temporarily above that of judicial review. In fact, this was the only option for the Muslim Brotherho od in order to drive the revolution forward and use the window of opportunity presented post the Israeli-Hamas truce deal to optimum effect.

The opposition is headed by two figures whose only intent seems to destabilise Egypt: Mohammed ElBaradei and Amr Moussa. Amr Moussa was the former Mubarak foreign minister and it is consequently ironic having him lead the charge against the democratic Morsi. He has become somewhat of a media celebrity as he tirelessly sows the seeds of dissidence within the country. ElBaradei, whom was IAEA chief during the Bush/Blair invasion of Iraq and is widely considered a “nice, laid back and secular Muslim” lost in the polls. He seems to have forgotten that even with his US support the Egyptians did not vote for him, and his attempts can only be translated as grappling at straws in order to retain some power.

President Morsi explained that, “The decisions I took are aimed at achieving political and social stability”. He has promised to renounce his new powers in four months time when the new constitution is affirmed and unlike the previous Pharoahs of Egypt, he has given us no reason to doubt that he will keep his word.

The transition to a new Egypt will not be easy. Now, with the added tension of the counter-revolutionaries who are working tirelessly to undermine the struggle of the Egyptian population, the road ahead looks like a difficult one. However, the Muslim Brotherhood has not given us any reason to doubt their credibility nor implicate them as having dictatorial tendencies. They should be given the benefit of the doubt and allowed to ease their country into stability, without biased media coverage adding to an already very delicate situation.