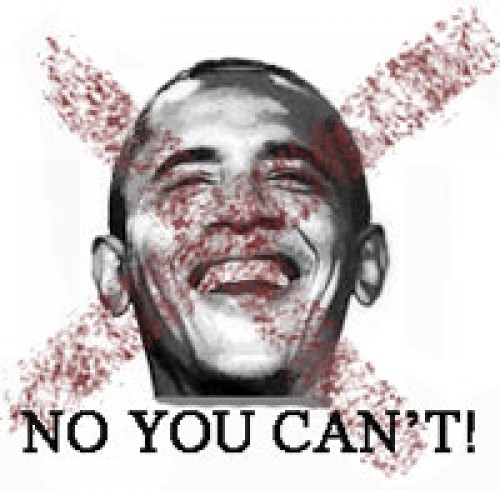 Barak Obama entered office in 2009 on the shoulders of the masses in the aftermath of an era of war ushered in by G.W. Bush. The slogans of Yes We Can carried with it not only support but hope that the world will witness a change in U.S. foreign policy which had turned so many against it. Promises of closing the notorious torture facility of Guantanamo Bay that held prisoners as young as 13 and some as old as 98.

A facility that revealed the most despicable face of society that turned a blind eye to Bush’s torture, kidnapping and even murder of men and boys; which we now know a majority of whom to be innocent. Promises of extending a hand to the Muslim world that was ripped apart by two wars – Iraq and Afghanistan. Promises of democracy and transparency.

We were all deceived and many remain deceived. During the first year of the Obama administration, Obama personally authorised a Tomahawk Cruise Missile Strike on a tiny village in rural Yemen called al-Majalah, killing 21 children and 14 women. Silence… the world knew nothing because that was part of the deception. When Yemeni journalist Abdulelah Haider Shaye investigated the one sided attack on the civilian village, the story recounted was horrific. Village elders spoke of how they had to pick up parts of bodies because they were torn to shreds. When Shaye revealed the US strike he was imprisoned by the US backed dictator Ali Abdullah Saleh. After tremendous outrage, Saleh pardoned Shaye, only to receive a call from Obama himself to keep the whistle-blower journalist in prison. To date he remains imprisoned.

Yet Obama’s bloody trail doesn’t stop there. Under the Obama administration, drones have become the weapon of choice. Remote controlled planes piloted from Nevada flying in Iraq, Afghanistan, Pakistan, Yemen and Somalia. In Pakistan alone, 474 to 881 civilians including 176 children have been snuffed out with no reasons, no answers and no accountability. These deaths are justified because by a drone policy that classifies all males of “fighting age” killed in drone attacks as “militants.” Drones are being actively flown over Africa from bases in Djibouti, Ethiopia, Niger and Seychelles. Under Obama, the US has effectively declared the world a battlefield authorising the use of drone strike decided during ‘terror Tuesday’ meetings in which Obama plays the prosecutor, judge and executioner.

Guantanamo remains open and a 103 inmates are currently on hunger strike in order to secure basic human rights. Majority have been cleared of all charges yet the Obama administration states that 48 detainees can neither be released nor tried, but should be held in indefinite. As he promises again and again to close down this detention facility, he seems insincere. In Somalia the US under the Obama administration has set up what is known to the locals as the ‘Guantanamo’ of Africa. A facility which holds the horrors of torture in its basements under the CIA and other intelligence outfits supervision.

Let us not forget the Abu Ghraib tragedy where men were humiliated by being stacked in human pyramids naked, sexually abused, tortured, forced to eat their own faeces, ravaged by dogs to be stitched up by ‘chicken surgeons’ only for the torture to be repeated. Hundreds of these photos and videos existed and revealed an institutionalised policy of torture of this nature. Obama intervened, denying justice not only to the victims and their families, but to the global collective by refusing to release the evidence stating that it would flame anti-US sentiment. Yet, Obama never addressed the problem, and only prosecute low level officers.

Perhaps the PRISM scandal which was broken by Edward Snowden which revealed how the US NSA intercepted all communications with the assistance of Google, Facebook, Skype and Microsoft to name a few. The invasion of privacy from recording the content of every call, text, online message even old and edited documents. Interception that spans the world including myself and you the reader.

This application by the MLA is not about race, religion or agenda. It is about the facts. Some may argue that he is the most ‘powerful man’ in the world. He remains a man, subject to the law. As a child of the new South Africa, I was taught that race is not your defining factor. Therefore I judge Obama on his actions and policies. If this is what my Government, certain institutions, and certain sections of the community glorify drone murders, incarceration of the innocent, imprisonment of whistle blowers, violating my Constitution rights of privacy… then I say: Not In My Name! #NoYouCant #Obama