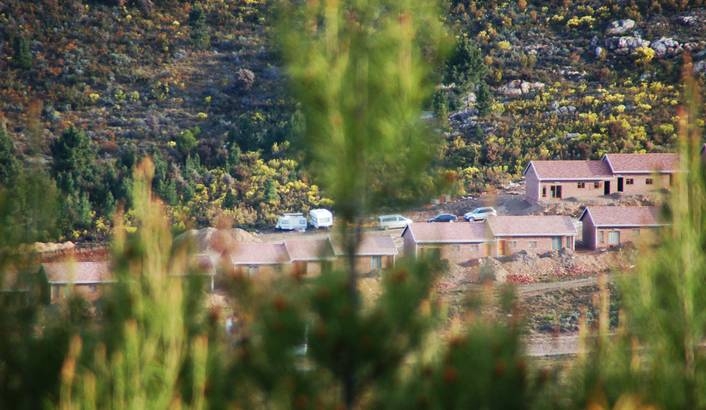 The “Islamic terror” saga generated by a frontline electronic publication in South Africa has successfully been put to bed without any Muslims resorting to bombs and missiles.

Daily Maverick, which boasts of a group of influential commentators, has finally admitted that the sensationalist report it published during May 2013 by controversial journalist De Wet Potgieter titled “Al Qaeda: Alive and well in SA” was filled with inaccuracies, lies and a host of unsubstantiated allegations.

Potgieter himself has [possibly in his final piece on Daily Maverick] acknowledged his error of judgment and shockingly revealed how his entire report and clumsy investigation was manipulated by unnamed “intelligence sources”. Interestingly and in contrast to the official unconditional apology made by Daily Maverick editor Branko Brkic to the Dockrat family and SA Muslims, Potgieter resorts to a blame-game without any hint of remorse or regret.

Nevertheless, the fall-out from Brkic’s decisive tough stance has effectively undermined Potgieter’s reputation. It will surprise me if any media platforms will have the gall to retain his services given the enormity of damage caused to his fraternity by such a reckless report.

As we enter a post-DeWetGate phase, expectedly many media houses have expressed outrage at Potgieter-type “investigative” reports and welcomed Daily Maverick’s apology and assurance that such distortions will not pass their accuracy test in future. As much as this approach seems to be embraced, it certainly does not grant Muslims any guarantee that reports reeking of Islamophobia and racism will not re-emerge under some or other guise. Indeed, social media is abuzz with questions about whether those who excitedly jumped into the fray by echoing Potgieter’s “discovery of Al Qaeda terror camps” across banner headlines and radio talk-shows, will be as courageous as Brkic.

What this episode demonstrates in part is the danger of irresponsible journalism feeding into a frenzy that remains impossible to untangle once unleashed. Following the May expose, we were confronted with a scenario where almost every conceivable media platform, from newspapers to radio & TV and from online publications to blogs, facebook & twitter, raised the specter of Muslims clandestinely engaged in terror-training camps. Reports that invariably by their nuanced language leave a grey area wherein opinion is presented as fact to a gullible public.

Hence a great deal of the drama associated with DeWetGate also resulted in it being exploited by political formations especially the official opposition, the Democratic Alliance. Political point-scoring kicked in with parliamentary debates forcing the ruling ANC government to pronounce on Potgieter’s faulty findings. A sense of deja-vu by Zionist forces allied to Israel who with wagging fingers were heard screaming “I told you”. Many dug up previously discredited information by so-called “Islamic terror experts” who to their shame have yet to produce a single piece of evidence that Hizbullah, Hamas or Al Qaeda terror-camps exist in South Africa.

One such “expert” named by Potgieter is Professor Hussein Solomon.

This person’s expertise is lauded by Israel and its collection of Muslim-bashers who include such well-known Islamophobes as Steven Emerson, Daniel Pipes, Pamela Geller and Benjamin Netanyahu. Their record of hate and venom is in the public domain and forms part of a global Islamophobia industry.

So too is it widely known that their agenda is inspired in defense of Israel to misrepresent Palestinian solidarity activism as “terrorism”. Not surprising therefore to find how extensively Solomon has been used in the garb of a “moderate Muslim” to demonise legitimate Islamic movements in South Africa and their activities as “militant”, “radical extremists” and “terror fronts”.

Why does it not surprise me that Potgieter and his claim of being an investigative reporter for more than three decades would have thrown caution to the wind by relying on Solomon and thereby jeopardizing his career? While it’s not clear whether his coffee-meeting with a “close friend” was in fact with Solomon, it does point to the proverbial birds-of-feather-flocking-together.

Has the DeWetGate saga ended with the apology? Or has it opened the door to serious introspection by media about their on-going coverage of similar stories being reliant on discredited sources? Also with regard to the issue of undoing damage resulting from an entirely baseless narrative, what more can the Daily Maverick offer over and above an apology to restore the integrity of the Dockrat family?