How Israel Legitimizes the Abuse of Palestinian Political Prisoners 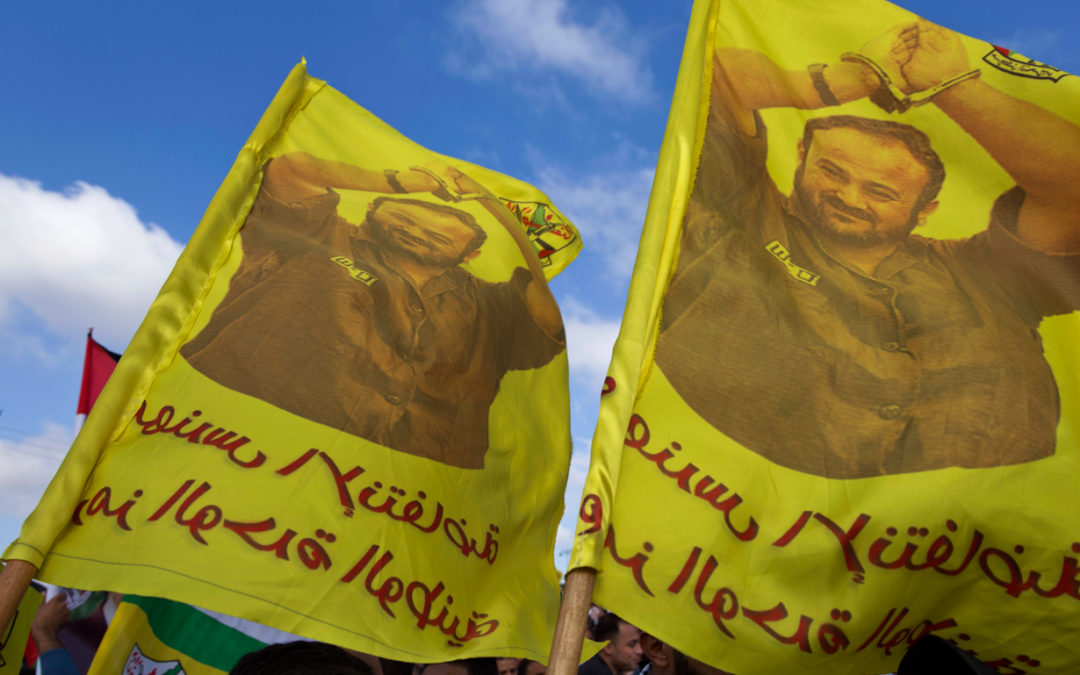 Each year Palestinian Prisoners Day comes and goes while the prisoners remain in their cells and their conditions worsen. The destructive effects that Israel’s imprisonment of thousands of Palestinians has on society cannot be overstated. Israel justifies its treatment of these prisoners with false claims that the Palestinian men, women, and children who languish in its jails are terrorists. These false claims must be rejected in their entirety. Palestinian prisoners are political prisoners, they are prisoners of conscience and must be viewed and treated as such by the international community.

Israeli claims that Palestinian resistance and the Palestinian struggle for liberation is terrorism are at the root of the prisoner issue. Because these claims are accepted as part of the larger Israeli narrative that demonizes Palestinians, Israel is able to justify incarcerating thousands of people. But it is false. The Palestinian struggle is legitimate, morally, and legally and the Israeli discourse, which characterizes it as terrorism is to be rejected completely.

Coronavirus and the release of prisoners

A statement released by the office of the United Nations Human Rights Commissioner, Michelle Bachelet, calls for the release of “every person detained without sufficient legal basis, including political prisoners, and those detained for critical, dissenting views.” This followed an earlier call from Ms. Bachelet saying that governments must “take urgent action to protect the health and safety of people in detention.”

Palestinian human rights organization  Adalah recently echoed the call by the United Nations for “urgent action to ensure the release of Palestinian prisoners and detainees.” Among the conditions that make Israeli jails an optimal breeding ground for the virus, Adalah included, “dire detention conditions, including systematic torture and ill-treatment, pervasive medical negligence, overcrowding, lack of proper ventilation and access to sanitary products, including sanitizers and disinfectants, poor nutrition.”

It was reported widely that Iran released tens of thousands of prisoners, including political prisoners, for this reason. However, there is no reason to expect that the government of Israel will comply with the demands made by the United Nations Human rights Commissioner.

Israel will not take action as a result of appeals to decency or humanitarian considerations. The state of Israel will respond only to severe pressure, sanctions, and the threat of diplomatic isolation. Israeli society will not demand that its elected officials act on this issue unless it suffers severe consequences. However, in the political climate that exists around the world today, it is unlikely the international community will act. During the case of the Holy Land Foundation (HLF) which I outline in my book, “Injustice, The Story of the Holy Land Foundation Five,” funding for the families of prisoners was brought up. HLF had a program that provided financial support to the families of prisoners. It was perfectly within reason for HLF to offer this relief to the families knowing how desperate their conditions can become with the main breadwinner incarcerated by Israel. The Israeli claim was used against the defendants.

During the HLF trials, one of the arguments the prosecution made was that by providing financial support for the families of prisoners, HLF was not only supporting but actually encouraging terrorism. The government claimed that by providing relief to the families of prisoners, not only were HLF supporting terrorism they were, in fact, incentivizing it. They claimed that these stipends motivate Palestinians to become “terrorists.”

The funding for the prisoners and their families is crucial. In a reality where families must make do without a breadwinner and where the prisoner once released is often handicapped, traumatized, and unable to work. It is also a fact that in many Palestinian families, several members of the family were held in Israeli jails, sometimes at the same time.

One example that is well known is that of the Tamimi family from Nabi Saleh. The father, Bassem, the mother, Nariman, the son Waed the daughter Ahed, and even the younger son Mohammad, have all been arrested and sat in Israeli jails. The parents and the older brother have been held more than once.

Their story is just one of many. Not one of the Tamimi family had engaged in terrorism or violence, something which is true about the vast majority of the hundreds of thousands of Palestinians incarcerated by Israel over the years.

There is a great deal of anti-Palestinian propaganda spread by Zionist organizations on various platforms. Some of this propaganda has touched on this issue, spreading misinformation about the prisoners.

One report published by the Zionist think tank The Jerusalem Center for Public Affairs begins with, “The Palestinian Authority’s legislation and allocations of monthly salaries and benefits rewarding imprisoned and released terrorists, and the families of “Martyrs,” amount to $300 million annually. This financial reward clearly demonstrates the PA’s institutional commitment to sponsoring terror against Israel.”

Conflating Palestinian political activism and resistance with terrorism is an effective tool by which to demonize the Palestinians and their struggle for liberation. Even though it is completely false, it works, and the Zionists use it regularly. They create the false impression that providing for the families of men and women who languish in Israeli jails “incentivizes” Palestinians to fight Israel. One would think that without this money Palestinians would sit at home and refrain from demanding their rights. Indeed if Palestinian resistance was just senseless terrorism, senseless violence, one might think this was true.

But Palestinian Resistance – some of which is armed and most of which is unarmed – and political activism are the two reasons that Israel detains Palestinians and neither one is motivated by the stipend given to them or their families.

The same report makes the claim that “The PA maintains long standing legislation and payments to subsidize terrorists and their families.” This claim, that Palestinians are somehow motivated by the money they may receive and that this funding “subsidizes” their activities, is a draconian attempt to paint Palestinians as a people who are motivated by greed and hate rather than by aspirations of freedom.

Palestinian society must be commended for the care provided to political prisoners and their families, but the rest of the world is shamefully absent on this issue.

Miko Peled is an author and human rights activist born in Jerusalem. He is the author of “The General’s Son. Journey of an Israeli in Palestine,” and “Injustice, the Story of the Holy Land Foundation Five.”

The views expressed in this article are the author’s own and do not necessarily reflect MintPress News editorial policy.