Somalia Scores a First: Becomes First African Country to Send help to Italy to Assist with the Fight against Covid-19 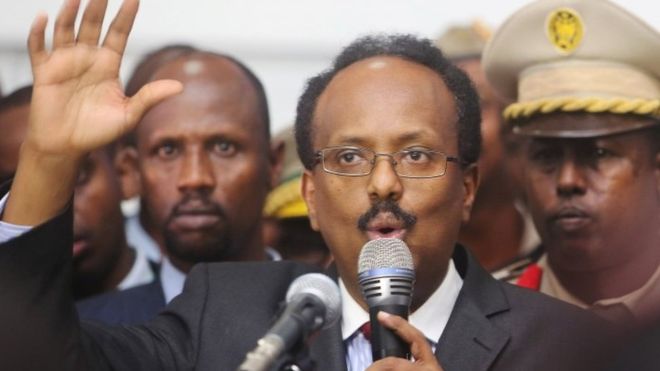 The spread of the Coronavirus which started in the Chinese city of Wuhan and has since spread across the world has indeed caught many countries in a state of unpreparedness. One of the countries that has been very much affected is Italy. It has now become the epicentre of the disease in Europe, taking over from Wuhan. Over 10000 people have died in Italy so far. Cuba and Germany have come to Italy’s help, assisting the country in various ways. Somalia has become the first African country to send assistance to Italy to assist with fighting Covid-19. Slowly we are beginning to see a resurgent Somalia rightly taking its place in the community of nations.

The Rector of the Somali National University (SNU) Prof. Mohamed Ahmed Jimale recently offered to send 20 medical doctors from the Faculty of Health Science to go to Italy and assist the country in fighting the pandemic. He conveyed the message to the Italian Embassy in Mogadishu, and it was immediately accepted. Prof. Jimale is a man of his word, a visionary, and a pragmatist who stands true to the vision he has for the Somali National University. No one in Somalia doubts him as to where he is taking the Jaamacadda Ummadda Soomaaliyeed.

This is in line with the role of Universities in the 21st century, that of working with communities in which they serve in practical terms. As someone who attended the 3rd Annual Conference on Higher Education in Post-Conflict Societies dubbed “Somalia’s Pathway to Sustainable Development Goals: Education, Health and Poverty Reduction by 2030”,  I can proudly say that Somalia is indeed on a remarkable recovery and is ready to contribute to the family of nations again. And I can rightly add here that, the Somali National University (SNU) is contributing to that recovery in a significant way.

As far as Covid-19 in Somalia is concerned, on 15 March, the government banned passengers who had been to China, Iran, Italy, or South Korea in the past 14 days from entering Somalia. At that time the government had quarantined four people. On 17 March, the government announced that schools and universities would be closed for 15 days effective from 19 March and that large gatherings were prohibited.

The Somali Aviation Ministry ordered a suspension of all international flights for 15 days starting from Wednesday, 18 March, with the possibility of exceptions for humanitarian flights. The suspension affected khat imports from Kenya, leading to economic difficulties for khat sellers in Somalia and growers in Kenya. Also, on 18 March, Prime Minister Hassan Ali Khaire announced $5 million had been allocated to address the pandemic.

As far as measures to curb Covid-19 are concerned right now, there is nothing to suggest that matters would get out of hand provided the people of Somalia follow and respect the measures that have been put in place by the Federal Government. The blessing they have as a country is that they have put in place a government of technocrats, young people who know what they are doing to preside over them. Thanks to President Farmajo and his team for bringing Somalia to where it is now.

Many people are not aware of the contribution that Somalia gave to other nations in Africa in particular, to Southern Africa. Before the civil war engulfed the country, Somalia trained freedom fighters from the Southern African region. They also gave logistical support to Frelimo, ANC, SWAPO, and liberation fighters in Angola and Zimbabwe. There are probably a few who still remember this from the ranks of our freedom fighters.

As far as economic turnaround is concerned, Somalia has scored another first. Recently, the IMF and the World Bank said Somalia had taken the necessary steps to begin receiving debt relief, a key move that will allow the Horn of Africa country to lower its $5.2 billion in external debt to around $557 million.

The decision will immediately normalize Somalia’s relations with the world after 30 years outside the international financial system, the International Monetary Fund and the World Bank’s International Development Association said.

Somalia’s Paris Club creditors – including the United States, Russia, Italy and France – are expected to decide on debt relief for Somalia by the end of March, they said in a joint statement. The announcement by the IMF and the World Bank will send a powerful signal to Somalia’s Paris Club and non-Paris Club creditors about the country’s future and the intense reform efforts it has undertaken over the past eight years.

Somalia, with a population of 15 million, is the 37th country to reach this “Decision Point” under the enhanced Heavily Indebted Poor Countries (HIPC) Initiative. The decision comes at a critical time for Somalia, which is grappling with the coronavirus outbreak, a recent desert locust swarm and is gearing up for elections later this year. “Debt relief will help Somalia make lasting changes for its people by allowing its debt to be irrevocably reduced from US$5.2 billion at end-2018 to US$557 million in net present value terms (NPV) once it reaches the HIPC Completion Point in about three years’ time,” the bank and the fund said.

Somalia must be congratulated for the strides it has taken in both the political and economic fields. The country deserves to be welcomed into the community of nations.