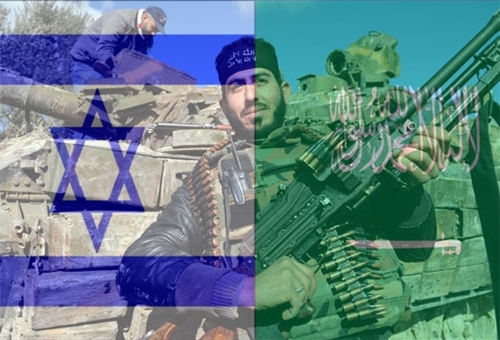 The Syrian government says the West and its regional allies – especially Qatar, Saudi Arabia, and Turkey – are supporting the militants.”

Saudi Arabia reportedly reaches a deal with Israeli army to buy Israeli weapons for militants fighting against the government of President Bashar al-Assad in Syria.

The reports added that the weapons include different kinds of anti-tank missiles, military vehicles, artillery equipment, and night vision devices.

Other sources have quoted Takfiri sources as saying that the Israeli weapons will be used to maintain control over Aleppo and its surrounding areas in northern Syria.

It quoted militant sources as saying that they had received the first batch of the heavy weaponry from Saudi Arabia in northern city of Aleppo.

On June 14, US President Barack Obama ordered his administration to provide the militants with weapons, claiming that the Syrian government had used “chemical weapons” against the militants and thus crossed Washington’s “red line.” Damascus has rejected the allegation as “lies.”

Israeli President Shimon Peres voiced support for Washington’s arming of the Takfiri militants in Syria. Takfiris accuse most Islamic sects of being infidels.

However, Russian President Vladimir Putin has warned other states against providing weapons to the militants in Syria, saying that the arms could end up in Europe one day.

The Syrian government says the West and its regional allies – especially Qatar, Saudi Arabia, and Turkey – are supporting the militants.

Syria has been gripped by deadly unrest since 2011. According to the United Nations, more than 100,000 people have been killed and millions of others displaced in the violence.