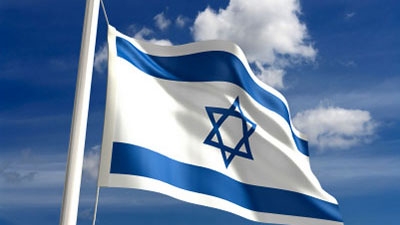 The Israeli prime minister’s office is organizing Israeli students in “covert” and “semi-military” style units to tweet and post pro-Israel messages on social media without revealing they are doing it as part of an organized government campaign, Israeli media reports today.

But as The Electronic Intifada has previously revealed, this effort is not entirely new.

The Prime Minister’s Office is planning to form, in collaboration with the National Union of Israeli Students, “covert units” within Israel’s seven universities that will engage in online public diplomacy (hasbara).

The students participating in the project, who would post on social media networks such as Facebook and Twitter on Israel’s behalf, will be part of the public diplomacy arm of the PMO [prime minister’s office], but would not identify themselves as official government representatives.

It is clear that the Israeli government views universities and students as tools in its international propaganda, as a government document, cited by Haaretz, reveals:

“In light of the success in the battle for awareness during the Pillar of Defense Operation [the Israeli military operation against the Gaza Strip in November of last year] and the experience gained in activating a large number of situation rooms on university campuses and work with students in general, it was decided to establish a permanent structure of activity on the Internet through the students at academic institutions in the country.”

Haaretz adds that it is apparent from the document “that a diplomacy group will be set up at each university and structured in a semi-military fashion.” The person in charge of the initiative is Daniel Seaman, former director of the Government Press Office.

Israel’s covert use of social media not new

But this effort is not new. Last year, The Electronic Intifada revealed that the National Union of Israeli Students was already a full-time partner in Israeli government propaganda and set up a project to pay Israeli university students up to $2,000 to spread propaganda online.

As The Electronic Intifada also reported, the National Union of Israeli Students sent its members for government propaganda training and described students as Israel’s “pretty face,” to be deployed as a propaganda auxiliary force.

The union set as one of its organizational goals, working “in cooperation with government ministries and additional organizations, to improve the explanation [hasbara] of Israel’s position around the world.”

At the time, the Electronic Frontier Foundation’s Jillian C. York compared Israel’s online propaganda efforts to those of China, Syria and Bahrain.

“I have seen considerable efforts, both by Israeli companies like Ahava and–apparently–government-supported groups, to utilize some of the same techniques as Syria and Bahrain, particularly on Twitter,” York also previously wrote.

Such Israeli government efforts, which attempt to disguise official propaganda as the work of ordinary concerned citizens and students, date back at least to December 2008, during Israel’s Operation Cast Lead assault on Gaza.

Every computer user is a “kind of soldier”

At that time Israeli social media strategist Niv Calderon wrote that he was hired by the foreign ministry for a first of its kind effort to create a digital “war room” to promote Israel’s propaganda message internationally.

Calderon was later involved in similar organized social media efforts to discredit the Gaza flotillas, and in one report on Israeli TV from June 2011, Calderon can be seen managing a social media “war room” working against that summer’s flotilla to Gaza.

“There is a media war here,” Calderon explains, “and every citizen, every computer user, is a kind of soldier.”

“Equipped with laptops and iPhones,” the report says, government social media propagandists go to war using “tweets as their weapons.”

The report even shows social media propagandists being trained to find random images of market places in Gaza to post online to obscure the fact that Israel’s siege has caused severe hardship to the civilian population there.

Calderon has also previously worked on the social media campaigns of the anti-Palestinian group StandWithUs.

The new “covert” social media push comes as surveys confirm Israel’s status as one of the most negatively viewed countries in the world.

Israeli Prime Minister Benjamin Netanyahu shrugged off these findings, declaring, “it’s not about the facts, it’s about the defamation of Israel and our portrayal as peace rejecters, war mongers instead of an enlightened nation that is fighting against aims to destroy us.”

Netanyahu, like the Israelis behind these various covert schemes, seems to think Israel can still market, sell, cheat and tweet its way out of being seen, rightly, as an apartheid-practicing, colonizing occupier, violently depriving millions of Palestinians of their most fundamental rights.

One obstacle the Israeli campaigns must overcome is the fact that Israel’s biggest social media hits have been entirely negative – a result of the tendency of many Israelis, especially soldiers, to post violent, hateful and outright racist material on their social media accounts, especially on Facebook and Instagram.

The recruitment of universities and their complicity in government propaganda efforts aimed at justifying Israeli violations of Palestinian rights will likely strengthen arguments in favor of the Palestinian call for the boycott of Israeli academic institutions.

This call received a boost this week – unrelated to these social media campaigns – from dozens of international faculty calling on their peers to boycott an upcoming conference on oral history at the Hebrew University.