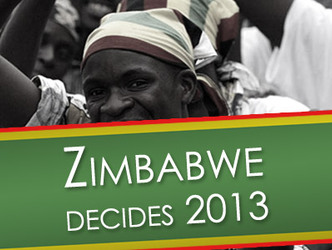 IN a dramatic move which consolidates reports Wednesday’s general elections results were largely rigged, shadowy Israeli security company Nikuv International Projects Ltd (NIP)’s founder and CEO, Emmanuel Antebi, was reportedly in the country on Tuesday to meet President Robert Mugabe and other senior Zanu PF officials a day before the elections to finalise the deal to engineer the results, it has emerged.

NIP, which was in 1996 taken to court in Zambia over vote rigging allegations as reported by the Zimbabwe Independent recently, deals with voter registration, creating and printing of the voters’ roll, demarcation of constituencies, voter registration cards, nomination of candidates and election results.

Antebi and Peer apparently met Mugabe and his trusted security officials at State House for about one and a half hours. Top sources had earlier told the Independent Antebi and Peer would fly into Johannesburg, South Africa, from Tel Aviv before connecting to Harare.

Details show Antebi was expected to arrive in Harare at 12.20pm on a South African Airways flight which leaves OR Tambo in Johannesburg at 10.40am. A flight from Johannesburg to Harare is officially 1 hour 40 minutes although it takes much less than that — sometimes between 1 hour 25 minutes and 1 hour 30 minutes — depending on the equipment used.

However, Peer was not supposed to be on that flight unless he was using a different passport, something very common with Israeli intelligence agents or those linked to Mossad. Nikuv has strong Mossad links and does security jobs around the world, including debugging and counter surveillance services.

International Security Consultancy (ISC) — an affiliate of NIP — is a leading international security consulting firm that provides a full range of security services and integrated solutions, to corporate and governmental facilities and personnel, as well as private clients.

Israeli security agencies have a long history of defending the country, its installations and government personnel against security threats. ISC has its headquarters in Israel, and draws upon extensive field-proven experience gained from demanding security circumstances.

As specialists in security and elections issues, NIP’s services are in demand mainly by leaders and governments which want to fix election issues. Journalists who had gathered at State House for Mugabe’s press briefing on Tuesday on the eve of Wednesday’s voting day, saw two dark-haired Jewish men arriving at around 2pm. They were accompanied by a local security aide who carried a black bag. The incident raised eyebrows among journalists.

However, the Independent, which had lost track of Antebi and Peer in Johannesburg, made a connection between the pair at State House and the Nikuv bosses were due to meet Mugabe and senior Zanu PF officials on the same day.

The two non-Zimbabweans, thought to be Antebi and Peer, left the black bag with Mugabe and it is not known what that bag contained, although journalists joked that it had some diamonds, money, an engineered voters’ roll or even the election results themselves.

NIP, a shadowy Israeli intelligence company, has a checkered history in the region as it was dragged to court in Zambia on allegations of tampering with voter registration to rig polls, Zambian court records show.

In the run-up to the disputed 2008 elections in Zimbabwe, opposition parties accused the company of assisting Mugabe and the Zanu PF government to manipulate the electoral roll.

Nikuv representative in Harare Ron Asher, who works from his Avondale offices and lives in Borrowdale, recently denied the company had been hired to rig elections, saying that was election time politicking.

The company’s activities include training personnel on the electoral system which specialises on election results, voter registration, creation and printing of voters’ rolls, generation of supplementary voters’ roll after update of inspection data, and handling the various types of elections: presidential, parliamentary and local government.

NIP was formed in 1994 and acts as an integrator of information technology (IT) projects for governmental sectors. It initiated its activities on the African continent in 1994 in Nigeria, and has since expanded its activities to Zimbabwe, Zambia, Ghana, Botswana and Angola in IT and additional areas like agriculture and security.

The controversial company is also a leading international security consulting firm that provides a full range of security services and integrated solutions, such as electronic debugging services and counter surveillance.

Among many other activities, NIP is also involved in the supply of the plastic identification cards in Zimbabwe as well as the production of e-passports (an advanced machine-readable passport which is highly secured and tamper-proof).

The MDC-T leader charged Zanu PF, through the Registrar-General’s Office, was working with the secretive Israeli company to rig elections.

However, Mugabe’s spokesperson George Charamba denied allegations Antebi and Peer visited Mugabe at State House to rig elections.
“Your problem is you do not want to focus on President Mugabe’s landslide victory. Those two gentlemen have nothing to do with our elections. They are the leaders of Group Five, a company rehabilitating our roads,” Charamba said.

Attempts to check with Group Five if their officials met Mugabe on Tuesday were unsuccessful, although sources insisted that it was Antebi and Peer.

Mugabe told journalists Mnangagwa had come to State House to deliver “documents” to him. Mnangagwa and Goche were seen escorting the two spooky men after they left the mysterious black bag with Mugabe, raising suspicion about their mission in light of information received about Antebi and Peer’s visit to Harare.