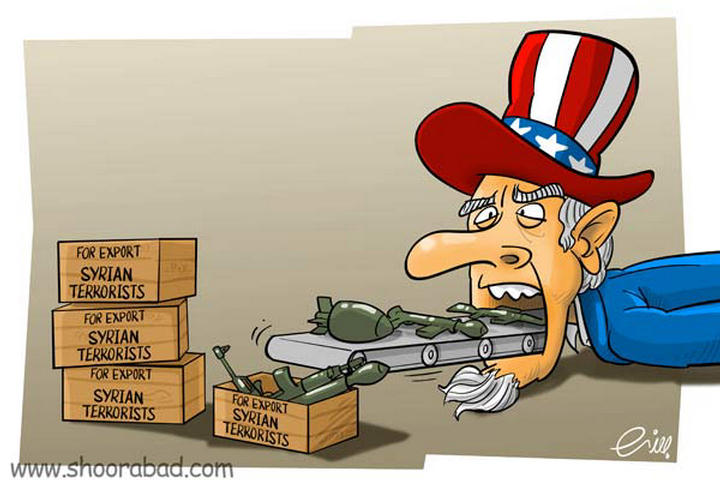 Even as the US and its allies intensify preparations for war with Syria, the lies they told to justify the looming assault are being discredited. On the same day as the British parliament’s rejection of military action against Syria, US officials admitted that there was no factual basis for their accusations that Syrian President Bashar al-Assad’s regime used chemical weapons last week in Ghouta.

While the British parliament’s vote and the US officials’ admissions stunned the American media and political establishment, Obama administration officials announced their intention to proceed with plans to attack Syria late yesterday (See, “British Parliament votes down Syria action as US presses ahead with strike plans”). The New York Times reported Thursday evening that “all indications suggest that a strike could occur soon after United Nations investigators charged with scrutinizing the August 21 attack leave the country” on Saturday.

Such an attack would be an unprecedented act of international gangsterism, under conditions where both the British parliament and US officials themselves are making clear that the war is being launched on the basis of lies.

In fact, it is well known that the US-backed Islamist opposition militias have acquired and repeatedly used chemical weapons.

Already on Wednesday, State Department spokesperson Maria Harf said she could not identify who inside Assad’s regime had launched the chemical attack: “I don’t know what the facts are here. I’m just, broadly speaking, saying that he is responsible for the actions of his regime. I’m not intimately familiar with the command and control structure of the Syrian military.”

In response to rising calls for an explanation of its rationale for war, the White House announced a conference call involving a handful of top officials and a few dozen US Congressmen. In lieu of hearings, these handpicked congressmen are being “briefed” about the preparations for war. Secretary of State John Kerry, Secretary of Defense Chuck Hagel, National Security Adviser Susan Rice, and Director of National Intelligence James Clapper will be among the US officials participating.

The Obama administration is pressing for war with Syria, even though it has no evidence that it can present to the public as to what took place, or whether Assad or the US-backed Islamist opposition was responsible. Nonetheless, Washington has rushed ahead, blaming Assad and deploying military forces to the Mediterranean to go to war with Syria.

With the arguments for an attack on Syria being exposed as lies, there is mounting concern in the political establishment that another war based on false pretexts, ten years after the Iraq war, will irreparably discredit the state in the eyes of the public. The US government will, more than ever, be seen for what it is: a predatory imperialist power working with the other ex-colonial powers to dominate the region through brutal wars.

Anthony Cordesman of the Center for Strategic and International Studies wrote in a Wednesday column that “The US intelligence community is about to release its most important single document in a decade: its report on Syria’s use of chemical weapons.” He warned that the US government’s claims about WMD in Iraq have done “much to discredit the US and its allies.”

Similarly, in an interview with DW News Monday, former National Security Adviser Zbigniew Brzezinski criticized the “policy of force” being employed against Syria, warning of a risk of global popular opposition.

“Given the contemporary reality of what I have called in my writings ‘Global Political Awakening,’ a policy of force based primarily on Western and in some cases former colonial powers does not seem to me a very promising avenue to an eventual solution to the regional problem,” said Brzezinski. “And I am concerned that its participants are too narrowly based, that is, it is America and former colonial powers. That seems to me to create a political problem immediately.”

In his recent article for the Washington Post, “Syria will require more than cruise missiles,” Eliot Cohen argues that notions of limited strikes against Syria are unrealistic. While supporting the US war drive against Syria, Cohen points out that the Obama administration has misrepresented the implications of an attack in its public relations effort: “Despite the hopes of some proponents of an air campaign, this would not be surgical. No serious application of air power ever is, despite administration officials’ claims about the drone campaign, which, as we now know, has killed plenty of civilians.”

US attempts to halt the inspections have further highlighted the mendacious character of the rationale put forward in the defense of war. UN inspectors are continuing work in Syria, and the Syrian regime has invited them to investigate three alleged chemical weapons attacks that it blames on the US-backed opposition. However, the US has asked them to leave the country, saying their efforts are “pointless.”

UN Secretary-General Ban Ki Moon has resisted the American calls for withdrawal of UN personnel, saying Thursday that weapons inspectors “will continue their investigation activities until tomorrow, Friday, and will come out of Syria by Saturday morning and will report to me as soon as they come out of Syria.”

“We will surely share the information and the analysis of samples and evidence with members of the Security Council and UN members in general,” Ban added.

There is deep opposition throughout the population to war in Syria. Recent polls show small minorities in support of action against Syria, with 9 percent supporting war in the US, 23 percent in Germany, and 11 percent in Britain.