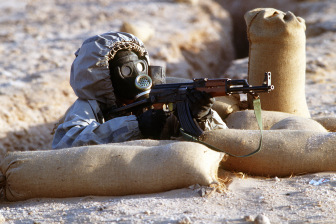 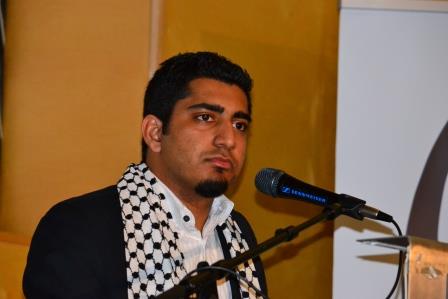 The world seems to be spiraling out of control. As murder, death and wanton destruction becomes the order of the day; these realities are demonstrated in Syria. The mass slaughter occurring within the borders of Syria appeals to the humanitarian in most, except for those that seek to rain cruise missile democracy upon the Syrian populous.

Yet the Syrian issue poses a far more complex challenge in terms of decryption than the situations in Egypt, Bahrain, Yemen, Pakistan or even Afghanistan for that matter. The Syrian revolution deviated from the precedent of peaceful protest as set by the Tunisian uprising that uprooted the dictatorship of Ben Ali. This event provided the impetus for similar action within Egypt at the time which resulted in the ousting of the military strongman, Mubarak. Regardless of whether one is in support of the view expressed by the analyst Sukant Chandan that these were in his words ‘coconut revolutions’ and nothing more than a smokescreen; it is undeniable that the defining characteristics of the Egyptian, Tunisian and Bahraini struggles were that they remained largely unarmed.

Although the genesis of the Syria protests may have been peaceful, the status quo today is far from that. The men, women and children appealing for democratic reforms have been replaced by armed men many of whom hail from foreign lands. The Syrian military appear to have fallen into the trap of any conventional military engaging an irregular force. As demonstrated in Afghanistan, Iraq, Chechnya or Vietnam; the only means of subduing an irregular force is via disproportionate force. Inevitably, the civilian casualties would be catastrophic. It is without a doubt that this is what is being witnessed within Syria. This mass slaughter can be described as nothing less than an atrocious sacrifice of humanity.  However, the rebel force which is not homogenous in nature has its own fair share of blood on its hands including the mass atrocities being committed against captured Syrian soldiers and civilians alike. The recent arms deal for the sum of $50 million brokered between Saudi Arabia and Israel to support the rebel movement within Syria casts tremendous doubt as to the allegiance of some factions. That coupled with the sheer barbarism of some rebel actors within Syria mimicking the actions of those rebels that conducted the horrendous assault, sodomy with a blade and subsequent murder of Muammar al-Gaddafi in Libya.

As global opinion becomes increasingly polarized into pro and anti Assad camps, the overall picture is lost in the process. In 2012, tensions rose dramatically as the US aircraft carrier, the USS Abraham Lincoln passed through the Straits of Hormuz with the intention of sending a message to the Islamic Republic of Iran that force will be used against them. The passing of Israeli warships through the Suez Canal compounded this situation bringing the world to the brink of what Fidel Castro termed, “THE WORST MISTAKE IN AMERICAN HISTORY”. The possibility of war with Iran grew, the mass mobilization of US mine sweepers and three aircraft carriers made war seem an inevitability.

In a sudden move, the trajectory of the war shifted and Iran was placed on the back burner.

Enter Libya, the Syrian case study. Just as the revolution in Libya began as a peaceful reflection of popular concern and demand, it rapidly descended into an armed bloodbath. The ‘civil war’ laid the foundations for US, French, British and Qatari ‘humanitarian intervention’ that pummeled the country into a moonscape. Recent motions tabled by the US, French, British and now Saudi Arabia sought to reproduce the Libyan reality in Syria. The end result in Libya was not humanitarian by any measure of the word. It has fallen into chaos with rival factions, tribes and gangs ripping apart the very fabric of society and perpetuating lawlessness. Amidst the confusion, large shipments of oil are leaving the ports unchecked for the benefit of foreign markets whilst the daily life is marred by murder and factional rivalry.

The internal strife within Syria spreads to Lebanon which polarizes the population into pro and anti-Hezbollah. Recent comments from Israeli military analysts reflect Israeli considerations of invading Lebanon as the Hezbollah force may be taxed due to the responsibilities of manning the Syrian border to prevent cross border mayhem as well as their limited intervention during the operations in Qusayr. This consideration is in keeping with recent Israeli military operations towards the south of Lebanon in an attempt to de-mine the area making it passable for armored and military vehicles, laying the foundation for possible assault.

In a sudden move, the second largest recipient of US foreign military aid, the Egyptian military ousted the democratically elected Muslim Brotherhood and releases their death squads to eliminate and quell peaceful protests rejecting the military coup. The implications of this ousting for the Palestinians a short distance away in Gaza can be described as nothing other than dire.  The democratically elected government of Hamas has its roots in the Muslim Brotherhood. The success of the revolution in ousting Mubarak was met with jubilation in the neighborhoods of the impoverished Gaza strip. This victory signaled a glimmer of hope that the brutal siege imposed on the coastal sliver would be lifted and a fragment of Palestinian dignity would return. The tussle between the Muslim Brotherhood and the Egyptian military was evidenced by the instructions to flood the lifelines of the Gaza; the tunnels, with sewage in February 2013 as reported in the New York Times. However, the recent actions are most revealing. The recent operation against Sheikh Zuweid and Rafah have been described in the words of the publication the Egyptian Daily News as the ‘largest and most violent military operation yet seen in the Sinai Peninsula’. It seems ironic that this operation takes place in the towns closest to the Gaza border. This operation is indicative of attempts to severe all lifelines to Hamas in Gaza in an attempt to weaken resistance by the movement as well as isolate Hamas and Muslim brotherhood in Egypt from each other.

Furthermore, the resistance put up against Israeli aggression during operation Pillar of Cloud conducted by Israel against the impoverish strip took most Israeli military analysts by surprise. The failure of Iron Dome to effectively neutralize all rockets as well as the precision of advanced rockets deployed by the resistance  that were primarily targeting reservist mobilization points as noted by Or Heller became a serious source of concern for Israel. The thanks given to the Islamic Republic of Iran by Ismail Haniya for their assistance in arming and training the resistance which enabled them to thwart a bloodbath in 2012 provided a further incentive for Israel to weaken Hamas and liquidate Iran.

Panning back to the Syrian conflict, the attempts to draw the country into an all out war with Israel have been numerous. The strike by Israel on Syrian depot in Latakia and four other incidents as acknowledged by Israel Nation News. The most recent ballistic missile launch which was picked up by Russian early warning systems during a tense period such as this is a clear provocation as well as an attempt to spark all out war. However, the question becomes why? What has changed since Yom Kippur? The revelations by Hezbollah’s General Secretary Sayed Hassan Nasrallah that Syria provided much of the weapons which enabled the Hezbollah to effect a crushing defeat on the Zionist war machine effectively memorializing the movement as the only actor to have defeated Israel in the military domain. Furthermore, the crucial piece of the puzzle is the joint defense treaty entered into between the Islamic Republic of Iran and Syrian during December 2011 as reported in Haaretz. Drawing Syria into a war would necessitate the intervention of Iran in terms of defense cooperation pact.

Based on the above, it would appear that a backdoor has been discovered to action the war on Iran as punted for in 2012. It becomes increasingly clearer that the conflict in Syria is not so much about Syria, but rather it being a stepping stone to Iran as well as destroying the supply chain of Hezbollah in Lebanon and Hamas in Gaza.

The glaringly obvious point begins to rise out of the muddled situation via the posing of a single question. Which country has not been touched by internal strife? The answer – Israel. It seems ironic that amidst the storm that is brewing in the region; in Syria, Lebanon, Egypt, Tunisia and threats to Iran, Israel remains unaffected. Furthermore, the more significant observation is that the choking of Hamas, ousting of the Muslim Brotherhood in Egypt, the taxing of Hezbollah in Lebanon, the mass disruption of Syrian weapons production destined for the resistance and the increasing attempts to draw Iran into a regional war is only in the interests of the Zionist entity.

As the geopolitics continue to play out on a grand scale, the possible handing over of Syria’s chemical stores appears to be dejavu of Muammar al-Gaddafi’s disarming in 2003. Whether or not the war on Syria takes place, the undeniable facts are that this strife serves only the interests of Israel. The resistance to Zionist oppression and occupation is weaker today than before the Syrian conflict and that Syria is the Trojan horse for Iran. The end result is far from favorable should we continue to traverse along this path. The only answer is unity and dialogue as the only country that will emerge as a super State is Israel; exacting revenge on an occupied Palestinian people with no prospects of legitimate resistance. The world faces a cataclysmic decision before it and the effects thereof to echo for centuries thereafter.