The Hypocrisy of the West 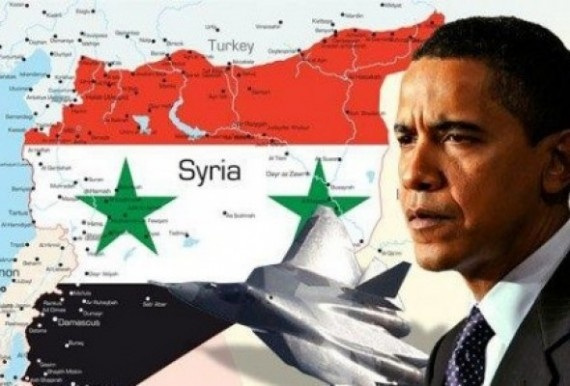 David Cameron, Francois Hollande and Barrack Obama’s moral outrage because of the Syrian government’s alleged use of chemical weapons is self-serving and hypocritical.  These three leaders should reflect on their own countries’ use of weapons of mass destruction (WMD) as well as the abetting of such use over the past century.

The first country to use chemical weapons in the Middle East was Britain.  As colonial secretary, Winston Churchill ordered the gassing of Iraqi Kurds in 1920.  Churchill, as an enthusiast of using gas as a means of colonial control, said, “I do not understand this squeamishness about the use of gas.  I am strongly in favour of using poison gas against uncivilised tribes.”    Two years ago the English in a poll, did not show any squeamishness at all in naming Churchill the greatest British gentleman of the last century.

Britain did not only excel in the use of poison gas, but its many atmospheric nuclear tests over the Pacific and Maralinga in South Australia, exposed tens of thousands of people to nuclear fall-out.

The French government too has had no compunction about the use of chemical weapons.  In the 1920s it released poison gas against the Rif rebels in Morocco.

The French conducted 193 nuclear tests in French Polynesia in the South Pacific and the plutonium fall-out has resulted in high levels of thyroid cancers and leukaemia in the region.

The United States government has not only used chemical agents, and biological and nuclear weapons abroad, but at home too it exposed its own citizens to biological agents and nuclear radiation.  For example, in 1950 the US navy sprayed San Francisco with a cocktail of Serratia and Bacillus microbes which caused many residents to develop pneumonia-like symptoms.

Before any of the three states launch an attack on Syria, it would be instructive if these three states would show transparency and inform the world whether they have ever apologised to the surviving victims of their WMD attacks/tests and also whether any compensation has ever been made to them.

With regard to the abetting of the use of WMD, dozens of US, British and French companies were allowed to supply Saddam Hussein with tons of chemicals which helped him to produce the deadly poison gas that was used in Halabja in 1988.  Now a group of Kurdish victims from Halabja are about to file a lawsuit against two French companies for their complicity in supplying Saddam with the deadly chemicals.

If and when the US (with or without France) attacks Syria, the proposed limited strike will most certainly involve missiles which will result in the contamination of Syria’s land and water with depleted uranium (DU).  Depleted uranium is a by-product of the uranium enrichment process and it is used in the manufacture of military projectiles because of its high density.  Noses of missiles are coated with DU.

Since the Gulf War of 1990 and since the US  invasion and occupation of Iraq, hundreds of tons of depleted uranium has contaminated Iraq.  The US’s widespread use of DU has dramatically increased the rate of cancers and birth defects in Iraq.  Thus the US and its fellow-invaders found no WMDs in Iraq, but they left behind a WMD in the form of deadly DU.

Fallujah in Iraq has been particularly badly affected by the use of DU. Robert Koehler who has written extensively about the legacy of DU in Iraq, notes that “Young women in Fallujah … are terrified of having children because of the increasing number of babies born grotesquely deformed, with no heads, two heads, a single eye in their foreheads, scaly bodies or missing limbs. In addition, young children in Fallujah are now experiencing hideous cancers and leukaemia.”

Thus in order to punish Assad for his alleged use of chemical weapons, the gung-ho power(s) will inflict on Syria a deadly atrocity that will afflict Syrians for generations to come.   And the DU will not remain confined to Syria alone, but it will be carried by wind to its neighbouring countries.   The long term consequences of the use of DU-coated missiles will pale in comparison to the effects of the recent use of chemical agents in Syria.

Given their own countries’ disgraceful history of death and destruction, neither Cameron, Hollande nor Obama has the moral authority to act unilaterally or in concert against Syria.