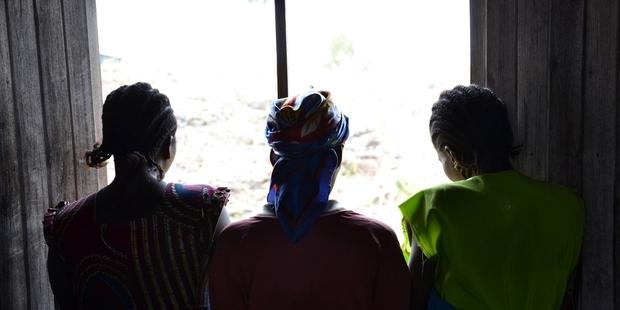 The 16 Days of Activism campaign against gender-based violence will put pressure on governments to take action to prevent and investigate sexual and gender-based violence, including crimes allegedly committed by security personnel, and protect women human rights defenders. It focuses on Egypt, Syria, Bangladesh, Sudan and the Democratic Republic of the Congo,

“Militarism applies to situations where military values have a dominant influence over society – both in the context of armed conflict and in peacetime. It often has grave consequences for the equality, safety and security of women and girls,” said Madhu Malhotra, Director of Amnesty International’s Gender, Sexuality and Identity Programme.

“Through our 16 Days of Activism campaign, we are sending a clear message that women and girls have the right to live free from violence, whether during war, protests or detention.”

Egypt: A letter to the Interim Prime Minister calling on him to combat sexual violence and discrimination against women and girls, who have been on the front line of demonstrations since 2011’s “25 January Revolution”. Since the uprising, women have been singled out and subjected to gender-specific abuses.

Democratic Republic of the Congo (DRC): A letter to the government calling for action to stop the intimidation and detention of women human rights defenders, who provide remarkable and resilient assistance to survivors of human rights abuses in the conflict-ravaged DRC. There is also a solidarity action with the women activists, who are often targeted due to their gender.

Bangladesh: A letter to the Home Minister urging a new investigation into the 1996 abduction of indigenous women’s rights activist Kalpana Chakma, who has never been found. Although her two brothers identified the kidnappers, their names were omitted from all subsequent police investigations.

Syria/Jordan: A letter to the Jordanian Minister of Interior urging him to ensure that Syrian women and girls living in the Za’atri refugee camp have safe access to toilet facilities, which they feel unsafe using for fear of sexual violence or harassment.

Sudan: A letter to the Minister of Justice calling for the abolishment of a law that means Sudanese women can be sentenced to 40 lashes in public for wearing what is arbitrarily deemed “indecent” clothing, such as trousers, or leaving their hair uncovered.

Activists will also begin writing letters in support of persecuted women human rights defenders in Honduras, and calling for an investigation into the sexual abuse and torture of a woman by soldiers in Mexico, as part of Amnesty International’s Write for Rights campaign, which kicks off on 6 December 2013.

“Wars, internal conflicts and violent repression of political and social justice movements can have a particular and often disproportionate impact on women and the types of abuses they experience, despite the continued efforts of women’s rights defenders to prevent such abuse,” said Madhu Malhotra.

“It is a sad reality that sexual and gender-based violence in the context of militarism happens in all regions of the world. Its perpetrators must be held to account to pave way for a change in attitudes.”