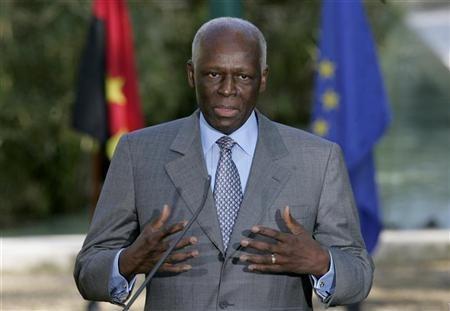 Has Islam been banned in Angola? Are Muslims under siege in this resource rich West African state? Have mosques been destroyed and face further Israeli style desecration? What is going on here?

Media and in particular social networks are abuzz with unverified claims alleging all the above is true and worse.

The President of Angola Jose Eduardo dos Santos is quoted in some obscure publication Osun Defender as gleefully boasting that “this is the final end of Islamic influence in our country.”

In addition the Provincial Governor of Luanda, Bento Bento is claimed to have said that “radical Muslims are not welcome in Angola” and that the government is not ready for legislation of mosques.

The Angolan government has been extremely sloppy in addressing the legitimate concerns of Muslims inside and outside of the country, as it is true that reports on this shocking development have been inflaming emotions and anger.

In our effort to establish the facts surrounding this sensational story a number of issues have come to light that point to a worrying trend regarding freedom of religion there.

During 2007 it was found necessary for the United Nation to deploy it’s Special Rapporteur on Freedom of Religion and Belief, Asma Jehangir to investigate anti Muslim policies in Angola.

Her report was not complimentary at all. On the contrary she criticised lack of opportunities for detained Muslims to worship and noted occasional anti – Muslim rhetoric by government officials.

Angola has a population of 18 million, the majority belonging to Christianity. Muslims number about 90,000 making them less than 2% of adherents.

A disturbing fact that impacts on the legal status of Islam is derived from a policy framework which requires religious groups to petition government for recognition. The minimum qualification is to have at least 100,000 adult adherents for registration.

Notwithstanding the provision for freedom of religion in the constitution, it remains a challenge for Muslims to constantly secure their legal status without which the free practice of faith – based activities remains problematic.

A further area of concern stems from organised Islamophobic groups who are known to fuel fear and alarm about Angola being used by so – called “Jihadists”.

One such group headed by Robert Spencer, one of the most notorious Islamophobes is “Jihad Watch”. He jumped into the fray by welcoming the “banning” as a “measure to stop (Jihadist) activity”.

The argument he uses to applaud Angola is typically stereotyped: “This is a national security issue with Islamic supremacists and Jihadists wreaking havoc. ..”

Its to be expected that opportunists will exploit the ambiguity arising from the reports.

Will it not be prudent therefore for President dos Santos to swiftly reassure his countrymen and Muslims worldwide that Angola does not and will not discriminate against Islam?