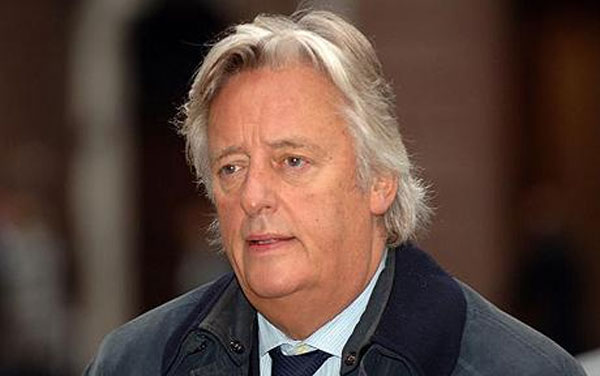 “The Middle East is a crucible for what is going on” in the world.

Afghanistan, Guantanamo Bay, Iraq and Palestine. These are among some of the territories that hegemonic world powers have been trying to construct as spaces of exception, where international law does not apply and crimes against humanity take place with impunity.

Since last summer, Egypt has now joined this list. However, as is the case in all of these territories, the effort to deny people their basic rights is being met with strong resistance in Egypt.

On Saturday, a group of international lawyers convened a press conference to present the initial findings of their investigation into the Egyptian military regime’s crimes against humanity since the coup d’état on 3 July that ousted Egypt’s first democratically elected president and parliament.

At the conference Ali and Mansfied joined Dr Abdul Mawgoud Dardery, a member of Egypt’s suspended parliament, and Professor Richard Falk, the UN Special Rapporteur on the situation of human rights in Palestine, to discuss the preliminary findings of their report and to call upon the international community to name these crimes and actively oppose them.

Indeed, the speakers repeatedly stressed that we all share this historical burden and that our collective future, including the rights that we all cherish, depends on the outcome in Egypt.

Ever since the tragedy of 11 September 2001, Western eyes, and especially those of Americans, have been focused on the Middle East to try to understand why the attacks happened. However, as American scholar Derek Gregory points out in his book The Colonial Present, by searching for the answer “over there” rather than “over here”, the US and its European allies have created spaces of exception, where following the logic of the colonialist and Orientalist projects, the lives “over there” are imagined to be governed by a different set of ethical and legal principles than “over here”. This post-colonial gesture note only reproduces difference, but also undoes the rights-based achievements of the post-colonial era. Gregory suggests that “it is this asymmetry—accepting the privilege of contemplating ‘the other’ without acknowledging the gaze in return… that marks this as a colonial gesture of extraordinary contemporary resonance.”

More recently, Western eyes have watched the unfolding of the Arab uprisings, inspired by ordinary people mobilising in the streets to bravely demand an end to decades of dictatorship in order to make way for the rule of law and democracy. But while the revolutionary uprisings captured the Western imagination, even this was not enough to disrupt that colonial gaze and collapse the constructed difference that Gregory speaks of, as the West has been largely silent ever since Egypt’s democracy was crushed and the Egyptian people were terrorised by a military coup.

Those fighting to restore their democracy in Egypt are now demanding that the time has come for the international community to finally acknowledge their gaze. Oppressed by a military regime that is armed and supported by Western countries, Egyptians are now calling upon the international community to actively support their democratic struggle and to help them hold the military coup regime accountable for its crimes against humanity.

Before the press conference convened, Mansfield, who has worked on numerous international civil rights struggles for more than four decades, and who recently sat as a juror for the Russell Tribunal for Palestine, spoke at length with MEMO about this effort.

Outraged by our collective silence, Mansfield pointedly asked why “nobody’s making the point that President Mohamed Morsi is actually making himself,” which is that “he’s been deposed by a military coup.” He also stressed that the case against the perpetrators of the Egyptian coup is important because “the Middle East is a crucible for what is going on” in the world.

Mansfield explained to MEMO that using international jurisdiction to seek justice in Egypt is not without precedent. He cited other cases that “demonstrate the need to enforce international law” elaborating that, “One that I quite like using is one that the Israelis did. The Israelis, you may remember, in 1961 retrieved Adolf Eichmann, a war criminal, from South America and took him back to Jerusalem for trial on the basis that nobody else was going to do it.”

Since Eichmann had committed war crimes for which he would not have faced justice otherwise, Israel was indeed entitled to try him. Of course, many, including the Jewish scholar Hannah Arendt, critiqued Israel for trying Eichmann in the name of Jewish suffering rather than in the name of all. As critical theorist Judith Butler has observed “the destruction and displacement of whole populations was an attack not only on those specific groups, but on humanity itself.”

During Saturday’s press conference, Professor Falk also remarked that as citizens of conscience in the modern era, “it’s not just a matter of deferring to governments and states as the implementers of the rule of law. If we really believe in the premises of democratic society, we all have that right and obligation” to speak out against those who commit crimes against humanity, “because this is not a territorial crime; it’s a crime against people. And in a certain, very fundamental sense, we are all humans before we are nationals of any state, or we belong to any religion or ethnicity. Our humanity calls for a response to outrages of this dimension, this scale.”

Of course, Mansfield agrees on the ethical imperative here, but he also adds a practical layer by insisting that, “we all have an interest, a vested interest, in ensuring self-determination for the peoples in the Middle East, including Palestine and Egypt.”

Anybody who doubts this self-interest needs look no further than his or her own shores. In the UK, Mansfield pointed to the police’s efforts to spy on students at Cambridge University, as recently uncovered by the Guardian. In the US, there is the continued expansion of the Patriot Act, as well as the mass surveillance of Muslim Americans, which journalist Trevor Aaronson claims has resulted in the FBI’s manufacture of terrorists simply to justify the infringement of civil liberties.

I asked Mansfield how his own past experiences shape the way that he sees the struggle for justice and democracy in Egypt, and he replied that, “I’ve recognised that fighting in court, the struggle inside the court to get justice, is only part of a bigger picture. You’re not going to get justice inside the courts unless you’ve created a climate outside the court, even a culture possibly, in which people recognise the rule of law, recognise the need for conventions on human rights, don’t disregard them, and further recognise that it makes a difference in individual, particular lives on the street. And once they realise that these rights are not ethereal, that they are not abstract, and that they are actually important for rights of assembly, speech and association and all that,” people will stop taking their activities for granted and recognise that their freedoms “have only survived because somebody has been bothered to clothe them, if you like, in the rights culture.”

He further explained: “The over-arching problem here is that, unless there is respect for the rule of law by nation-states who are otherwise acting like terrorists, and I include Israel in this, but obviously Egypt is the same; if, in fact, they are just going to stick their fingers up to all of this, and say we don’t care, carry on, it provides an example to others. Whatever their rationale is, they will be saying to themselves, so what? You know, if states do the same, then why can’t we do that? And so it sets a terrible example and it means that all the hard work that has been put in by lawyers and politicians over centuries to construct a civilised basis for conduct, it’s just undermined in one fell swoop. You just take over, because might is right.”

Mansfield and the others are all making an important point that in today’s world, our rights are always contingent upon others’ rights. While the current framework to ensure our rights may be imperfect, it remains a framework that we have struggled to create, and continually struggle to reform, for strong ethical reasons. And however imperfect, this framework must uphold the rule of law without discrimination or else the whole effort becomes meaningless.

According to Mansfield, “The problem that everybody’s got, is that the key decisions are taken by the UN Security Council, which is dominated by five permanent members, all of whom have the power of veto. And the US, in particular, vetoes regularly, certainly everything to do with Israel, but in all sorts of other spheres, if it thinks it is inimical to their national interest, whatever they are. And I definitely think that the veto has got to go and that the Security Council must be changed.” However Mansfield also stressed that, “On the other hand, bringing pressure to bear shouldn’t stop. So, for example, like when individual governments, such as the UK, approach the Security Council.”

And this is not the only way to act. Mansfield elaborated that, “I think every effort to isolate the Egyptian illegal government and bring pressure to bear to terminate the proceedings against President Morsi at the moment would be useful. So you start with politicians in the Senate and politicians in the UK parliament, and so on. But there has to be, you know, a form of solidarity between all these people who are willing to do it. There has to be.”

There are other cases that inform the international legal effort to seek justice in Egypt, for example the trial in Spain against former Chilean dictator Augusto Pinochet, as well as a UK court’s recent effort to arrest Israeli politician Tzipi Livni in relation to her role in the war crimes committed during the 2008-2009 invasion of Gaza. But while each case is different both legally and politically, Mansfield pointed out that all of these cases are sending out the same message “to people who are potential war criminals, or who are committing crimes against humanity, that you can run, but there is nowhere for you to hide. There is no safe haven, or there shouldn’t be a safe haven, for you.”

As Dr Dardery also warned the coup leaders in Egypt, “We as Egyptian people, we are determined to say clearly and widely, never again. Never again we will allow those who killed us to get away with it.”

While it is imperative that the Egyptian people always remain in control of their own destinies, what the international legal effort to seek justice in Egypt makes very clear is this: whether or not any safe haven exists for those who perpetrate crimes against humanity, including the war criminals in Egypt, depends not only on the will of the Egyptian people, our international bodies and our respective nations, but also on each and every one of us.