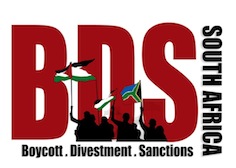 Share this on WhatsApp
– Clarification regarding comments made by Palestinian President Mahmoud Abbas whilst in South Africa on boycott of Israeli settlements and products
Recent comments made in South Africa by Palestinian President Mahmoud Abbas (and Chairman of the Palestine Liberation Organisation), regarding the boycott of Israeli settlements and products, seem to have been taken out of context and misconstrued by some members of the media and members of the Israeli lobby. Some journalists and Israeli lobbyists have reported that President Abbas, at a South African press conference, said that he is opposed to the international boycott. This is untrue. The Embassy of the State of Palestine to South Africa and BDS South Africa would like to confirm the following positions:
1. We, together with international bodies including the United Nations, consider the Israeli settlements in the Palestinian territories occupied in 1967 illegal and all activities with those settlements in violation of international law;

2. Israel’s settler colonies violate several UN resolutions and are continue to be the main obstacle to the peace processes;

4. In 2010 the Palestinian Authority issued a law, signed by President Mahmoud Abbas, banning Israel’s illegal settlement products, companies, relations and other activities with such illegal entities built in the occupied Palestinian territories occupied in 1967;

5. The Palestine Liberation Organisation and the State of Palestine is not opposed to the Palestinian civil society-led Boycott, Divestment and Sanctions (BDS) movement against Israel. Palestinian officials and leaders respect and uphold the right of Palestinian civil society to initiate and lead local and global BDS campaigns against Israel as a means to achieve the inalienable rights of the Palestinian people, paramount among which the right to self determination. Furthermore, the Palestinian leadership has always deeply appreciated the efforts of international solidarity groups and activists in South Africa and elsewhere, including those involved in the global BDS movement, to uphold international law and universal principles of human rights in supporting the Palestinian struggle for freedom, justice and self determination. We are keenly cognisant that international solidarity , particularly boycotts, divestment and sanctions (BDS) was one of the four pillars of the struggle against apartheid here in South Africa.

6. Last year in December 2012, a representative member of the PLO in his speech at the African National Congress (ANC) said: “The [international arm of the] South African struggle began with the boycott campaign of South African grapes and wine, likewise, the illegal Israeli settlements can be defeated by the Boycott, Divestment and Sanctions (BDS)”. On the 14th of December Fatah (the organisation leading the Palestine Liberation Organization and the Palestinian Authority) wrote an official letter to the South African President, Jacob Zuma, and members of the ANC communicating that “Fatah stands fully behind the BDS movement.”

7. Whilst the BDS movement is concentrated within civil-society, at a government level, the State of Palestine is calling on all countries to fulfill their obligations under international law by immediately, as a first step, ending all trade and relations with companies from or involved in the illegal Israeli settlements.

——————————
Muhammed Desai
Coordinator of Boycott, Divestment and Sanctions against Israel in South Africa