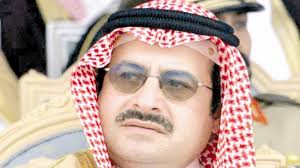 Earlier this week, Prince Mohammed bin Nawaf bin Abdul Aziz, Saudi Arabia’s Ambassador to London, published an OpEd in the New York Times which contained an unprecedented attack on Western countries and their policies toward Syria and Iran.

The Prince said that the West’s failure to move on Syria and its rapprochement with Iran represented a real threat to his country’s safety and regional stability.

He added that Saudi Arabia ‘ruled nothing out’, including militarily, and was prepared to act alone. He pointed out that by refusing its chance for a temporary seat on the Security Council; Saudi Arabia had already made this absolutely clear.
This surprising, yet clearly well-considered outburst is of great significance and may well herald important changes in the region.

Since presenting his credentials in London, where he replaced Prince Turki Al-Faisal, the former Saudi intelligence Chief, almost nine years ago, Prince Mohammad has not once written an article in the newspapers, and very rarely spoke to British or foreign press representatives. This marks a sea change in Saudi diplomacy, from its past, passive, stance, to being on the offensive.

Saudi Arabia has been actively meddling in the Syrian file too with organisational, financial and military support for the Islamic Salvation Front. Having refused its Security Council seat to demonstrate its displeasure with Washington, Riyadh is turning to Russia instead for both arms deals and security coordination.

Prince Mohammad’s comment that Riyadh is prepared to move alone to guarantee security in the region is again a massive break with the past. Since its foundation in 1932, the Kingdom has always depended on the West for its security and the security of the region. Declaring that Saudi Arabia is now ready and able to carry this huge burden alone raises many questions.
The Saudi leadership’s feelings of betrayal are entirely understandable. First, the Americans failed to keep their word on Syria where President Obama’s chemical weapons ‘red line’ was overstepped by the Assad regime when it used Sarin gas on its own people in the suburbs of Damascus. Instead of punishing the regime, in the Saudis’ eyes, Obama moved to make peace with it, bringing it back into the international community’s fold by allowing it to sign the Chemical Weapons Convention.

Then, the Americans began a totally unexpected rapprochement with Iran, the Saudis’ arch-enemy. The Saudis had been expecting the US to put an end to the nuclear threat represented by Iran by military means. Instead, Washington now appears to accept Tehran as a nuclear power.

Iran’s expanding power, and its proxy and actual involvements in Syria, Lebanon, Iraq and Yemen, destabilize the region and threaten Saudi Arabia’s own internal security since Tehran actively incites rebellion by the Kingdom’s Shi’a minority too.

The Saudi leadership is considering two options, judging by political and diplomatic moves in the last few days: Riyadh may enter into a marriage of convenience with Israel, which shares its enmity towards Iran. Although this would break many historical, cultural and religious taboos, Riyadh has form in this. After all, it was the Saudis who summoned half a million US troops onto its territory in 1990 to drive Iraqi troops from Kuwait. Just as the Muftis issued fatwas on that dangerous precedent, the royal family will not have to work hard to find willing clerics to justify even this most serious breach with the past.

A second option sees the configuration of the brand new Gulf Co-operation Council’s (GCC) unified military command along the lines of NATO.  This development has the full support of the West and was championed by Chuck Hagel, US Defence Secretary in a speech he gave at the Manama Dialogue two weeks ago. He promised that the US would willingly arm a joint command and commended the agreement when it was formally endorsed at the GCC Summit in Kuwait last week. Two days later, the Obama administration announced that restrictions on selling ballistic missile systems and hardware for defence, maritime security and counter-terrorism should be lifted for the GCC.

Defence spokeswoman, Bernadette Meehan, said the move, ‘Reflects our strong commitment to the GCC, and our desire to work with our Gulf partners to promote long-term regional security and stability’. She also compared the GCC with Nato in terms of its hoped-for military capabilities.

We believe that the Saudi leadership would prefer the second option, but that it will not drop the first. Indeed the two could be combined since the total number of troops in the combined GCC armies number just 250,000, whereas Iran has 545 000 troops, the eighth biggest army in the world. Israel has around 200,000 troops and the addition of a third party could provide numerical parity with equal armaments.
America has taken a strategic decision not to engage in any war in the Middle East, and now prefers to back-seat drive regional conflict.

The question is whether other Gulf States will accept the Saudi vision of a Nato-style Gulf?

It will be uphill work for the Saudis since they are already at loggerheads with Oman – over political and economic union – and Qatar – over Egypt and Syria.