Nakba Day: How Mindful Is South Africa of Palestinian Quest For Freedom? 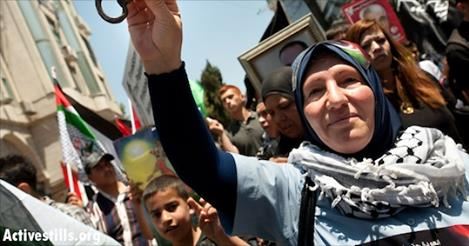 South Africa’s civil society formations alongside trade unions and the ruling ANC government form part of a growing global solidarity movement for the rights of Palestine.

An annual calender event during the month of May is the commemoration of the Nakba.

Nakba Day marks the expulsion and permanent dispossession of the Palestinian people during 1948.

66 years since that tragedy befell Palestine, the colonial – settler state of Israel has become more belligerent and audacious, displaying an arrogance in the sound knowledge that it enjoys America’s unconditional backing.

Its rapacious conduct flows from a political ideology of racism known as Zionism. Comforted in the knowledge that by conflating its expansionist and exclusivist creed with Judaism, it can and has silenced many critics who fear being tarnished as antisemitic.

This tool is a canard deployed effectively since the Nakba to extract sympathy and support from major European powers, who being plagued by the guilt of the Holocaust, turn a blind eye to Israel’s theft of Palestine, on-going atrocities and war crimes.

Western complicity in the dispossession of Palestine and the subsequent expulsion of its indigenous inhabitants who to this day remain refugees awaiting their right to return, is a factor contributing to Israeli intransigence.

Nakba Day reminds the world of one the most disastrous decisions undertaken by Britain during 1917, when as the colonial power holding sway over Palestine, its treacherous conduct resulted in the illegal creation of Israel.

Edward Said lamented this by unequivocally condemning Britain’s Lord Balfour for not being willing “even to go through the form of consulting the wishes of the present inhabitants of Palestine. ”

On Naqba Day the most fundamental question that arises is do Palestinians have zero rights?

Its a question particularly relevant to South Africans who courageously fought for rights previously denied to them by Afrikaner nationalists during apartheid and by British colonialism before that.

What is so difficult to accept in the idea that Palestinians should, like all other people, be free of the travail of occupation, banishment, deportations, curfews, exile, bombardment, imprisonment and general misery?

These are ideals for which Palestinians are paying a huge price,    no different to the exile, banishment and severe oppression faced by South Africans during the freedom struggle.

On Nakba Day this year, South Africans are celebrating 20 years of freedom, but perhaps not sufficiently mindful of the fact that Palestine awaits freedom.