The Pope in the Holy Land 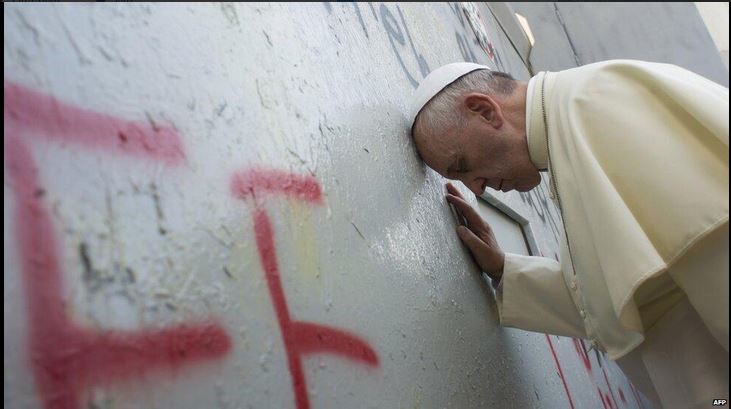 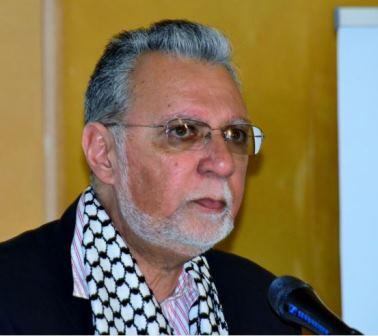 The visit by Pope Francis to the Holy Land and his invitation to the Palestinian and Israel protagonists to pray at the Vatican received scant media coverage. What was astonishing is that the Pope actually laid a wreath at the grave of Theodor Herzl, an avowed atheist and the founder of the Zionist movement. This act contradicted the claim that the Pope’s visit had “no political agenda”; he was honouring a man who was responsible for sowing the seeds of the demolition of more than 500 Palestinian towns and villages and the ethnic cleansing of the indigenous population.

The Pope also visited Yad Vashem, the Holocaust museum built within sight of the Palestinian village of Deir Yassin, the site of the infamous massacre when Jewish terrorists killed and raped more than 200 innocent Palestinian men, women and children. “Never again, Lord, never again,” prayed Pope Francis as he kissed the hands of Holocaust survivors, ignoring the desperate plight of 2 million Palestinians under siege in the open prison of Gaza less than 50 km away.

The leader of the world’s estimated 1.2 billion Roman Catholics also downplayed the difficulties faced by Christian Palestinians when they try to visit their holy sites and churches. Nor did he challenge Benjamin Netanyahu’s mendacious claim that Israeli protects the right to “freedom of religion” in a “democratic” state.

Accompanied by Israeli President Shimon Peres to many sites, the Pope then invited him and PA President Mahmoud Abbas to pray for peace at the Vatican. Peres is a war criminal with blood on his hands; he even offered apartheid South Africa a nuclear warhead in violation of international law. It is significant that these Israeli leaders did not dare to step on South African soil for Nelson Mandela’s funeral for fear of being arrested for war crimes and crimes against humanity.

Contrast the Pope’s visit to the Holy Land with the visit by Archbishop Desmond Tutu in 1989. “I have witnessed the systematic violence against and humiliation of Palestinian men, women and children by members of the Israeli security forces,” said the veteran anti-Apartheid campaigner. “Their humiliation and pain is all too familiar to us South Africans.”

Tutu continued: “In South Africa, we could not have achieved our democracy without the help of people around the world, who through the use of non-violent means, such as boycotts, sanctions and divestment, encouraged their governments and other corporate actors to reverse decades-long support for the Apartheid regime. My conscience compels me to stand with the Palestinians as they seek to use the same tactics of non-violence to further their efforts to end the oppression associated with the Israeli occupation.”

Those who turn a blind eye to injustice actually perpetuate injustice, added the prelate. “If you are neutral in situations of injustice, you have chosen the side of the oppressor.”

Surely the Pope, as the proclaimed Vicar of Jesus (peace be upon him) on earth, should have displayed this sort of courage in support of the downtrodden and oppressed in the Holy Land?